Sunbeam was formed in 1897 as the Chicago Flexible Shaft Company. The company originally manufactured and sold agricultural tools. By 1910 the company introduced the iron as its first electrical home appliance. Later other appliances such as mixers, toasters and coffeemakers were introduced. Sunbeam came to be known as a recognized designer, manufacturer and marketer of innovative consumer products aimed at improving lifestyle. In 1946, the company changed its name to Sunbeam Corporation. In 1960, Sunbeam acquired Oster which allowed Sunbeam to expand into other home products such as hair dryers and health and beauty appliances. The company later added electric blankets, mattresses, humidifiers, vaporizers and thermostats, among other innovations. Sunbeam soon became the leading manufacturer of electric appliances. The company survived the 1980’s as the US economy suffered, and many companies underwent acquisitions, restructuring, and closings. In 1981, Allegheny International acquired Sunbeam, and the company retained its name. In this acquisition, John Zink, manufacturer of air pollution-control devices and Hanson scale, manufacturer of bathroom scales, were added to the business. Unfortunately the undertow of the economy consumed the company as well, and Allegheny was forced into bankruptcy in 1988. In 1990, Michael Price, manager of Mutual Shares, corporate turnaround executive Paul Kazarian, and hedge fund manager Michael Steinhardt purchased the bankrupt Sunbeam. Under their leadership, Sunbeam went public as Sunbeam-Oster in 1992. Despite these obstacles, the board at Sunbeam felt that a profitable future was ahead, and they just had to search for someone to lead them in the right direction. Kazarian, who then became CEO, and Price retained 44% ownership in the company. The years following were tumultuous ones for Sunbeam. Executives at Sunbeam grew increasingly agitated at Kazarian €Ÿs no risk policies. Kazarian was reportedly hesitant to manufacture too much inventory in the event items would not sell making it difficult to fill retailer €Ÿs orders. More importantly, he was hesitant to invest in the development of new products, processes or facilities. This was particularly troubling to the board since Sunbeam €Ÿs longevity was dependent on its abilities to create innovative products for consumers at the lowest possible cost. In January 1993, Kazarian was forced out of the company due to his erratic behavior and abrasive management style. After that, Sunbeam recruited Roger Schipke to replaced Kazarian’s position. In the beginning Wall Street approved the Schipke’s strategies and leadership. Schipke able to bring in outside executive to inject new ideas. These effort resulted an increasing of new product offering. Revenues had increase by 10% and stock price increase by 22%. However, In December 1995 was not as rosy as expected. The Sunbeam’s stock had dropped over 15% per share. Schipke explained in his letter to the shareholders in the 1995 annual report that the disappointing results were due to factors out of his control. Sunbeam had experienced price increases for raw materials and commodities that could not be passed along to the consumer given the competitive retail environment. Finally, Schipke resign early in 1996. 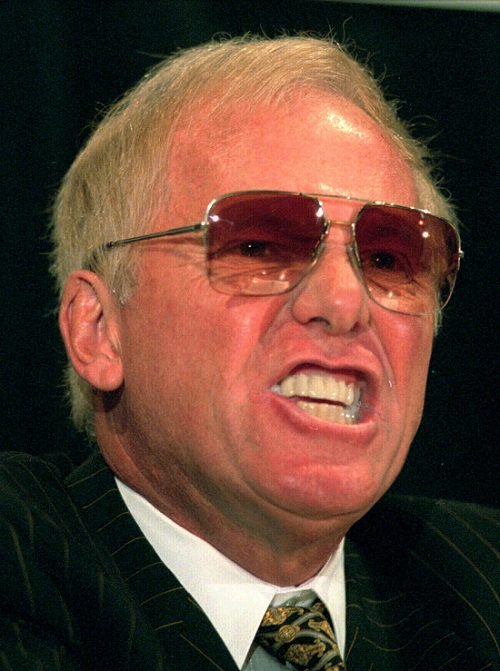 In July 1996, Sunbeam’s BOD hired Albert J Dunlap as CEO and Chairman to revive the company from period when Sunbeam’s sale and profit is continuously fall and make an attractive acquisition target. Al Dunlap had a reputation of quick corporate turnarounds resulting in dramatic increases in share value. His management philosophy was based on the premise that maximization of shareholder wealth should be the primary goal of the firm. His strategy was to cut costs at all levels of the organization and return the corporate focus to its core products while searching for a buyer for the newly-organized company. His strategy is to take sick company and turn it around within a year. At Scott Paper, Dunlap fired 35% of all the employees and 71% of the corporate staff raising the stock price from $38.00 to $120.00 and sold the company to Kimberly Clark for more than $6B. Due to his past success, Al Dunlap was hired to turn around Sunbeam. When Albert Dunlap took over the company in 1996, it had more than 12,000 SKUs, 12,000 employees, 26 worldwide factories, 61 warehouses, and six headquarters.

Finally Dunlap got the promises, 1997 proved to be great year Sunbeam when the stock price sky-rocketing to $50 per share from over $15 per share. Sales and net income had reached record levels by the fourth quarter. The stock price was the highest in the industry, selling at 2-3 times its competitors. Sunbeam realized an overall sales increase for the year of 22% with earnings higher than analyst expectations. In a press release, Dunlap explained that the increase in earnings was partially due to the introduction of 35 new U.S. products and 54 new international products. International sales were up 34% for the year and domestic sales benefitted from the opening of 22 factory outlet stores. Dunlap was also pleased to announce that in the 4th quarter, they had achieved 20% operating margins with a 17% overall operating margin for the year.9 Dunlap was even more optimistic in his 1998 forecasts. He expected Sunbeam to have another record year achieved by continuing with their global expansion and introduction of new and innovative product lines. In Fact, Wall Street appreciated Dunlap’s no-nonsense approach to management as reflected in the rise of the company €Ÿs stock price.

After Dunlap is hired as CEO then Dunlap ask Sunbeam’s BOD for recruited Russell Kersh as a partner to be CFO of Sunbeam. Dunlap or “Chainsaw Al” had done for 1997 to eliminate half of Sunbeam 6000 employees and 87% of Sunbeam product but in fact, 1997 reported sales raise 18,7%. Al Dunlap made drastic operational changes to Sunbeam while on his recent downsizing rampage, including cutting 50% of employees, closing 18 of 26 factories, 37 of 61 warehouses and 39 of 53 facilities, and eliminating 87% of the company’s products. While this restructuring appear to have been successful, evidenced in higher revenues, a soaring stock price and healthy profits in 1997, it is really too early to declare Sunbeam a winner after just one good year until there is some evidence of positive long-term trends. Then in March 1998, Sunbeam success acquisition three companies Coleman stoves, Mr Coffee, and First Alert by paid around $2.5 billion. For this achievement Dunlap rewarded with $2 million annual salary and got stock option. Al also gave stock option to 250 of 300 top officer at Sunbeam. There was significant value for them to lose $1 million if they resign before end of period. The potential gain causes why senior executive endured by Dunlap’s intimidation.

A lot of achievement when Dunlap as CEO of Sunbeam such as increasing profit and success acquired three companies. Unfortunately, Al had used manipulative accounting technique to inflate Sunbeam’s financial result. The senior executive had success to create the illusion of great restructuring of Sunbeam in order to inflate its stock and thus increasing value as acquisition target. For this target, Al asked senior executive for used “number” that provided by him and Kersh. If there was deduction of number which is provided by Al could cover with others part for changing the “number” in order to Al’s target can be accepted by Wall Street.

A lot of way to achieve this target. Al used earning management technique to falsify Sunbeam’s   financial result and disguised its bad financial condition. In fact, senior executive created $35 million in improper restructuring reserves and do “cookie jar”, it means Al increasing   Sunbeam’s reserve (expense) as part of restructure in year ended 1996, so this way could improve income the next period. The overstatement of restructuring expenses by new installed management team or we called the “big bath” approach   because of the attribution of large losses to ousted management (leave it clean for the new team). Dunlap had fraud for reached achievement in Sunbeam. One of fraud that Dunlap have done is creating overstatement restructuring charges thus increase “cookie jar” reverses to be recovery at next period in other to would improve profit. Dunlap could cheating without board of director knew what he have done because Dunlap creating $35 million when Sunbeam restructuring and BOD’s though it fair if restructuring would spend many expenses. The create number that improper as follows:

Beside inflate profit, Dunlap also suspected in “bill and hold” sales. This activity began to be used in second quarter in 1997. It means Sunbeam inflated goods order for next period than real goods shipping and its bill payment. Sunbeam offered to hold the goods in Sunbeam’s warehouse until the requested. In addition, Sunbeam would guarantee the goods such as shipment and interest expense. In fact, Sunbeam had good “correlation” with wholesaler in order to easy to manipulated sales and inventory of Sunbeam.

Dunlap trick continuous to sales practice. Dunlap was not reported or nondisclosure infrequent sales as much $19.6 million of a one time sale in 1997 and without disclosure thus give investor a false report of sustainable sales. A lot of kind of sales which is unable to recognize as revenue but Dunlap recognize all sales as revenue and designed total of quick sales. Dunlap also deleted transaction record to conceal pending return of merchandise. Dunlap created “early-buy incentives” it means Sunbeam offered excessive discount to motivate customer make order before they would declare order actually. Bill and hold, early-buy incentive, and nondisclosure frequent sales would acquire as “Channel-stuffing”, it means overloading of distribution of channels by forcing the part of channels such as wholesaler, distributor, retailers etc. to acquire the goods before they would order them. This practice causes goods ordered clog up the channels and delay further order until the backlog is sold.

In other hand, Sunbeam’s executive erased Sunbeam’s computer system of product return authorization in first quarter of 1998. Although Sunbeam have to respect their agreement, many return were delayed so that the company reserve for return appeared to be adequate when it was understated and income correspondingly improved. Executive of Sunbeam also fraud in recognize of income when Sunbeam sales spare parts inventory to a company that had serviced Sunbeam product for a fixed fee per unit $11 million and $5 million income was recorded. Strangely executive of Sunbeam was extending the first quarter in 1998 from March 29 to 31. This way is purposed to increase sales in quarter. However, it was nondisclosure in financial statement of Sunbeam as much $38 million.

While the Dunlap and executive team were manipulating the financial reports, they were also making continuous stream of misleading statement to financial analysts, SEC, and stockholders. SEC though that this overstatement manipulative of Sunbeam’s income by 50%. It would influence to decision of investing public significantly.

Interestingly, there were two persons who knew about Dunlap’s fraud practice. They are Deidra DenDanto, 26-years old recently hired as member Sunbeam’s internal auditor staff and Andrew Shore, a stock analysis at Paine Weber. Deidra challenged the manipulative practices from the start, but got little support from supervisor. She resigned finally on April 3. Because of Deidra tragedy, Shore became wary to high inventory and account receivable levels Dunlap creating.

In addition, Sunbeam auditor, Arthur Anderson, after all tragedy happened, it is unreasonable for they didn’t know about the manipulation, poor internal control f sales, inventory, account receivable associated with the computer breakdown. Many people supposed that Anderson staff didn’t review the internal auditor reports. If they do it strategically, they would identify the abnormal growth of inventory and account receivable that Shore did. Dendra DenDanto, a internal auditors and ex-Arthur auditor knew of the accounting manipulations. how can the auditor in Arthur Anderson didn’t get evidence that financial statement was manipulated by executive’s Sunbeam. Arthur Anderson assumed that “number” in financial statement which was provided by Dunlap as not material.

Finally, due to manipulation of financial report, Sunbeam induced by SEC to provide the financial statement during six quarters. In 2001, SEC also accused Arthur Anderson was not competence in duty so Anderson agreed to pay Sunbeam’s shareholders $110 million to settle a class action lawsuit. The disadvantage of this cases reached number $4.4 billion and stock price decrease sharply from $52 per share to $7 per share.