Starbucks Corporation is an international coffee and coffee house chain based in Seattle, Washington, United States. It opened as a single small store opened in 1971 and became a coffee giant at the end of the millennium. Starbucks has led a coffee revolution in the United States and beyond. The store was opened by 3 men: Jerry Baldwin, Zev Siegl and Gordon Browker. Starbucks for first nine months bought coffee from Peet’s Coffee. Within first decade Starbucks opened five stores. 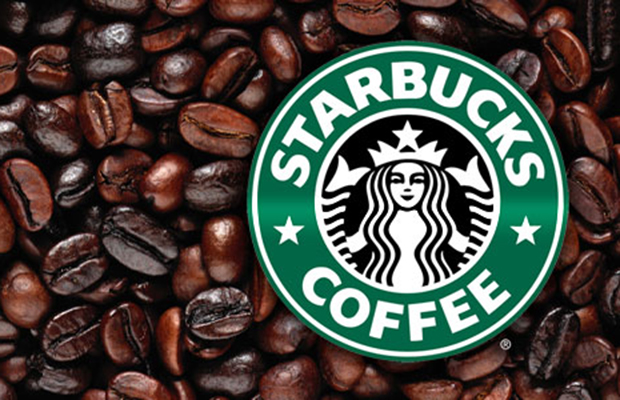 In 1983, Starbucks bought Peet’s Coffee the same year, Howard Schultz who was hired in 1982 to manage the company’s retail sales and marketing, took a buying trip to Italy, where another coffee revelation took place. He visited Milan’s famous espresso bars and captivated by the culture of coffee and the romance of Italian coffee bars. He returned home determined to bring that type of culture to the United States but the higher authorities didn’t support him. As a result he left the company and decided to write business plan of his own. His parting with Starbucks was so amicable that the founders invested in Schultz’s vision, he then returned to Italy to do research, visiting coffee and espresso bars.

In 1986, he opened his first coffee bar in the Columbia Seafirst Center second was soon opened in Seattle and third in Vancouver. He also hired Dave Olsen, as a coffee consultant and employee trainer; he was the proprietor of one of the first bohemian espresso bars in Seattle. A year later Schultz was thriving while Starbucks was encountering frustration. Schultz then approached his old colleagues with an attractive offer: “how about $4 million for the six-unit Starbucks chain?” They sold, with Olsen remaining as Starbucks coffee buyer and roaster. He merged and changed the name to Starbucks; the company then became Starbucks Corporation and prepared to go national.

In August 1987 Starbucks Corporation had 11 stores and fewer than 100 employees. In October of that year it opened its first store in Chicago, and by 1989 there were nine Chicago Starbucks. Starbucks market was growing rapidly, in the United States sales grew from $50 million in 1983 to $500 million five years later. In 1988 Starbucks introduced a mail-order catalog; the company was serving mail-order customers in every state and operating 33 stores. By then the company’s reputation had grown steadily by word of mouth.

Starbucks installed a costly computer network and hired a specialist in information technology from McDonald’s Corporation to design a point-of-sale system via PCs for store managers to use. Every night all the information pass to Seattle headquarters. In 1990 the headquarters expanded and a new roasting plant was built.

Starbucks also developed a reputation for treating its employees well which results in low turnover in the food service industry. The company went public in 1992, the same year it opened its first stores in San Francisco, San Diego, Orange County, and Denver. By the year’s end there were total 165 stores. In 1993 Starbucks opened first East Coast store, in a premier location in Washington D.C. At the end of 1993 the chain had 275 stores and 425 one year later. Over the previous three years, sales had grown an average of 65 percent annually, with net income growing 70 to 100 percent a year during that time. Starbucks broke into important new markets in 1994, and purchased a 23-store rival based Coffee Connection. There was unexpected increase in sales when in 1995 Starbucks launched a frozen coffee drink called Frappuccino in its stores. That same year, Starbucks began supplying coffee for United Airlines flights.

For the first time, the company ventured overseas the following year. They initially started by joint venture and licensing with local retailers. In Japan the first foreign market was developed with the help of SZABY Inc., a Japanese retailer and restaurateur, through other partnerships they also opened in Hawaii and Singapore the same year and in 1997 they also opened in Philippines. They in 1996 partnership with Dreyer’s Grand Ice Cream, Inc. to develop and sell Starbucks Ice cream. Within eight months of introduction, the number one coffee ice cream in the United States. When they expanded in 1997 into Florida, Michigan and Wisconsin the total number of branches were 1,412 by the end of year. Sales reached up to $1 billion and net income hit $57.4 million. Critics complained that the company was deliberately locating its units near local coffee merchants to siphon off sales, sometimes placing a Starbucks directly across the street. In 1996 and 1997 residents in Toronto, San Francisco, Brooklyn, and Portland, Oregon, staged sidewalk protests to attempt to keep Starbucks out of their neighborhoods. In late 1999 the protesters took their anger out on several Starbucks stores which were then temporarily closed in the company’s hometown of Seattle.

Growth in the Pacific Rim continued with the opening of locations in Taiwan, Thailand, New Zealand, and Malaysia in 1998 and in China and South Korea in 1999. By early 2000 the number of Starbucks in Japan had reached 100. The company aimed to have 500 stores in the Pacific Rim by 2003. The Middle East was another target of global growth, but it was the United Kingdom that was the object of the company’s other big late 1990s push. In 1998 Starbucks acquired Seattle Coffee Company, the leading U.K. specialty coffee firm, for about $86 million in stock. There were more than 100 branches in United Kingdom by late 1999. Starbucks hoped to use its U.K. base for an invasion of the Continent, aiming for 500 stores in Europe by 2003.

Starbucks in 1998 entered into a long-term licensing agreement with Kraft Foods, Inc. for the marketing and distribution of Starbucks whole bean and ground coffee into grocery, warehouse club, and mass merchandise stores. The company also began experimenting with a full-service casual restaurant called Cafe Starbucks. In early 1999 through the purchase of Pasqua Coffee Co., a chain of coffee and sandwich shops with 56 units in California and New York. Starbucks had already developed its own in-house tea brand, Infusia, but it was replaced following the early 1999 acquisition of Tazo Tea Company, a Portland, Oregon-based maker of premium teas and related products with distribution through 5,000 retail outlets. In early 2000, the company did an agreement with Kozmo.com Inc., an operator of an Internet home-delivery service providing its customers with videos, snacks and other items.

History and Background of Starbucks – Timeline

1971 — Jerry Baldwin, Zev Siegl and Gordon Bowker opened Starbucks, the first store in Seattle’s Pike Place Market. The goal of the shop was to sell fresh roasted coffee beans and brewing and roasting accessories to customers from that region. At the beginning, it was a real success.

1982 — Howard Schultz had joined the group, as director of marketing and retail operations. Before that, he was just a plastic salesperson, who was providing to the Starbucks plastic drip-brewing thermoses. Starbucks began to provide coffee to the espresso bars and top restaurants.

1983 — Howard Schultz traveled to Italy, where he was impressed by the popularity of espresso bars from Milan. He saw the big potential to develop a quite similar business with coffeehouse culture in Seattle.

1984 — Howard Scultz convinced the founders of Starbucks to try the coffeehouse concept that he saw in Milan in downtown of Seattle. There, for the first time, a Starbucks ® CaffÃ¨ Latte has been served. That successful experience was the genesis for a new company that Schultz founded in 1985.

1985 — Howard Scultz opened “The Daily”/”Il Giornale”. He tried to recreate his experience, offering to people espresso beverages and brewed coffee on an Italian coffeehouse atmosphere. Everything was made from Starbucks ® coffee beans.

1987 -“Il Giornale” acquired the Starbucks assets for $3.7 million with some help from local investors. The name was changed with Starbucks Corporation. There were opened new stores in Chicago and Vancouver, Canada. Numbers of stores: 17.

1988 — There, were offered full health benefits to all eligible full-time employees. Number of stores: 33.

1990 — Starbucks expanded its headquarters in Seattle. Number of stores: 84.

1991 — Starbucks become the first U.S. Company that offered a stock option program that included also the part-time employees. In the same time was opened the first licensed airport store at Seattle’s International Airport. Number of stores: 116.

1992 — It was completed the initial public offering (IPO), that produced more cash for the company and caused the growing of Starbucks in the coffee industry. The common stock was traded on the NASDAQ National Market under the symbol SBUX. Numbers of stores: 165.

1993 — It was opened a roasting plant in Kent, Wash and it was announced the first two-for-one stock split. Numbers of stores: 272.

1995 — It began to serve and introduce new types of products (Frappuccino ® and Starbucks ® super premium ice cream). Also, it was announced the second two-for-one stock split and it was opened a new roasting facility in York, Pa. Number of stores: 677.

1996 — Starbucks had the first selling bottled Frappuccino ® in partnership with Pepsi-Cola (only in North America). There were opened stores in: Japan (the first store outside of North America) and Singapore. Number of stores: 1,015.

1998 — The Starbucks brand extended into the grocery channels across all over the U.S. Starbucks.com was launched and another stores appeared. Number of stores: 1,886.

1999 — Acquisition of Tazo Tea and partnership with Conservation International to promote lasting coffee growing practices. It is acquired, also, Hear Music and it is announced the third two-for-one stock split. Number of stores: 2,498.

2000 — Howard Schultz stepped aside from the chairman position to became the chief global strategist and Orin Smith was promoted chief executive officer (CEO). The company established a licensing agreement with TransFair USA to sell Fair-trade certified coffee in U.S. and Canada. Number of stores: 3,501.

2001 — Introducing ethical guidelines, in partnership with Conservation International seemed to be a good idea. In addition, it developed a new strategy, introducing the Starbucks Card and it announced the fourth two-for-one stock split. Number of stores: 4,709.

2002 — It was established in Lausanne, Switzerland Starbucks Coffee Trading Company (SCTC), because the increase of the company was unstoppable. Number of stores: 5,886.

2004 — It was open the first Farmer Support Center in San Jose, Costa Rica. In the same year it is also introduced the Starbucks Coffee Master Program. Number of stores: 8,569.

2005 — Jim Donald takes Orin Smith place and becomes president and chief executive officer. Also, in this year is bought Ethos Water and it is announced the fifth two-for-one stock split. Number of stores: 10,241.

2008 — Howard Schultz comes back as chief executive officer and he decides to acquire Coffee Equipment Company and its Clover ® brewing system. In additionally, it is launched My Starbucks Idea, the first online community where everyone can shares his ideas and it is brought on market the Pike Place RoastTM, which becomes very soon Starbucks top selling coffee. Number of stores: 16,680.

2009 — It is opened East Africa Farmer Support Center in Kigali, Rwanda. Personal note: it can be observe that because of the economic crisis there is a small difference in the number of shops between the years 2008-2009. Instead of raising their number like in the others years, surprisingly the number of stores decreased. In the next years, it also can be observe that the raisings are not so big like in the past. Number of stores: 16,635.

2011 — Happy 40th anniversary for Starbucks, meaning it is updated the brand identity and the month of global community service. For creating diversity it is acquired Evolution Fresh. (In my opinion that it is not the best idea they could have.) Number of stores: 17,003.

2012 — Starbucks ® Blonde Roast is implementing. More than that, Farmer Support Center it is open in Manizales, Colombia and it is acquired La Boulange ® bakery brand, diversifying their offer. Number of stores: 17,651 (as of July 1, 2012).