Attempts to provide a theoretical grounding to the practice of taxation are reflected in various theories of taxation, the evolution of which took place together with the development of various directions in economic thought. 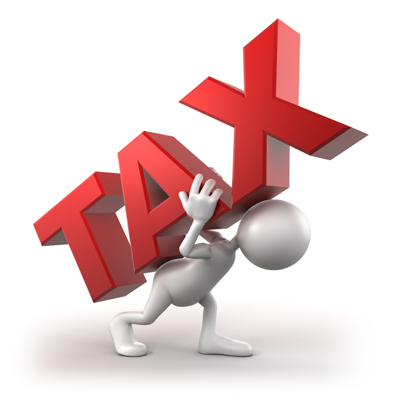 For a long time, the classical taxation theory was of most importance. As a result, taxation was only granted the fiscal role of providing state revenues. A. Smith is considered to be the father of the scientific taxation theory. In his monograph “An Inquiry into the Nature and Causes of the Wealth of Nations” Adam Smith gave a definition of the taxation system, indicating the main conditions for its formation and putting forward four main taxation principles: equity, determination, convenience and thrift of taxation administration. Smith’s work was developed later on by D. Ricardo, J. Mills, and W. Petty. All the theoretical deliberation and scientific debates of those years were focused on one singular aspect: that the execution of the taxation’s function–the provision of state revenues–is achieved on basis of the principles of equity and justice. Naturally, this theoretical approach to the nature and role of taxation changed in the course of many decades and centuries, when economic relations became more complex and the need for the intensification of the state’s regulatory role became more stringent. As a result, new theories of taxation emerged; among them there were two directions of economic thought, which had the most significant influence on the taxation policy of the countries with a developed market economy: the Keynesian and the neo-classical ones.

The initiator of the Keynesian taxation theory was John Keynes, who exposed its main principles in his book “The General Theory of Employment, Interest and Money,” in which he advocated state interventions in the processes of market economy regulation. According to Keynes, fast economic development must be based on a market expansion and an associated increase in consumption. As a result, state intervention is achieved at the level of effective demand. One of the main assumptions in Keynes’s theory is that economic growth is related to monetary savings only in conditions of full-employment. In the contrary case, large amounts of savings hinder economic development as they represent a passive form of income and are not invested in production; as a result the author suggested that surplus savings must be subtracted with the help of taxation. This is why the state must intervene with the purpose of subtracting income savings with the help of taxation in order to finance investments and cover state expenditures. Keynes argued that high level progressive taxation is necessary and that low tax rates lead to reduced state revenues and as a result contribute to economic instability. That is, according to Keynes taxes must play the most important role in the system of state regulation. High taxes stimulate economic activity; influence the stability of the economy and in the context of the economic system act as “integrated flexibility mechanisms.”

The neo-classical theory developed by J. Mutt, A. Laffer, and others is based on the assumption that the state is obligated to remove obstacles to free market competition because the market can and must regulate itself without external intervention; in addition, it can achieve economic equilibrium. Hence, this theory differs from the Keynesian one and assigns a rather passive role to state regulation of economic processes. According to this theory, taxation policy should be developed under the same assumptions: taxes must be as small as possible and corporations should be granted significant tax exemptions. Otherwise, a high tax burden would hinder economic activity and restraint the investment policies of corporations, which would lead to a downfall in the production funds renewal and in an economic recession. A restricted taxation policy would allow the market to provide independently for fast development and would lead to a significant expansion of the taxation basis.

Arthur Laffer contributed considerably to the neoclassical taxation theory. He established a quantitative relationship between progressive taxation and budget revenues, and developed the so-called “Laffer curve.” According to Laffer, an increase in the tax burden leads to an increase in state revenues only up to a level, where they start to decrease. The higher the tax rate, the higher the motivation for tax evasion. When the tax rate reaches a certain limit, entrepreneurship incentives are suppressed, the motivations for production expansion are reduced, taxable income decreases, and as a result, a part of the taxpayers will transfer from the legal to the shadow sector of the economy. Laffer considered that 30% of income is the maximum taxation rate that can be deducted for state budget purposes.

Taxation problems also constitute an important element of the neo-Keynesian theory. Fisher and Caldor considered necessary the division of taxation objects in accordance with consumption, by taxing the final cost of the consumed product and by taxing savings only as a % of the deposit. This led to the idea of a consumption tax, which is simultaneously a method for promoting savings and a tool for fighting inflation. The money assigned earlier for the purchase of consumer goods could now be used either for investments or for savings, which are transformed in capital investments with the help of the same budget policy–“the subtraction of the surplus savings.” Long-term savings in themselves serve as a factor for future economic growth. Caldor considered that the consumption tax introduced through progressive rates with the use of exemptions and tax allowances for separate types of goods (for example, for objects of everyday use), is more just for people with low incomes than a fixed sales tax. In addition, in comparison to the income tax, the consumption tax does not cover savings that are necessary for future investments, thus stimulating their growth.