A non-governmental organization (NGO) is an organization that is not part of a government and was not founded by states. NGOs are therefore typically independent of governments. Although the definition can technically include for-profit corporations, the term is generally restricted to social, cultural, legal, and environmental advocacy groups having goals that are noncommercial, primarily. NGOs are usually non-profit organizations that gain at least a portion of their funding from private sources. Current usage of the term is generally associated with the United Nations and authentic NGOs are those that are so designated by the UN. Because the label “NGO” is considered too broad by some, as it might cover anything that is non-governmental, many NGOs now prefer the term private voluntary organization (PVO).

There is a growing movement within the non-profit organization/non-government sector to define itself in a more constructive, accurate way. The “non-profit” designation is seen to be particularly dysfunctional because of at least three reasons: 1) It says nothing about the purpose of the organization, only what it is not; 2) It focuses the mind on “profit” as being the opposite of the organization’s purpose; 3) It implies that the organization has few financial resources, which increases the likelihood that it will. Instead of being defined by “non-” words, organizations are suggesting new terminology to describe the sector. The term “social benefit organization” (SBO) is being adopted by some organizations. This defines them in terms of their positive mission. The term “civil society organization” (CSO) has also been used by a growing number of organizations, such as the Center for the Study of Global Governance. The term “citizen sector organization” (CSO) has also been advocated to describe the sector – as one of citizens, for citizens. These labels, SBO and CSO, position the sector as its own entity, without relying on language used for the government or business sectors. However, some have argued that CSO is not particularly helpful, given that most NGOs are in fact funded by governments and business and that some NGOs are clearly hostile to independently organized people’s organizations. The term “social benefit organization” seems to avoid that problem, since it does not assume any particular structure, but rather focuses on the organization’s mission. 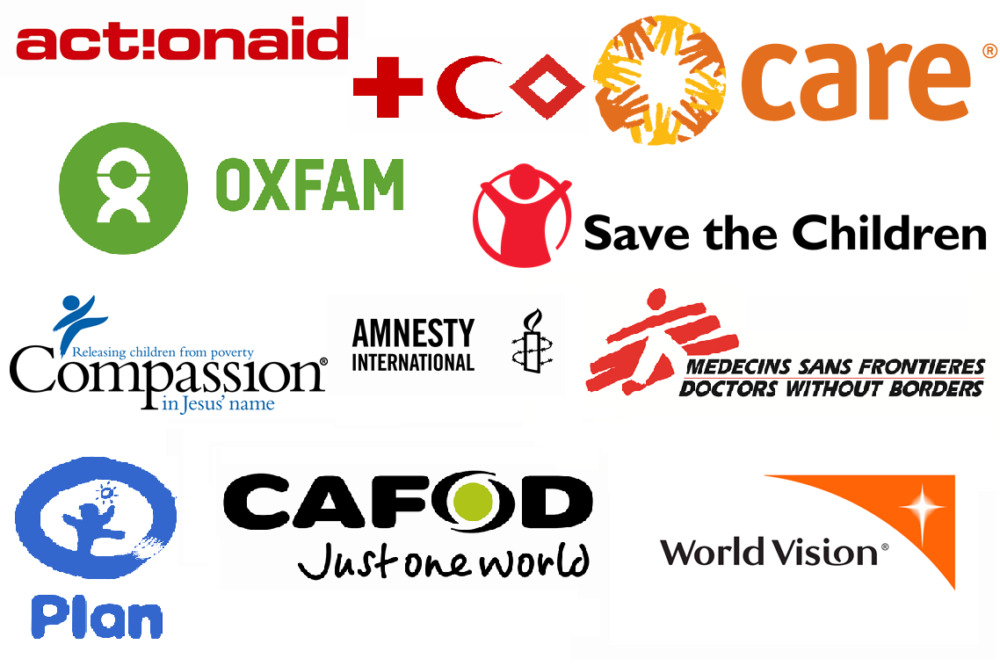 The term non-governmental organization or NGO was not in general currency before the UN was formed. When 132 international NGOs decided to co-operate with each other in 1910, they did so under the label, the Union of International Associations. The League of Nations officially referred to its “liaison with private organizations”, while many of these bodies at that time called themselves international institutes, international unions or simply international organizations. The first draft of the UN Charter did not make any mention of maintaining co-operation with private bodies. A variety of groups, mainly but not solely from the USA, lobbied to rectify this at the San Francisco conference, which established the UN in 1945. Not only did they succeed in introducing a provision for strengthening and formalizing the relations with private organizations previously maintained by the League, they also greatly enhanced the UN’s role in economic and social issues and upgraded the status of the Economic and Social Council (ECOSOC) to a “principal organ” of the UN. To clarify matters, new terminology was introduced to cover ECOSOC’s relationship with two types of international organizations. Under Article 70, “specialized agencies, established by intergovernmental agreement” could “participate without a vote in its deliberations”, while under Article 71 “non-governmental organizations” could have “suitable arrangements for consultation”. Thus, “specialized agencies” and “NGOs” became technical UN jargon. Unlike much UN jargon, the term, NGO, passed into popular usage, particularly from the early 1970s onwards.

Many diverse types of bodies are now described as being NGOs. There is no generally accepted definition of an NGO and the term carries different connotations in different circumstances. Nevertheless, there are some fundamental features. Clearly an NGO must be independent from the direct control of any government. In addition, there are three other generally accepted characteristics that exclude particular types of bodies from consideration. An NGO will not be constituted as a political party; it will be non-profit-making and it will be not be a criminal group, in particular it will be non-violent. These characteristics apply in general usage, because they match the conditions for recognition by the United Nations. The boundaries can sometimes be blurred: some NGOs may in practice be closely identified with a political party; many NGOs generate income from commercial activities, notably consultancy contracts or sales of publications; and a small number of NGOs may be associated with violent political protests. Nevertheless, an NGO is never constituted as a government bureaucracy, a party, a company, a criminal organization or a guerrilla group. Thus, for this article, an NGO is defined as an independent voluntary association of people acting together on a continuous basis, for some common purpose, other than achieving government office, making money or illegal activities.

There are numerous possibilities to classify NGOs. The following is the typology the World Bank uses;

Their primary purpose is the design and implementation of development-related projects. One categorization that is frequently used is the division into relief-oriented or development-oriented organizations; they can also be classified according to whether they stress service delivery or participation; or whether they are religious and secular; and whether they are more public or private-oriented. Operational NGOs can be community-based, national or international. Operational NGOs have to mobilize resources, in the form of financial donations, materials or volunteer labor, in order to sustain their projects and programs. This process may require quite complex organization. Charity shops, staffed by volunteers, in premises provided at nominal rents and selling donated goods, end up providing finance to the national headquarters. Students in their vacations or during a break in their education provide labor for projects. Finance obtained from grants or contracts, from governments, foundations or companies, require time and expertise spent on planning, preparing applications, budgeting, accounting and reporting. Major fund-raising events require skills in advertising, media relations and motivating supporters. Thus, operational NGOs need to possess an efficient headquarters bureaucracy, in addition to the operational staff in the field.

Their primary purpose is to defend or promote a specific cause. As opposed to operational project management, these organizations typically try to raise awareness, acceptance and knowledge by lobbying, press work and activist events.

Other Types of NGOs

NGO type can be understood by orientation and level of co-operation.

NGO Types by Level of Operation:

NGOs play a critical role in all areas of development. People and policy makers are agree on one thing that NGOs play a very important role in development. Role of NGOs vary over the years as the policy of government changes. NGOs are almost dependent on polices of government. Socio economic development is a shared responsibility of both i.e. government and NGOs. Role of NGOs are complementary but vary according to polices of government. If we closely pursue the voluminous literature on NGOs many roles can be found according to the expectations of people. The major development roles ascribed to NGOs are to act as:

Basically NGOs role is to prepare people for change. They empower the people to overcome psychological problem and opposition of oppress. Its role cannot be denied

Some NGOs see themselves as champions of the poor, lobbying government to give them a better deal.  Others play a watchdog role, ensuring that governments and utilities remain honest,  focused on  serving the people.  A third variety prefer to focus at ground level, finding ways to bring communities together to  provide basic services to those in most need. Many look to combine these roles within one organisation.

Partnerships can struggle to accommodate these different visions, making it hard to harness the skills, abilities and local contacts that NGOs offer to best effect.  NGOs themselves can be torn between engaging other stakeholders in order to provoke change from the inside and maintaining their independence from the outside. Equally, how partnerships can engage and relate to poor communities is not straightforward.   In some cases Community-Based Organisations are preferred to NGOs as partners.