The key factors seem to underlie the trend towards the increasing globalization of markets and production are the decline of barriers to trade and investment and the role of technological changes.


1. Decline of Barriers to Trade and Investment

Many of the barriers to international trade took the form of high tariffs on imports of manufactured goods. However, this depressed world demand and contributed to the great depression of the 1930’s.

After World War II, the industrialized countries of the West started a process of removing barriers to the free flow of goods, services, and capital between nations. Under GATT, over 140 nations negotiated even further to decrease tariffs and made significant progress on a number of non-tariff issues (e.g. intellectual property, trade in services). The most recent round of negotiations known as Uruguay round was competed in December 1993. The Uruguay round further reduced trade barriers, covering services as well as manufactured goods provided enhanced protection for patents, trade marks and copyrights and established WTO to police the international trading system. With the establishment of the WTO, a mechanism now exists for dispute resolution and the enforcement of trade laws. Average tariff rates have fallen significantly since 1950’s, and under the Uruguay agreement, they have approached 3.9 percent by 2000.

This removal of barriers to trade has taken place in conjunction with increased trade, world output, and foreign direct investment.

The growth of foreign direct investment is a direct result of nations liberalizing their regulations to allow foreign firms to invest in facilities and acquire local companies. With their investments, these foreign firms often also bring expertise and global connections that allow local operations to have a much broader reach than would have been possible for a purely domestic company.

The evidences also suggests that FDI is playing an increasing role in the global economy as firms increase their cross border investments. Between 1985 and 1995 the total annual flow of FDI from all countries increased nearly six fold to $135 billion, a growth rate in the world trade The major investors has been U.S, Japanese, and Western European Companies investing in Europe, Asia, (particularly in China, and India). For example, Japanese auto companies have been investing rapidly in Asian, European, and U.S auto assembly operations.

This also shows that firms around the globe are finding their home markets under attack from Foreign competitors. For example, in Japan, Kodak has taken market share from Fuji recent years. In the United States, Japanese firms have taken away market share from General motors, and Chrysler and in Western Europe where the once — dominant Dutch company Philips has seen its market share taken by Japan’s JVC, Matsushita and Sony.

The growing integration into a single huge market place is increasing the intensity of competition in a wide range of manufacturing and service industries.

These trends facilitate both the globalization of markets and globalization of production. The lowering trade and investment barriers also allows firms to base individual production activities at the optimal location for that activity, and serving the world market from that location. Thus, a firm might design a product in one country, produce component parts in two another country, assemble the product in yet another country, and then export the finished product around the world.

While lowering trade barriers has made the globalization of markets and production a possibility, technological changes have made it a reality.

“Telecommunications is creating a global audience. Transport is creating a global village. From Buenos Aires to Boston to Beijing, ordinary people are watching MTV, they are wearing Levi’s jeans, and they are listening to Sony Walkman as they commute to work.” Renato Ruggiero, Former Director General of World Trade Organization. 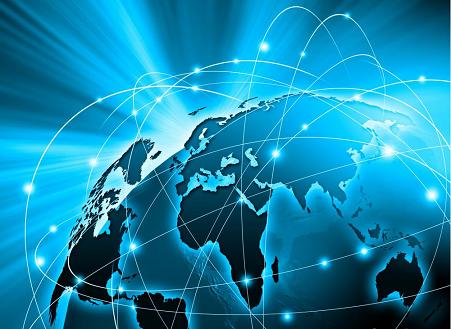 Improved information processing and communication allow firms to have better information about distant markets and coordinate activities worldwide. The explosive growth of the World Wide Web and the Internet provide a means to rapid communication of information and the ability of firms and individuals to find out about what is going on worldwide for a fraction of the cost and hassle as was required only a couple of years ago.

As a consequence of these trends, a manager in today’s firm operates in an environment that offers more opportunities, but is also more complex and competitive than that faced a generation ago. People now work with individuals and companies from many countries, and while communications technology, with the universality of English as the language of business, has decreased the absolute level of cultural difficulties individuals face, the frequency with which they face inter-cultural and international challenges has increased.