Collective bargaining involves discussions and negotiations between two groups as to the terms and conditions of employment. It is called ‘collective’ because both the employer and the employee act as a group rather than as individuals. It is known as ‘bargaining’ because the method of reaching an agreement involves proposals and counter proposals, offers and counter offers and other negotiations. 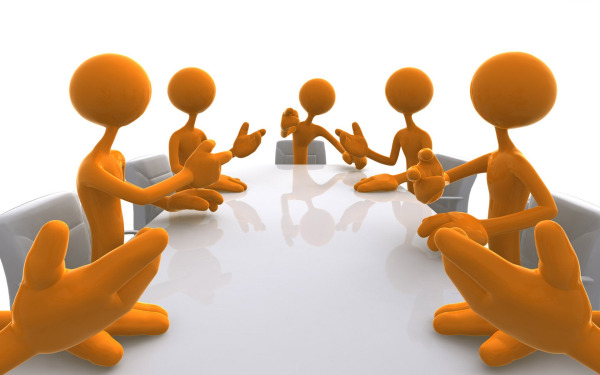 The main characteristics of collective bargaining are:

Steps in the Collective Bargaining Process

There are three distinct steps in the process of collective bargaining ; (1) the creation of the trade agreement, (2) the interpretation of the agreement, and (3) the enforcement of the agreement. Each of these steps has its particular character and him, and therefore, each requires a special kind of intellectual and moral activity and machinery.

1. The Creation of the Trade Agreement

In negotiating the contract, trade unions representatives and management present their demands to each other, compromise their differences, and agree on the conditions under which the workers are to be employed for the duration of the contract. The coverage of collective bargaining is very uneven; in some industries almost all the workers are under agreement, while in others only a small portion of the employees of the firms are covered by the agreement.

The negotiating process is the part of collective bargaining more likely to make headline news and attract public attention; wage increases are announced, ominous predictions about price increases are reduction in employment are made. And it is in the negotiating process that strikes and threats of strikes are most liable to occur, particular strikes which shut down an entire industry.

2. The Interpretation of the Agreement

The administrative process is the day-to-day application of the provisions of the contract to the work situation. At the time of writing the contract, it is impossible to foresee all the special problems which will arise in applying its provisions. Sometimes, it is a matter of differing interpretations of specific clause in the contract, sometimes, it is a question of whether the dispute is even covered by the contract. Nevertheless, each case must somehow be settled. The spirit of the contract should not be violated. The methods that management and the union pointly adopt for this purpose constitute the administrative process.

3. Enforcement of the Agreement

However, new contracts may be written to meet the problems involved in the previous contract. Furthermore, as day-to-day problems are solved, they set precedents for handling similar problems in future. Such precedents are almost as important as the contract in controlling the working conditions. In short, collective bargaining is not an on-and-off relationship that is kept in cold storage except when new contracts are drafted. Rather it is continuously, going relationship that takes on new dimensions each day.