An Introduction to Industrial Relations

Industrial relations constitute one of the most delicate and complex problems of the modern industrial society. This phenomenon of a new complex industrial set-up is directly attributable to the emergence of ‘Industrial Revolution”. The pre-industrial revolution period was characterized by a simple process of manufacture, small scale investment, local markets and small number of persons employed. All this led to close proximity between the manager and the managed. Due to personal and direct relationship between the employer and the employee it was easier to secure cooperation of the latter. Any grievance or misunderstanding on the part of either party could be promptly removed.   Also, there was no interference by the State in the economic activities of the people. Under such a set-up industrial relations were simple, direct and personal. This situation underwent a marked change with the advent of industrial revolution — size of the business increased needing investment of enormous financial and human resources, there emerged a new class of professional managers causing divorce between ownership and management, and relations between the employer and the employer became entranged and gradually antagonistic. This new set-up rendered the old philosophy of industrial relation irrelevant and gave rise to complex, indirect, and impersonal industrial relations. 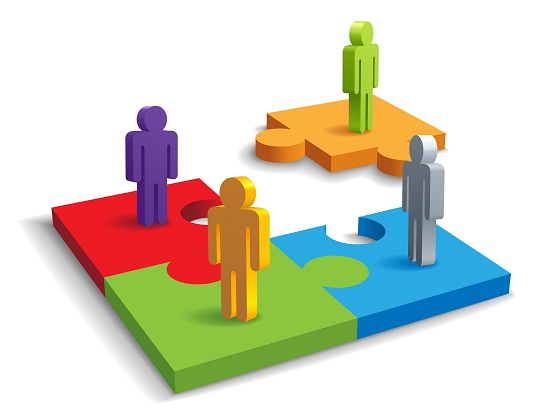 Industry today is neither viewed as a venture of employers alone nor profit if considered as its sole objective. It is considered to be a venture based on purposeful cooperation between management and labor in the process of production and maximum social good is regarded as its ultimate end and both management and employees contribute in their own way towards its success. Similarly, labor today is no more an unorganized mass of ignorant works ready to obey without resentment or protest the arbitrary and discretionary dictates of management. The management has to deal with employees today not as individuals but also as members of organized social groups who are very much conscious about their rights and have substantial bargaining strength. Hence, the objective of evolving and maintaining sound industrial relations is not only to find our ways and means to solve conflicts to resolve differences but also to secure the cooperation among the employees in the conduct of industry.

But maintaining smooth industrial relation is not an easy task. Almost all the industrialized countries of he world fact the problem of establishing and maintaining good management worker relationships in their industries. Each country has sought to find our solution, depending upon its economic, social and political environment. However, industrial conflict still arises and therefore establishment and maintenance of satisfactory industrial relations forms an important plank in the personnel policies of modern organization.

Meaning and Definition of Industrial Relations

Teed and Metcalfe observed  industrial relations are the composite approach of the attitudes and approaches of the employers and employees towards each other with regard to planning, supervision, direction and unification of the activities of a set up with less friction and more co-operation with mutual effort for others well-being.

In the broad sense, industrial relations cover all such relationships that a business enterprise maintains with various sections of the society such as workers, state, customers and public who come into its contact. In the narrow sense, it refers to all types of relationships between employer and employees, trade union and management, works and union and between workers and workers. It also includes all sorts of relationships at both formal and informal levels in the organization.

The term ‘industrial relations’ has been variously defined.

J.T. Dunlop defines industrial relations as “the complex interrelations among managers, workers and agencies of the governments”.

According to Dale Yoder “industrial relations is the process of management dealing with one or more unions with a view to negotiate and subsequently administer collective bargaining agreement or labor contract”.

The essences of good industrial relation lies in the bringing up of good labor relations which gives a forum to understand each other (employer, employee) properly. Creates co-operative thinking and working to achieve the goal of the organization. A good industrial relation increases the morale of employers and goods them to give their maximum, each think of their mutual interest which paves way for introduction of new methods, developments and leading to adoption of modern technology. This progressive ways when designed with their mutual interest and consent develops many incentive propositions, effective participators forum is created in management. Profit are shared, workers get their dues in the organization leading to job satisfaction-which is needed for good relations. Good industrial relation increase production, improves quality of work and products efficiency of workers increased. Cost of production lowered.

Bad industrial relations leads to industrial unrest industrial dispute and a downward trend to industries workers and the nation. Of course the first hit will be on the employers, who has invested.

Industrial worker and the employers normally don’t think, feel or act in precisely the same way and because each starts from a different point conflict of some fort can mover be eliminated completely. The main reasons for industrial discard, can be due to

Conflict can have some positive aspects also, they may give positive results like

From the words of Tata Steel management. “The welfare of the laboring classes must be one of the first cares of every employer, Any betterment of their conditions must proceed more from the employers downwards rather than be forced up by demands from below since labor, contented, well housed, well fed and generally well looked after, is not only an asset and advantages to the employer but serves to raise the standard of industry and labor in the country”

It is sheer injustice on the part of any management to take advantage of the poor, helpless conditions of workers and exploit them with more work extractions and less insufficient payment. Workers illiteracy and lack and training made them to work in unhealthy conditions for very low compensation. At this Juncture industrial relations need was felt to protect workers rights, wages etc. At the same time industrial relations cannot remain producing the rights of one side only in the industry they have to protect the rights of employers also. As such IR has declared through act, what are illegal strikes and various standing orders to protect the dignity of supervisors, managers and of course employers.

The main concept of industrial relations are

The parties to Industrial Relations are

In industrial relations, therefore, one seeks to study how people get on together at their work, what difficulties arise between them, how their relations including wages and working conditions etc., are regulated. Industrial relations, thus, include both ‘industrial relations’ and ‘collective relations’ as well as the role of the state in regulating these relations. Such a relationship is therefore complex and multidimensional resting on economic, social, psychological, ethical, occupational, political and legal levels. There are mainly two set of factors that determine the state of industrial relations — whether good or poor in any country. The first set of factors, described as ‘institutional factors’ include type of labor legislation, policy of state relating to labor and industry, extent and stage of development of trade unions and employers’ organizations and the type of social institutions. The other set of factors, described as ‘economic factors’ include the nature of economic organization capitalist, socialist technology, the sources of demand and supply in the labor market, the nature and composition of labor force etc.