Country size has some definite relation to international trade as to what is traded, how much is traded and so on. The classical trade theories do not go into country-by-country differences in size to deal with the lines of specialization. When a small and big country are involved, the small country may be pushed into specialization, but not the big one for all its need for the other product can’t be produced by the other small country, nor that small country take all export surplus of the big nation resulting from specialization. Thus a nexus exists between global trade and country size. 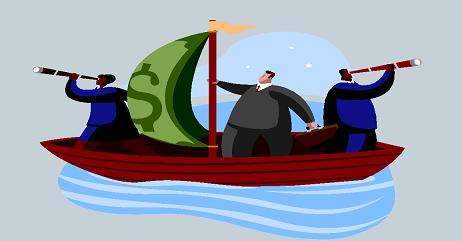 A model of technology gap was first written by Josiah Tucker in the mid-1700s. Tucker was the first writer to posit a “formal” model which made use of dynamic gains from trade in accounting for the evolution of trade patterns. In other words, Tucker developed cumulative causation model of trade in which the gains provided by specialization from trade create new opportunities for further growth and trade.

Tucker was profoundly interested in the relationship between the growth of poor countries and that of rich ones such as, his homeland, England. Specifically, several writers had expressed concern that England’s export markets would be taken over by poorer countries that could produce goods cheaper because of their lower wages and other costs. Tucker responded with an increasing returns argument that demonstrated the cost advantages of richer countries in the production of the most complex commodities:

The rich country not only has the best tools and technologies, but also the “superior Skill and Knowledge (acquired by long Habit and Experience) for inventing and making of more.” Moreover, the rich country need not rely only on the “genius” of its own manufacturers and farmers to maintain this pace of innovation. The high wages, easier access to capital, and greater “Exertion of Genius, Industry, and Ambition“will cause the best and brightest of the poor countries to emigrate to the rich ones, draining the “Flower of its [the poor countries] inhabitants“. This brain drain opens “larger competencies“, creates more employment for the natives, helps and improves old manufactures, and sets up new ones; thus impoverishing competitors, and the same time enriching tech “superior“: (Tucker 1974: 31)

The technology gap theory of international trade tells that a country that is competitive in the production of the complex goods will rule the global trade and achieve higher level of economic development. Poor countries produce simple commodities cheaply, while the more complex commodities are cheaper in the rich countries. Third world countries because of their technological backwardness are either primary goods exporters or just exporters of ores, while developed countries trade in top end electronic goods, pharmaceuticals, destructive missiles, etc.