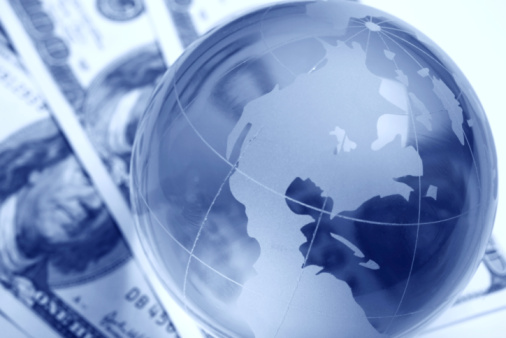 When a company plans to issue international equity, it decides about the size of the  issue, the market where the equities are to be issued, the price of the issue, and about many  other formalities. It approaches the lead manager normally an investment bank — which has a  better knowledge of the international financial market. The lead manager examines the risk  factors of the issue as well as its prospect. It suggest about the details of the issue as also  whether the shares are to be routed through the American depository or through the Global  depository. When the lead manager gives a green signal, the issuing company prepares the  prospectus, etc. and takes permission from the regulatory authorities. After getting approval  from the regulatory authorities, it deposits the shares to be issued with the custodian bank  located in the domestic country. The custodian bank is appointed by the depository in  consultation with the share issuing company.

When the shares are deposited with the custodian bank, the latter asks the depository  located in a foreign country to issue depository receipts in lieu of the shares held. The ratio  between the number of shares and the number of depository receipt is decided well before the  actual issue, In fact, the fixing up of the issue price or the ratio between the depository  receipts and the shares depends upon a host of economic variables. Generally the issues are  priced at discount insofar as the earning per share drops in proportion to the increase in  capital. The market price of depository receipt in international market is largely dependent  upon earnings potential, industry fundamental, and macro economic fundamentals.

When GDRs are purchased by the investors, the proceeds flow from the depository to  the custodian bank and from the custodian bank to the issuing company. The company enters  the name of the investor in the register of the shareholders. The investor has the right to  surrender GDRs and to take back the investment. For the surrender, the investor deposits the  GDRs with the depository who in turn informs the custodian who will issue the share  certificates in exchange for the GDRs. The proceeds from the sale of shares are converted  into foreign investors. It may be noted here that once the GDR is surrendered in exchange for  the shares, such shares cannot be converted back into GDRs.

Again the investors can sell the GDR back in the issuing company’s domestic capital  market. In order to discourage this practice, the issuer introduced a clause, known as lock in  period, during which this practice is prohibited.

In the process of the issue, the role of underwriting and listing is very important. The  lead manager functions normally as an underwriter and charges underwriting fee, the listing  agent, who is normally the lead manager, makes an application to the stock exchange for  listing. The agent guides the issuing company and helps it file the required documents with  the stock exchange. After the formalities are complete, GDRs are traded on the stock  exchange. There are also international clearing houses, such as Euro-clear and  CEDEL that  facilitate the settlement of transactions.

The question of voting rights is also important. Since GDR investors keep changing  from time to time, they do not seem very much interested in the voting rights even though  these cannot be denies to them. There are different procedures followed in this respect. One is  that the issuing company and the overseas depository enter into an agreement which enables a  depository to vote either with the majority voters or according to the wishes of the  management. In the other procedure, it is understood that the depository votes in the same  proportion as the rest of the shareholders do. Again, there is one more alternative where the  depository votes in accordance with the instructions of a nominee of the management.

The cost of international equity is normally not large, although commission,  management fee, etc, are paid to the lead manager according to the different functions  performed by it. The depository incurs some expenses. Theses approximate to 3-4 per cent  of the issue amount.

There are many documents used in the process of the issue of international equity.  These are:

Besides a subscription agreement is also enclosed the means of which the lead manager  and the syndicate members agree to subscribe to the issue.