Self-efficacy can be defined as an individual’s belief concerning their ability to meet desired outcomes in life and was first introduced by Albert Bandura. Bandura sets an establishment of relationship between a person’s own perceived self-efficacy and their attempt he/she is willing to expend to face challenges and goals throughout their life, specifically cognitive, affective, and motivational. The Cognitive Social Theory was framed by Bandura and his perceived self-efficacy which then became widespread as Mathias Jerusalem and Ralf Schwarzer established the one-dimensional, universal construct of the General Self-Efficacy Scale (GSE). 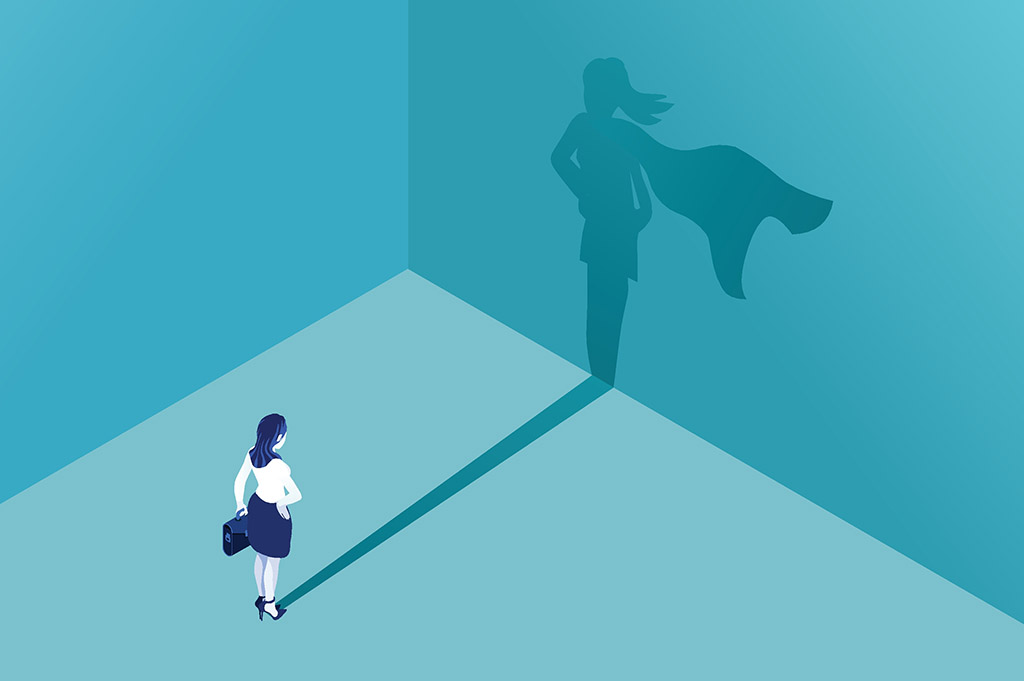 The General Self-Efficacy Scale (GSE) was later created by Jerusalem and Schwarzer which was developed in German in 1979. It later was adapted into 26 other languages by a various number of co-authors and was originally twenty items but was reduced to 10 in 1981. Actions can be seen as preshaped in thought and once certain actions are thought of or acted upon – individuals with high self-efficacy are known to invest more time, effort and persistence to situations than those with low self-efficacy. A study done Ultimately circling back to the way individuals look at themselves and their personality, well-being, how they handle stressful situations, self-regulation and self-esteem.

The main goal of the General Self-Efficacy Scale (GSE) is for individuals to take the test and answer honestly to the 10 item questions they are given. Based on the number they rank themselves decides whether they have high or low self-efficacy. The scale is almost always self-administered and is more of a questionnaire than a test, it is ten items and requires an average of four minutes to complete. All questions are answered on a scale from one to four: one being not at all true, two: hardly true, three: moderately true and four being exactly true. The English version of the GSE has questions such as: “I can always manage to solve difficult problems if I try hard enough” to “I can remain calm when facing difficulties because I can rely on my coping abilities”.  When answering the items, the one to four response format is recorded and the total score is then calculated by adding all the items which can range between ten to forty. Results are based out of a ten to forty scale, the closer to 10 the lower self-efficacy and individual has and the closer to forty,  indicate the individual having more self-efficacy.

There are no administrator requirements nor does it cost to administer as well. Many forms can be found in the internet and specifically on the GSE website where it is available in thirty-two different languages ranging from Arabic to Slovenian. The GSE is also mainly targeted toward the adult population including some adolescents, any individuals below the age of twelve should not be tested due to the lack of experience and unreliable information that may be given. Time allotted for the administration of the scale can range anywhere from two to four minutes depending on the individual and does not take long to calculate the results.

The reliability of the GSE has samples from twenty-three different nations where majority used Cronbach’s alpha. These ranged anywhere from .76 to .90 with the mean being in the high .80’s. There are also several latent measure out there that help to adopt a better understanding of the strength and boundaries of the GSE and how it relates to the reliability of the scale. Validity of the GSE is criterion-related and can be seen and documented in various correlation studies. These correlation studies have found “favorable emotions, dispositional optimism and work satisfaction” but there was also negative coefficients found such as “depression, anxiety, stress, burnout, and health complaints”.

Along with the reliability and validity of the scale, there are also many strengths and weaknesses to the GSE as well. Many strengths include how long the scale has been used, for over two decades it has been used and internationally. It can be suitable in a range of application such as personality types, job opportunities, and coping strategies and is a suitable indicator of an individual’s quality of life and may also be able to predict adaptation to major life changes such as life after surgery or after a devastating even such as a family member passing away. A major weakness is that the scale does not tap into specific changes to behaviors. For example, the scale does not say or show how an individual should change their outlook on life or other factors such as self-esteem and in most applications it is necessary to add a few extra items to cover certain content of the scale and what it is measuring.

Overall the General Self-Efficacy Scale (GSE) is a positive indicator of an individual’s outlook on  life and how well they may do in many social and professional situations based on the results and research done with the scale. It is a simple and useful scale to use and does not require rigorous work or time to find out the scores from individuals. There has been enough studies done for the scale to be a reliable and valid source to determine individuals self-efficacy and a good indicator of characteristics it correlates to.