Over the last few decades, there has been great concern regarding the sustainability and conservation of the environment. Environmental pollution and globalization have become the concern of most environmental protection agencies. The harmful and mortal effects of nitrogen oxide, which is a pollutant found in car exhaust have led the Environmental Protection Agency (EPA) to tighten emission control considering the attention paid to conservation and saving the green. These concerns have made the EPA constantly announce restrictions for standard emissions for all types of vehicles the sports car, heavy-duty trucks, automobiles, and other types of cars. These stringent measures are necessary considering that nitrogen gas emitted is harmful to human health and results in diseases such as asthma, premature death, bronchitis, and respiratory and cardiovascular. 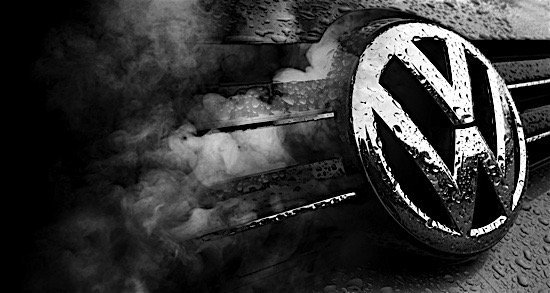 In 2015, the scandal regarding diesel cheat damaged the image of the Volkswagen Company. In light of the discovery of the diesel dupe of Volkswagen in 2015, the mechanism’s aim was to alter the detection of nitrogen oxide gas in Volkswagen diesel engines. The test of the emission of nitrogen oxide in the lab was thirty-five times more on the road hence endangering the lives of the people. The leadership of Volkswagen decided to take a shortcut in the production of their internationally recognized brand. This rigging scandal has had a bad reputation for Volkswagen leading to a series of consequences for its direct and indirect stakeholders. The harmful and mortal effects of nitrogen oxide, which is a pollutant found in car exhaust have led the Environmental Protection Agency (EPA) to tighten emission control considering the attention paid to conservation and saving the green. The management decided to pursue short-term needs forgetting the future prospects of the company.  The leadership of the company made a complete gamble with the stakeholder’s trust and resources. The cheat was in line with the stringent measures initiated by the EPA. These stringent measures are necessary considering that nitrogen gas emitted is harmful to human health and results in diseases such as asthma, premature death, bronchitis, and respiratory and cardiovascular. The Volkswagen Company’s reputation was severely damaged by the scandal leading to low revenue and other effects including law suites.

The scandal clearly reflects corporate misbehavior on the part of Volkswagen. The automakers manufacturing fuel-efficient diesel cars in the United States faced hardships due to these new stringent emission regulations. Volkswagen is among the automobile makers in the United States market that were new stringent regulations. However, in the year 2015, the EPA announced that Volkswagen was a diesel dupe following its strategy to deceive the emission test. Volkswagen managed to deceive the test by showing less emission in its engines than what the engine emitted in the real sense. Therefore, this article is aimed at analyzing the extent to which this issue of diesel dupe has ruined the reputation of Volkswagen.

The Impact the Diesel Dupe had on Volkswagen

In the previous year before the rigging scandal, Volkswagen was among the leading automobile producer in the automobile industry just second after Toyota Company. However, Volkswagen’s admission of guilt in the scandal had a series of effects on it and its operations and the company. The scandal severely damaged the company’s reputation in the automobile industry. Building a reputation in the business world takes time but destroying it is often fast, therefore, this has led to the Volkswagen Company bringing in three public relations company companies to help manage the crisis from Germany, Britain, and the United States. The implications of this deceit by Volkswagen leave the company in a bad condition considering that it has to deal with different regulations since the company is an international brand.

The Role of the Managers

Good leadership has three pillars that support it which are commitment, character, and competencies. Therefore, if any of these three values is not present then there is bound to be problems for the stakeholders, the manager, and the entire organization. In any organization, corporate social responsibility and sustainability have proven too challenging. This follows as managers are faced with the challenge of the tradeoff between the long and short-term decisions. This tradeoff often poses decisions between the survival of the business and its annual compensation, between long-term environmental factors and quarterly profits, and between short-term and long-term goals. Business schools must learn a better way to teach students about these tradeoffs and ways of handling them not ignore them. Resilience is key to financial sustainability. Therefore, business is capable of surviving natural disasters or financial crises. Moreover, the manager’s relationship with the employees, the environment, and the community results in resilience. Therefore, it is important that businesses not work against the institutions that enable their long-term success. However, the antithesis of sustainability is what the Volkswagen Company showed in 2015 through diesel dupe. It does not make any sense for the managers of Volkswagen to create this shortcut and be comfortable thinking it would lead to long-term success. The deception played on the consumers and the regulators compromised the long-term needs and success of the company despite achieving the short-term needs.

The decision the managers made regarding the tradeoff between short and long-term was surely misguided. Volkswagen is a company surrounded by competent staff and the managers are well educated and have vast experience in the industry. Therefore, tabling an argument that there was a shortage of expertise would be wrong and misguided. The strong desire of the managers to succeed at whatever cost is what brought this predicament to the company. They did everything with a sense of urgency and approached the challenges faced by the company with passion and vigor. The decisions these managers made, it is a case of failure in leadership. Research has concluded that drive, temperance, courage, humanity, collaboration, humility, integrity, accountability, justice, transcendence, and judgment are all qualities of a good leader and must all work together since using overusing one trait may result in liability. These traits are essential considering they enable a leader to think things through before making a decision. Moreover, the trait of justice helps in knowing the importance of giving back to society that ensures the success of the business and not harming them like in the case of Volkswagen.

In case the scandal regarding the cheat device would not occur, sixty people would have died a premature death in the United States alone by the end of 2016 due to the additional pollution the Volkswagen cars produce. The 428,000 Volkswagen and Audi diesel cars manufactured produced more nitrogen oxide gas forty times more than the standard allowed by the Clean Air Act in the period between 2008 and 2015. Researchers have concluded that every six years the cars Volkswagen and Audi produce an excess of about 36.7 million kg of nitrogen oxide, which is very bad for the environment and the health of human beings considering diseases like cardiovascular diseases and other respiratory diseases are caused by this emission.

Moreover, the research also stated that sixty people between the age of 10-20 are endangered by these emissions. Additionally, the effects of these emissions would result in the United States spending about $450 million on people over six years in the period between 2008 and 2015. There would be 140 premature deaths in the event Volkswagen failed to recall vehicles manufactured from 2015 onwards. Moreover, the Volkswagen diesel cars would cost about $840 million in health costs. Finally, acid rains are caused as a result of nitrogen oxide production in the atmosphere which leads to the destruction of property, and natural resources and badly affects the health of humans.

A bad reputation ruins businesses beyond recovery. Just as expected, Volkswagen faced a severe decline in revenue since the diesel cheat scandal. The scandal resulted in customers switching to its competitors disabling the sales of Volkswagen vehicles. For the first time since the year 2002, Volkswagen sales plunged throughout the world due to a bad reputation. Furthermore, the scandal affected every aspect of the Volkswagen brand considering even the share values slumped. The slump in share value started declining immediately after the scandal was revealed resulting in a one-third drop. The decline in revenue was expected considering no one wants to be associated with a company facing a scandal and no customers would buy products that cause health problems.

In light of the diesel scandal discovery, it is clear it was an act of pure conmanship. The company decided to make profits at the cost of its customers and the environment. This scandal clearly created a complicated situation for the stakeholders of the company. The actions of Volkswagen management were unethical to the business world leaving a bad name for the company. The management decided to pursue short-term needs forgetting the future prospects of the company. The scandal left the company in a series of cases including a violation of the Clean Air Act and a series of international laws. The leadership of the company made a complete gamble with the stakeholder’s trust and resources. The company had already established itself worldwide hence such a scandal cost it a huge price considering it would take a long time for it to get back to its glory days. The leadership of an organization is vital as it plays a significant role within the organization and its decisions may make or break the organization, therefore, in this case, Volkswagen’s leadership made a grave mistake.