The Bajaj Group is amongst the top 10 business houses in India. Its footprint stretches over a wide range of industries, spanning automobiles (two-wheelers and three-wheelers), home appliances, lighting, iron and steel, insurance, travel and finance. The group flagship company, Bajaj Auto, is ranked as the world’s fourth largest two- and three wheeler manufacturer and the Bajaj brand is well-known in over a dozen countries in Europe, Latin America, the US and Asia. 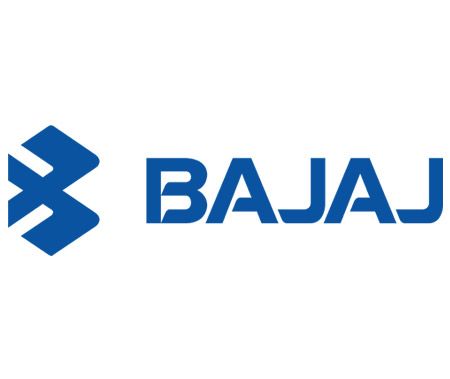 Founded in 1926, at the height of India’s movement for independence from the British, the group has an illustrious history. The integrity, dedication, resourcefulness and determination to succeed which are characteristic of the group today, are often traced back to its birth during those days of relentless devotion to a common cause. Jamnalal Bajaj, founder of the group, was a close confidant and disciple of Mahatma Gandhi. In fact, Gandhiji had adopted him as his son. This close relationship and his deep involvement in the independence movement did not leave Jamnalal Bajaj with much time to spend on his newly launched business venture. His son, Kamalnayan Bajaj, then 27 took over the reins of business in 1942. He too was close to Gandhiji and it was only after Independence in 1947, that he was able to give his full attention to the business. Kamalnayan Bajaj not only consolidated the group, but also diversified into various manufacturing activities.

The present Chairman and Managing Director of the group, Rahul Bajaj, took charge of the business in 1965. Under his leadership, the turnover of the Bajaj Auto the flagship company has gone up from Rs.72 million to Rs.46.16 billion (USD 936 million), its product portfolio has expanded from one to and the brand has found a global market. He is one of India’s most distinguished business leaders and internationally respected for his business acumen and entrepreneurial spirit.

Need For Change In Corporate Identity

The 59- year old institution, which is one of the country’s largest two- wheeler and three wheeler manufactures for a long time was accused of using obsolete technology that was polluting the air. They had lost their dominance in the scooter market. Although they were still the largest selling brand in the country, they did not have that overwhelming brand presence anymore. They lost their position because they failed to convince the consumers that they had environment friendly, stylish, sleek products.

A viewer at the Auto Expo2000 exhibition asked Mr. Rajeev Bajaj- ”Mr. Bajaj, why are you still making these old, ugly scooters and polluting three-wheelers?” There was a shift in the market preference from scooters to motorbikes. Now, they had an overwhelming share of the scooter market, but were very nascent in the motorcycle market. They yet had to make a major dent in the motorcycle market. Hence, their total market-share in the two-wheeler segment fell. The company failed to anticipate the consumer behavior. They thought they were going in the right direction, but they were not. “We are to be blamed for our market dominance slipping because we did not see it coming”- Mr. Rajeev Bajaj

In the late 1990s, Bajaj Auto faced an identity crisis. With stagnating scooter market and increased competition from the local and MNC players, Baja Auto had to quickly adapt to the evolving market or be rendered obsolete. Urban as well as Rural market was patronizing motorbikes and ignoring scooters. It also failed miserably in the overseas market. To make a dent in the overseas market it needed, the brand needed to command a certain image.

The re- branding for Auto Bajaj that has a 30- year-old legacy and was a consistent brand, a conscious decision was made, after witnessing the above reasons for the need to change. The job revamping and redesigning the company’s brand image, corporate identity and logo’s various manifestations was done by Elephant Design, a Pune based, Multi- disciplinary design office that has created redefined and repositioned several brands across a wide range of industry segments.

Say’s Deshpande, “The research resulted in qualitative analysis of the Opinions available and helped us take an informed decision”. They conducted this research in representative markets of North, West, and South India. They were positively surprised to find a huge acceptance of the designed identity and very favorable value fits.

They were also hopeful that the redesign would have a favorable impact on the business. According to them, the returns are more intangible since identity means symbol. And it symbolically represents what the company is about. Bajaj perhaps saw red when it realized that its blue and white logo had been there for far too long time. The company quickly set to work on a new identity and the result is all blue new logo, a modification of the older one that was officially launched at the Auto Expo Show in New Delhi in January 2004. Thus the old hexagonal blue and white logo of the company was replaced with a more dynamic, vibrant, stylized and trendy B. The brief by Bajaj to Elephant Design was that the B had to be retained.

Ashwini Deshpande, Director, Elephant Design, while talking about the philosophy behind the change in Bajaj’s identity, says that “Bajaj has been changing in many different ways over the years.” The manufacturing infrastructure has become high- tech too, there are a lot of emphases on research and development, and consumers have changed too. The customers are younger than what they used to be. Their exposure is much wider, expectations are very high, Bajaj has a very dynamic distribution and servicing set up and amid all this Bajaj is producing non- polluting and systematically as well technologically advanced vehicles. The change in Identity recognizes all these changes and presents an easier interface for audience to understand the change’.

The entire project that took about a year’s time to complete, including the following according Elephant Design: New Brand Map/ Brand Architecture for Bajaj Auto

Elephant had earlier worked with the Bajaj’s on the new look that the company gave its showrooms across the country.

The dowdy retail outlets were transformed into the more contemporary ‘Planet Bajaj’. Sudhi Sharma director, Elephant Design said, the new logo was very modern, dynamic, and stylish and looks inspiring confidence. It also symbolizes the new band excitement, excitement in engineering and speed, Sharma said. When someone says, “Times are changing…” Mr. Rahul Bajaj adds, “Let me assure you that Bajaj Auto will lead this change.

Bajaj Auto unveiled the new corporate identity on the 15th of January at the Auto Expo 2004, New Delhi. The white and blue reverse hexagonal symbol with Bajaj Auto in small all lettering, which stood in good stead for Bajaj Auto for many decades, finally paved way for a refreshing new look symbol with the Bajaj logotype in capital letters. The new identity arrives at a time when Bajaj Auto has successfully metamorphosed into a major motorcycle manufacturer with proven credentials in award winning Pulsar twins and also proved its technological capability with the introduction the revolutionary (Digital Twin Spark Ignition — DTSI Technology).

The new visual identity of Bajaj Auto emanates from the confirmation of core values, which Bajaj has identified as its brand values. The Brand essence for the new Bajaj has been defined as “Excitement”. Excitement engineering will deliver and inspire confidence in to various stakeholders like Bajaj has traditionally done. Bajaj promises to live its essence thru a set of five Brand Values of Learning, Innovation, Perfection, Speed and Transparency. The change in Identity is a part of the ongoing changes happening at Bajaj. At a time when Bajaj has state of the art manufacturing infrastructure, has an enviable distribution and service network, has created a benchmark R&D facility and at a time when the customer has changed in terms of its exposure to quality and style, the change in Identity will help invite a paradigm shift in consumer perception of the company.

The traditional hexagonal symbol has been replaced by an open abstract form of stylized B; the “flying B” as it has been named represents style and technology. It also has a strong association with the heritage of Bajaj since the external form has a hint of hexagon. “Flying B” form denotes speed and open form denotes the transparency.

The new Logotype is all capital BAJAJ, representing precision engineering and perfection. The logo is all confident bold stylistic lettering, which is very global in its outlook.

Bajaj has adopted a new tagline of “Inspiring Confidence”. In whatever the company does it seek to inspire confidence in its audience? Bajaj has traditionally enjoyed tremendous consumer support and plans to consolidate and move ahead on this. The Brand line appears below the Logotype in a script font. This font is to represent learning values at Bajaj and that Bajaj as a brand moves closer to customer.

The Identity has a fresh new Blue colour. This Blue represents stability and strength of Bajaj. Blue also represents high technology and precision engineering. The new Identity presents a futuristic face of the new global Bajaj. Elephant Design has been working with Bajaj on creating and implementing the new Bajaj_ identity. The new brand will manifest in all consumer and employee interfaces. Says, Rajiv Bajaj, Joint Managing Director, BAL, “Bajaj is on the cusp of a revolution brewing on various fronts, be it, exports, design, R&D, new models and marketing.” The company thus needed a new identity that would present the new philosophy. The sweeping changes happening at Bajaj Auto required a more dynamic, vibrant and exciting identity, which would also showcase inspiration and confidence through excitement engineering. The change in identity is expected to present an easier interface for the world to understand the new Bajaj with the same trustworthy values.”

“Hamara Bajaj” the age-old slogan, which was popular in every Indian household for more than three decades. Perhaps the only way that this company could retain its glory is by changing its attitude, image and of course, products. Having grown up singing the popular jingle “Buland Bharat ki buland tasveer…” it is rather alarming to get up one morning and seeing our very own Bajaj from “Hamara Bajaj” turned into “Inspiring Confidence”. After having understood the term ‘Corporate Identity’, it stands as the personality of the organization. It is therefore necessary to understand two main facets of identity- purpose and belonging.