General Electric, one of the most successful companies implementing Six Sigma, has estimated benefits on the order of $10 billion during the first five years of  implementation. GE first began Six Sigma in 1995 after Motorola and Allied Signal blazed the Six Sigma trail. Since then, thousands of companies around the world have discovered the far reaching benefits of Six Sigma, including Japan’s Taiichi Ohno used as a model for the Toyota Production System (TPS), did not let him down during bad economic times. 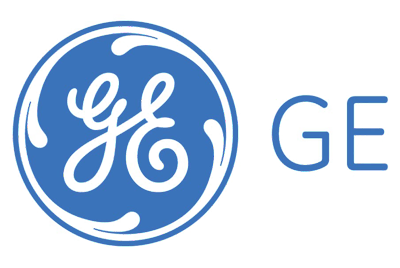 An Overview  of Six Sigma

Motorola coined the term “Six Sigma” and created the original formulas in the 1980’s. The result was a culture of quality that permeated throughout Motorola and led to a period of unprecedented growth and sales. The crowning achievement was being recognized with the Malcolm Baldrige National Quality Award.

Motorola factory that manufactured television sets in the United States, took over by Japanese management. Under Japanese management, the factory was soon producing TV sets with 1/20th the number of defects they had produced under Motorola management. In 80s the company responded to the competitive pressure by engaging in a publicity campaign decrying “unfair” competition and calling for political protection solutions. Finally, even Motorola’s own executives had to admit “our quality stinks,” and Motorola decided to take quality seriously. Motorola’s CEO at the time, Bob Galvin, started the company on the quality path and became a business icon largely as a result of what he accomplished in quality at Motorola. On January 15, 1987, Galvin launched a long term quality program, called “The Six Sigma Quality Program”. The program was a corporate program which established Six Sigma as the required capability level to approach the standard of 3.4 DPMO. This new standard was to be used in everything, that is, in products, processes, services and administration. The Corporate Policy Committee of Motorola then updated their quality goal as follows:

“Improve product and service quality ten times by 1989, and at least one hundred fold by 1991. Achieve Six Sigma capability by 1992. With a deep sense of urgency, Galvin spread dedication to quality to every facet of the corporation, and achieve a culture of continual improvement to assure Total Customer Satisfaction. There is only one ultimate goal: zero defects in everything we do.”

In concrete terms, Six Sigma translates into a target of no more than 3.4 defects per million products, customer services included. At the manufacturing end, this requires “vigorous designs” that accommodate reasonable variation in component parts while providing consistently uniform final products. Motorola employees record the defects found in every function of the business, and statistical technologies are made a part of each and every employee’s job. Reducing the “total cycle time” time from when a Motorola customer places an order until it is delivered is vital part of the company’s competitive advantage. Furthermore, the result of these efforts, Motorola can now perform such feats as producing pagers, cell phones in lots ranging from one unit to 100,000. Through mass customization the factory can fill a precise order within minutes of receiving it. Thanks in large part to its six sigma activities, the company dominates such key high-tech industries as pagers, cell phones, and mobile communications, and is a significant force in many others.

Today, net profit is no more the only objectives or goals that global manufacturers are aiming for. There are many aspects to consider surviving, sustaining, or competing in current turbulence global marketplace such as capturing more market share, establishing branding in market, acquiring weak competitors, developing Research & Development. In addition, many world-class manufacturers undertake continuous quality improvement initiatives to meet fast growing business’s challenges to improve operational efficiency and to drive quality across the enterprise.

Jack Welch, the former CEO of GE, decided to implement Six Sigma in GE in mid 1990’s. In January 1996, teaming with Six Sigma Academy, Welch announced the launch of Six Sigma at GE. At that time, he called Six Sigma the most ambitious undertaking the company had ever taken on. He stated: “Quality can truly change GE from one of the great companies to absolutely the greatest company in world business.” Needless to say that when GE does something, it does it all the way. Welch said to GE’s Corporate Executives: “Everyone in this room must lead the quality charge. There can be no spectators on this. What took Motorola ten years, we must do in five – not through shortcuts, but in learning from others”. From that moment, Jack Welch became the global promoter of Six Sigma.  Some of the key aspects of Jack’s approach when launching the Six Sigma program are:

And this actions gained a great success in profiting the company. There are four aims of Six Sigma’s implementing in GE: reducing cost, satisfying customers, gaining recognition of Wall Street and improving corporate synergies. Driving by these goals and associating with its own situation, GE combined Six Sigma standards with its service-oriented business (GE Capital Services and GE Medical Systems) and developed its own business process. To implement Six Sigma, GE formed a Six Sigma group to make special strategies and develop the training model. After the revolution of Six Sigma in GE, it produced a lot of benefits. The most direct benefits are the reduction of cost and increase in benefit.

In GE, “Quality” is not only a strategy to be competitive in global market but also opportunity to bring the company far a head (excel) compare to their competitors. Globalization and instant access to information, products, and services have changed the way customers conduct business. Old business’s models such, as loyalty is no longer applicable. Today’s competitive environment leaves no room for error. Company such as GE must delight their customers and relentlessly look for new ways to exceed the customers’ expectations. This is why Six Sigma Quality has become a part of GE’s culture. Jack Welch describes Six Sigma as “the most challenging and potentially rewarding initiative we have ever undertaken at General Electric”. The GE 1998 annual report states: “more than three quarters of a billion dollars in savings beyond our investment (in Six Sigma quality) with a billion and a half in sight for 1999. Moreover, in GE, it has been estimated that 20 to 25 percent of the overall cost of goods sold in the United States is spent on finding and correcting errors. Quality management programs today are, therefore, viewed many companies as productivity improvements programs.

In GE’s 2000 Annual Report, Welch announced an additional goal for the business improvement initiative, that was the reduction of lead times. Their focus had been on defect reduction, yet time in a process offered incredible opportunities for the business. They recognised that most of the tools of Six Sigma focused on reducing defects so additional tools were required and these came by integrating Six Sigma with Lean Manufacturing methodology.

There are two important contributions from GE’s way of implementation to the evolution of Six Sigma. First, Welch demonstrated the great paradigm of leadership. Second, Welch backed the Six Sigma program up with a strong rewards system to show his commitment to it. GE changed its incentive compensation plan for the entire company so that 60 percent of the bonus was based on financials and 40 percent on Six Sigma results. The new system successfully attracted GE employees’ attentions to Six Sigma. Moreover, Six Sigma training had become a prerequisite for advancement up GE’s corporate ladder. Welch insisted that no one would be considered for a management job without at least a Green Belt training by the end of 1998.

The traditional view of quality control was that it cost more to get higher product quality. But this no longer the prevalent view. Japanese manufacturers are credited with popularizing the notion that quality drives the productivity machine. This means that if production does it right the first time and produces products and services that are defect free, waste is eliminated and cost are reduced. In this new way of thinking, when operation managers work to eliminate defects, the quality of products and services is improved and at the same time productivity also improves. Costs are reduced as product quality improves because there are fewer products lost to scrap, fewer products returned for warranty work, and fewer interruptions to production.

Jidoka was introduced in the early 1950’s by Taiichi Ohno (Toyota Motor Company); Jidoka is based on the philosophy that all individuals should be personally responsible for the quality of the products they make. In the line process of Toyota, Jidoka pushbutton was introduced and all employees are authorized to stop the line by pressing one of these devices. Such action is taken for reason of quality, safety or pace of the line. With the process stand still, all attention is placed in correcting the fault for, until the problem is solved, all production is stopped. Similar responsibilities are typically an integral part of people’s roles in many Japanese firms. Here, the making and evaluation of products are clearly and firmly the responsibility of the same person.

The reason why does companies decide to emphasis in quality program could be much easier to justify because there are researches have proven that this cost are much cheaper than cost of quality. For example, cost of poor process such as internal failure cost results from defects that are discovered during the production of a service or product. They fall into to main categories: rework costs, which are incurred if some aspect of service must, performed again or if a defective item must be re-routed to some previous operation(s) to correct the defect and yield losses, which are incurred if a defective item must be scrapped. For example, an analysis of the viability of acquiring a company might be sent back to the mergers and acquisitions department if an assessment of the company’s history of environmental compliance is missing. Likewise, if the inspector at automobile paint shop has discovers that the paint on the car has poor finish; the car may have to completely re-painted. The additional time spent correcting such a mistake results in lower productivity for the sanding and painting departments. In addition, the car may not be finished by the date on which the customer is expecting it. Moreover, organizations can sometimes get too involved in “how to count defects” and report defect rates that they lose sight of the real value of Six Sigma, orchestrating process improvement and re-engineering (and bottom-line benefits) through the wise implementation of statistical techniques. If an organization does not apply Six Sigma techniques wisely, it will fail. by when this occurs there is the tendency to believe that the statistical techniques are not useful, when in fact the real problem is how the program was implemented and / or how the techniques were not effectively applied.

A good Six Sigma business strategy involves the measurement of how well business processes meet their objectives and offers strategies to make needed improvements. The application of the techniques to all functions results in a very high level of quality at reduced costs with a reduction in cycle time, resulting in improved profitability and a competitive advantage. It needs to be emphasized that organizations do not need to use all the measurement units that might be associated with Six Sigma. It is most important to choose the best set of measurements for their situation and focus their emphasis on the wise integration of statistical and other improvement tools.