Coca Cola’s history can be traced back to a man called Asa Candler, who bought a specific formula from a pharmacist named Smith Pemberton. Two years later, Asa founded his business and started production of soft drinks based on the formula he had bought. From then, the company grew to become the biggest producers of soft drinks with more than five hundred brands sold and consumed in more than two hundred nations worldwide.

Although the company is said to be the biggest bottler of soft drinks, they do not bottle much. Instead, Coca Cola Company manufactures a syrup concentrate, which is bought by bottlers all over the world. This distribution system ensures the soft drink is bottled by these smaller firms according to the company’s standards and guidelines. Although this franchised method of distribution is the primary method of distribution, the mother company has a key bottler in America, Coca Cola Refreshments.

In addition to soft drinks, which are Coca Cola’s main products, the company also produces diet soft drinks. These are variations of the original soft drinks with improvements in nutritional value, and reductions in sugar content. Saccharin replaced industrial sugar in 1963 so that the drinks could appeal to health-conscious consumers. A major cause for concern was the inter product competition which saw some sales dwindle in some products in favor of others.

Coca Cola started diversifying its products during the First World War when ‘Fanta’ was introduced. During World War 1, the heads of Coca Cola in Nazi Germany decided to establish a new soft drink into the market. During the ongoing war, America’s promotion in Germany was not acceptable. Therefore, he decided to use a new name and ‘Fanta’ was born. The creation was successful and production continued even after the war. ‘Sprite’ followed soon after.

In the 1990’s, health concerns among consumers of soft drinks forced their manufactures to consider altering the energy content of these products. ‘Minute Maid’ Juices, ‘PowerAde’ sports drinks, and a few flavored teas variants were Coca Cola’s initial reactions to this new interest. Although most of these new products were well received, some did not perform as well. An example of such was Coca Cola classic, dubbed C2.

Coca Cola Company has been a successful company for more than a century. This can be attributed partly to the nature of its products since soft drinks will always appeal to people. In addition to this, Coca Cola has one of the best commercial and public relations programs in the world. The company’s products can be found on adverts in virtually every corner of the globe. This success has led to its support for a wide range of sporting activities. Soccer, baseball, ice hockey, athletics and basketball are some of these sports, where Coca Cola is involved 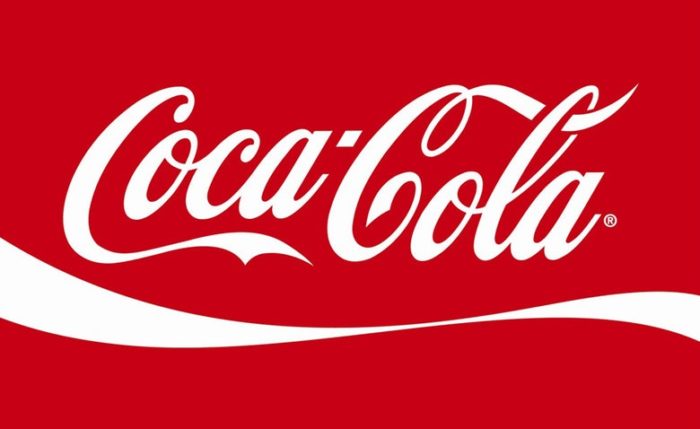 It is very important that each product that Coca Cola produces is of a high quality standard to ensure that each product is exactly the same. This is important as the company wants to meet with customer requirements and expectations. With the brand having such a global presence, it is vital that these checks are continually consistent. The standardized bottle of Coca Cola has elements that need to be checked whilst on the production line to make sure that a high quality is being met. The most common checks include ingredients, packaging and distribution. Much of the testing being taken place is during the production process, as machines and a small team of employees monitor progress. It is the responsibility of all of Coca Colas staff to check quality from hygiene operators to product and packaging quality. This shows that these constant checks require staff to be on the lookout for problems and take responsibility for this, to ensure maintained quality.

Coca-cola uses inspection throughout its production process, especially in the testing of the Coca-Cola formula to ensure that each product meets specific requirements. Inspection is normally referred to as the sampling of a product after production in order to take corrective action to maintain the quality of products. Coca-Cola has incorporated this method into their organisational structure as it has the ability of eliminating mistakes and maintaining high quality standards, thus reducing the chance of product recall. It is also easy to implement and is cost effective.

Coca-cola uses both Quality Control (QC) and Quality Assurance (QA) throughout its production process. QC mainly focuses on the production line itself, whereas QA focuses on its entire operations process and related functions, addressing potential problems very quickly. In QC and QA, state of the art computers check all aspects of the production process, maintaining consistency and quality by checking the consistency of the formula, the creation of the bottle (blowing), fill levels of each bottle, labeling of each bottle, overall increasing the speed of production and quality checks, which ensures that product demands are met. QC and QA helps reduce the risk of defective products reaching a customer; problems are found and resolved in the production process, for example, bottles that are considered to be defective are placed in a waiting area for inspection. QA also focuses on the quality of supplied goods to Coca-cola, for example sugar, which is supplied by Tate and Lyle. Coca-cola informs that they have never had a problem with their suppliers. QA can also involve the training of staff ensuring that employees understand how to operate machinery. Coca-Cola ensures that all members of staff receive training prior to their employment, so that employees can operate machinery efficiently. Machinery is also under constant maintenance, which requires highly skilled engineers to fix problems, and help Coca-cola maintain high outputs.

Coca-Cola also uses Total Quality Management (TQM), which involves the management of quality at every level of the organisation, including; suppliers, production, customers etc. This allows Coca-cola to retain/regain competitiveness to achieve increased customer satisfaction. Coca-cola uses this method to continuously improve the quality of their products. Teamwork is very important and Coca-cola ensures that every member of staff is involved in the production process, meaning that each employee understands their job/roles, thus improving morale and motivation, overall increasing productivity. TQM practices can also increase customer involvement as many organisations, including Coca-Cola relish the opportunity to receive feedback and information from their consumers. Overall, reducing waste and costs, provides Coca-cola with a competitive advantage.

Before production starts on the line cleaning quality tasks are performed to rinse internal pipelines, machines and equipment. This is often performed during a switch over of lines for example, changing Coke to Diet Coke to ensure that the taste is the same. This quality check is performed for both hygiene purposes and product quality. When these checks are performed the production process can begin.

Coca Cola uses a database system called Questar which enables them to perform checks on the line. For example, all materials are coded and each line is issued with a bill of materials before the process starts. This ensures that the correct materials are put on the line. This is a check that is designed to eliminate problems on the production line and is audited regularly. Without this system, product quality wouldn’t be assessed at this high level. Other quality checks on the line include packaging and carbonation which is monitored by an operator who notes down the values to ensure they are meeting standards.

To test product quality further lab technicians carry out over 2000 spot checks a day to ensure quality and consistency. This process can be prior to production or during production which can involve taking a sample of bottles off the production line. Quality tests include, the CO2 and sugar values, micro testing, packaging quality and cap tightness. These tests are designed so that total quality management ideas can be put forward. For example, one way in which Coca Cola has improved their production process is during the wrapping stage at the end of the line. The machine performed revolutions around the products wrapping it in plastic until the contents were secure. One initiative they adopted meant that one less revolution was needed. This idea however, did not impact on the quality of the packaging or the actual product therefore saving large amounts of money on packaging costs. This change has been beneficial to the organisation. Continuous improvement can also be used to adhere to environmental and social principles which the company has the responsibility to abide by. Continuous Improvement methods are sometimes easy to identify but could lead to a big changes within the organisation. The idea of continuous improvement is to reveal opportunities which could change the way something is performed. Any sources of waste, scrap or rework are potential projects which can be improved.

The successfulness of this system can be measured by assessing the consistency of the product quality. Coca Cola say that ‘Our Company’s Global Product Quality Index rating has consistently reached averages near 94 since 2007, with a 94.3 in 2010, while our Company Global Package Quality Index has steadily increased since 2007 to a 92.6 rating in 2010, our highest value to date’. This is an obvious indication this quality system is working well throughout the organisation. This increase of the index shows that the consistency of the products is being recognized by consumers.