As 2002 began, energy trader Enron Corp. found itself at the center of one of corporate America’s biggest scandals. In less than a year, Enron had gone from being considered one of the most innovative companies of the late 20th century to being deemed a byword for corruption and mismanagement. 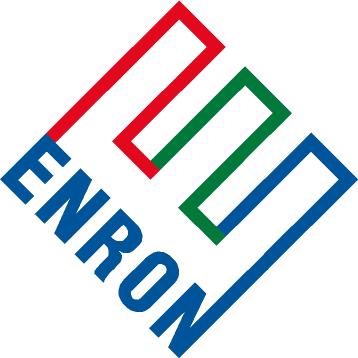 Enron was formed in July 1985 when Texas-based Houston Natural Gas merged with InterNorth, a Nebraska-based natural gas company. In its first few years, the new company was simply a natural gas provider, but by 1989 it had begun trading natural gas commodities, and in 1994 it began trading electricity.

The company introduced a number of revolutionary changes to energy trading, abetted by the changing nature of the energy markets, which were being deregulated in the 1990s and thus opening the door for new power traders and suppliers. Enron tailored electricity and natural gas contracts to reflect the cost of delivery to a specific destination–creating in essence, for the first time, a nationwide (and ultimately global) energy-trading network. In 1999 the company launched Enron Online, an Internet-based system, and by 2001 it was executing on-line trades worth about $2.5 billion a day.

By century’s end Enron had become one of the most successful companies in the world, having posted a 57% increase in sales between 1996 and 2000. At its peak the company controlled more than 25% of the “over the counter” energy-trading market–that is, trades conducted party-to-party rather than over an exchange, such as the New York Mercantile Exchange. Enron shares hit a 52-week high of $84.87 per share in the last week of 2000.

Much of Enron’s balance sheet, however, did not make sense to analysts. By the late 1990s, Enron had begun shuffling much of its debt obligations into offshore partnerships–many created by Chief Financial Officer Andrew Fastow. At the same time, the company was reporting inaccurate trading revenues. Some of the schemes traders used included serving as a middleman on a contract trade, linking up a buyer and a seller for a future contract, and then booking the entire sale as Enron revenue. Enron was also using its partnerships to sell contracts back and forth to itself and booking revenue each time.

In February 2001 Jeffrey Skilling, the president and chief operating officer, took over as Enron’s chief executive officer, while former CEO Kenneth Lay stayed on as chairman. In August, however, Skilling abruptly resigned, and Lay resumed the CEO role. By this point Lay had received an anonymous memo from Sherron Watkins, an Enron vice president who had become worried about the Fastow partnerships and who warned of possible accounting scandals.

As rumours about Enron’s troubles abounded, the firm shocked investors on October 16 when it announced that it was going to post a $638 million loss for the third quarter and take a $1.2 billion reduction in shareholder equity owing in part to Fastow’s partnerships. At the same time, some officials at Arthur Andersen LLP, Enron’s accountant, began shredding documents related to Enron audits.

By October 22 the Securities and Exchange Commission had begun an inquiry into Enron and the partnerships; a week later the inquiry had become a full investigation. Fastow was forced out, while Lay began calling government officials, including Federal Reserve Chairman Alan Greenspan, Treasury Secretary Paul O’Neill, and Commerce Secretary Donald Evans. In some cases, officials said, Lay was simply informing them of Enron’s troubles, but Lay reportedly asked for Evans to intervene with Moody’s Investors Service, which was considering downgrading Enron bonds to noninvestment-grade status. Evans declined.

On November 8 Enron revised its financial statements for the previous five years, acknowledging that instead of taking profits, it actually had posted $586 million in losses. Its stock value began to crater–it fell below $1 per share by the end of November and was delisted on Jan. 16, 2002.

On Nov. 9, 2001, rival energy trader Dynegy Inc. said it would purchase the company for $8 billion in stock. By the end of the month, however, Dynegy had backed out of the deal, citing Enron’s downgrade to “junk bond” status and continuing financial irregularities–Enron had just disclosed that it was trying to restructure a $690 million obligation, for which it was running the risk of defaulting.

On December 2 Enron, which a year before had been touted as the seventh largest company in the U.S., filed for Chapter 11 bankruptcy protection and sued Dynegy for wrongful termination of the failed acquisition. A month later Lay resigned, and the White House announced that the Department of Justice had begun a criminal investigation of Enron.

By mid-2002 the once-mighty company was in tatters. Enron’s energy-trading business had been sold off to the European bank UBS Warburg in January. Throughout the spring top Enron officials were subpoenaed to testify before congressional hearings. The majority of Enron’s employees were unemployed, and their stock plans had become almost worthless. In June Arthur Anderson was convicted in federal court of obstruction of justice, while many other American companies scrambled to reexamine or explain their own accounting practices. As investigations continued into Enron’s financial dealings, government connections, and possible involvement in California’s energy problems, it appeared likely that the political and economic fallout would be making headlines for some time.