Power is easy to feel but difficult to define. It is the potential ability of a person or group to influence another person or group. It is the ability to get things done the way one wants them to be done.Both formal and informal groups and individuals may have power; it does not need an official position or the backing of an institution to have power. Influence can take many forms. One person has influenced another if the second person’s opinions, behavior or perspectives have changed as a result of their interaction. Power is a factor at all levels of most organizations. It can be a factor in almost any organizational decision. 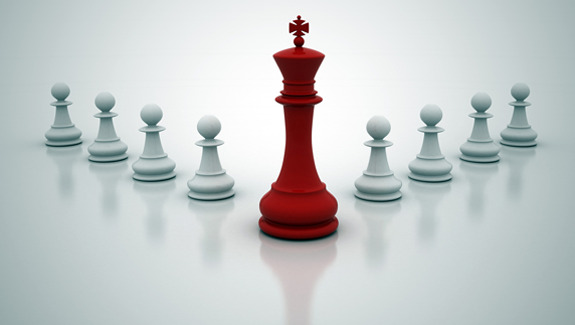 Sometimes power and authority is used synonymously because of their objective of influencing the behavior of others. However, there is difference between the two. Power does not have any legal sanctity while authority has such sanctity. Authority is institutional and is legitimate. Power, on the other hand, is personal and does not have any legitimacy. But stilt, power is a crucial factor in influencing the behavior in organizational situation.

Sources of Power in Management

How Managers Use Power

The use of legitimate power is seldom challenged in an organization; when a superior asks a sub-ordinate to do something, the sub-ordinate usually complies without resistance. However, the way the superior makes the request and follows it up are very important for ensuring the sub-ordinate’s future compliance and the growth of the superior’s referent power. Though the secretary does what the boss asks, still the boss could be cordial and polite when making requests and should whenever possible explain why a particular task needs to be done. The secretary who understands the importance of a task will be more likely to work enthusiastically on it.

The boss must follow normal procedures and make sure the request is appropriate. For instance, a vice-president whose secretary is busy should not assume that he or she can just ask a supervisor’s secretary to drop all other work and type a letter. Such by passing of the normal chain of command can cause hard feelings among all the people involved.

Most of these suggestions imply that managers must be sensitive to employees concerns. Managers who are insensitive to their employees may find that their legitimate power dwindles and that they must resort to coercive power.

The manager, before giving a reward, must be sure that the employee has actually done the job and done it well. Employees must know that they get rewarded for good work.

For some people, using coercive power is a natural response when something goes wrong. But often employees resist coercive power, resent it and losing respect for people using that type, of power. Hence, coercion is now generally recognized to be the most difficult form of punishment to use successfully in an organization.

Managers who wish to maintain their credibility should make threats only when they intend to carry through on them and should never threaten a punishment that they cannot bring about. A good manager will be such that the punishment fit the crime. For instance, warning an individual who uses copying machine to make -personal copies but firing someone who steals equipment from the organization. Public punishment makes everyone uneasy and humiliating and hence should be done private.

To gain power from their expertise, managers must make people aware of how much they know. Manager can use his expert power most effectively to address employee concerns. If a particular sales person faces any difficulty in selling a particular product and turns to manager for his help, the manager must be able to identify the defect and must be able to help and educate him.

Leaders have traditionally strengthened their referent power by hiring employees with backgrounds similar to their own. One of the most positive and subtle uses of referent power is the process of rote modeling. A respected manager who wants her employees to be punctual, considerate and creative can simply demonstrate those behaviors herself and her employees will likely imitate her actions.