Authority may be defined as the right to guide and direct the actions of others   and to secure from them responses which are appropriate to the attainment of the goals of the organization.

According to Barnard, ”Authority is the character of communication(order) in a formal organization by virtue of which it is accepted by a contributor to, or member of the organization as generating the action he contributes, that is, as governing or determining what he does or is not to do so far as the organization is concerned.”

Power refers to the ability or capacity to influence the  behavior  or attitudes of other individuals. A manager’s power may be considered as his ability to cause subordinates to do what the manager wishes them to do.  Power is an important means to enforce obedience to the rules, regulations and decisions of the organization. Power may be derived on personal or institutional bases. The use of power may affect the behavior of people in the desired manner. But it does not necessarily imply that the people are in agreement with the exercise of power. 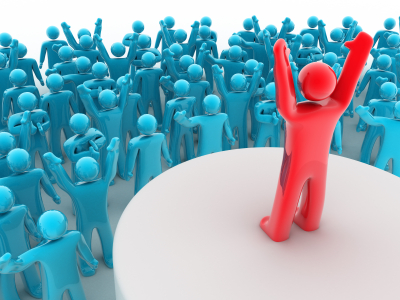 Difference Between Authority and Power

Though the concepts of Authority and Power are related to each other, there are some differences between them which are outlined as follows: