Perception is an important mediating cognitive process. Through this complex process, people make interpretations of the stimulus or situation they are faced with. Both selectivity and organization go into perceptual, interpretations. Externally, selectivity is affected by intensity, size, contrast, repetition, motion and novelty and familiarity. Internally, perceptual selectivity is influenced by the individual’s motivation, learning and personality. After the selective process filters the stimulus situation, the incoming information is organized into a meaningful whole.

Individual differences and uniqueness are largely the result of the cognitive processes. Although there are a number of cognitive processes, it is generally recognized that the perceptual process is a very important one. It is a process that takes place between the situation and the  behavior  and is most relevant to the study of organizational  behavior.  For example, the observation that a department head and a subordinate may react quite differently to the same top management directive can be better understood and explained by the perceptual process. 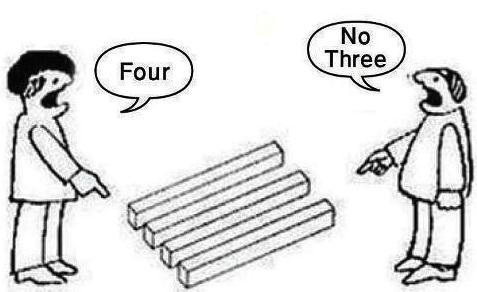 In the process of perception, people receive many different kinds of information through all five senses, assimilate them and then interpret them. Different people perceive the same information differently.  Hearing what we want to hear and ignoring information that conflicts with what we know can totally distort the intent or the content of the message.

Perception plays a key role in determining individual  behavior  in organizations. Organizations send messages in a variety of forms to their members regarding what they are expected to do and not to do. In spite of organizations sending clear messages, those messages are subject to distortion in the process of being perceived by organizational members. Hence, managers need to have a general understanding of the basic perceptual process.

The details of a particular situation affect the way a person perceives an object; the same person may perceive the same object very differently in different situations. The processes through which a person’s perceptions are altered by the situation include selection, organization, attribution, projection, stereotyping process, and the halo effect process. Among these, selective perception and stereotyping are particularly relevant to organizations.

Selective perception is the process of screening out information that we are uncomfortable with or that contradicts our beliefs. For example, a manager has a very positive attitude about a particular worker and one day he notices that the worker seems to be goofing up. Selective perception may make the manager to quickly disregard what he observed. For example, a manager who has formed a very negative attitude about a particular worker and he happens to observe a high performance from the same worker. In this case influenced by the selective perception process he too will disregard it.

Stereotyping is the process of categorizing or labeling people on the basis of a single attribute. Perceptions based on stereotypes about people’s sex exist more or less in all work places. Typically, these perceptions lead to the belief that an individual’s sex determines which tasks he or she will be able to perform. For example, if a woman is sitting behind the table in the office, she will be very often, perceived as a clerk and not an executive at first. But it would induce holding an exactly opposite assumption about a man. Stereotyping consists of three steps: identifying categories of people (like women, politician), associating certain characteristics with those categories (like passivity, dishonesty respectively) and then assuming that any one who fits a certain category must have those characteristics. For example, if dishonesty is associated with politicians, we are likely to assume that all politicians are dishonest.

For instance, if you observe that an employee is much more motivated than the people around (low consensus), is consistently motivated (high consistency), and seems to work hard no matter what the task (low distinctiveness) you might conclude that internal factors are causing that particular  behavior   Another example is of a manager who observes that an employee is late for a meeting. He might realize that this employee is the only one who-is late (low consensus), recall that he is often late for other meetings (high consistency), and subsequently recall that the same employee is sometimes late for work (low distinctiveness). This pattern of attributions might cause the manager to decide that the individual’s  behavior  requires a change. At this point, the manager might meet the subordinate to establish some disciplinary consequences to avoid future delays.