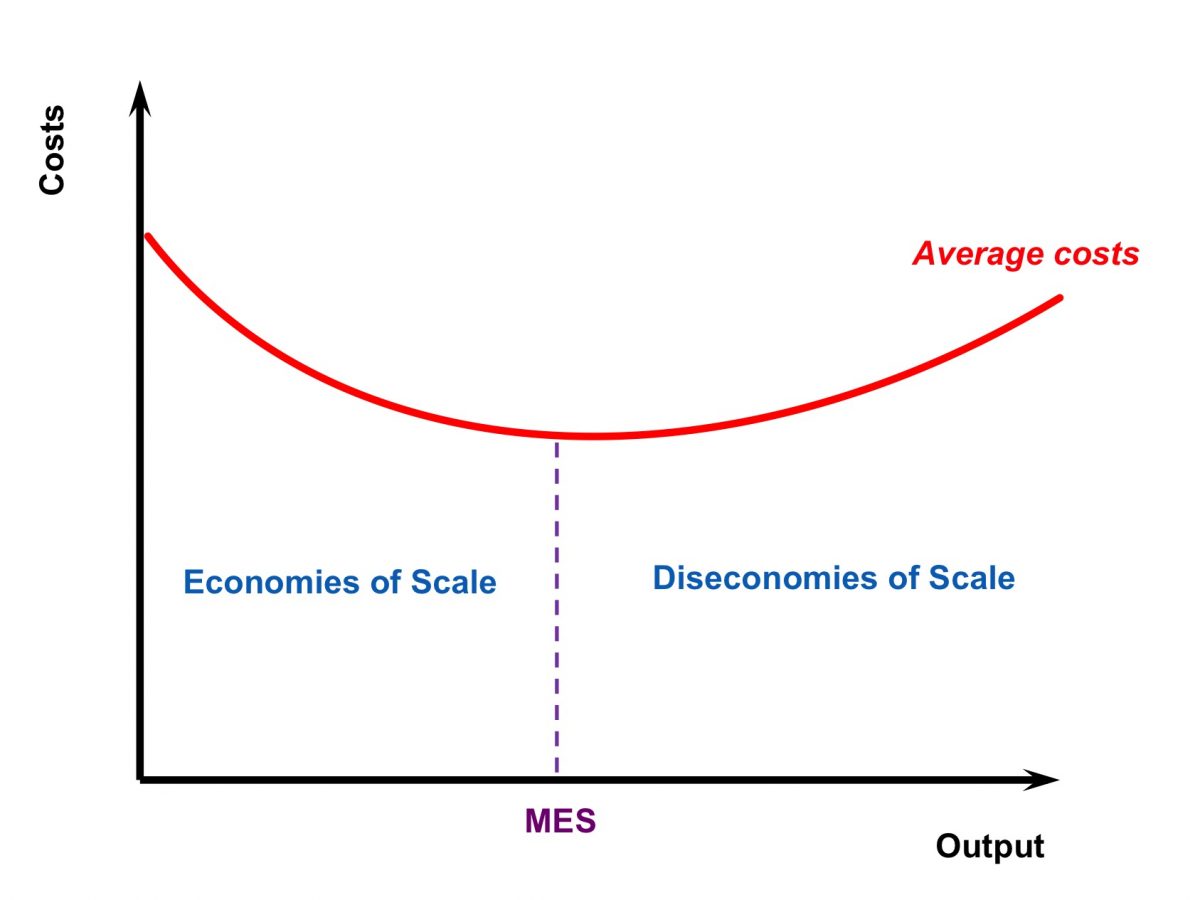 Internal Economies are those advantages which a firm enjoys from within itself by way of reduction in its average cost of production as its scale of operation expands. These Internal Economies can be estimated in advance and a firm can set out to secure them by a deliberate policy.

1. Technical Economies: When production is carried out on a large scale, the firm can fully utilize the unused capacity of the indivisible factors (e.g. plants and machines)   and thereby reduce the average cost of production immensely.

2.  Managerial Economies: On the managerial side, economies may be enjoyed   because a large firm can afford to employ specialists and apply the principle of division of  labor  in management. Experts can be employed to manage independently various departments, e.g. production, sales transport and personnel departments. Each department may be further subdivided into sections, e.g. Sales Department into sections for advertisement, exports and the survey of consumers’ welfare, etc.

3.  Commercial Economies: Commercial Economies accrue to the large firm both during   the time of buying of raw materials and in the process of selling the finished product. In its capacity as a buyer, the large firm places higher orders and hence enjoys preferential and concessional treatment from the suppliers of raw materials. On the sales side, too, varied types of advantages can be enjoyed, e.g.

4.  Financial Economies: A large firm can command better credits   and raise finances not only at lower rates of interest from the banks but also on liberal terms and conditions. A large firm can offer better security to bankers, and as it commands reputation, even individual investors are prepared to invest their funds with them.

The disadvantages accruing to the firm when it produces the output beyond a particular point, resulting in an increase in the average cost of production could be termed as diseconomies of scale. In the beginning as the output of the firm goes on increasing it begins to enjoy several advantages by way of reduction in the average cost of production which we have detailed as the economies of scale, but all these advantages or economies are converted into disadvantages or diseconomies, once the output crosses the optimum level. Following diseconomies are likely to arise beyond the level of optimum output.

2.  Economies of Information: As an industry grows in size, the workers doing the same type of job or making the same kind of product group themselves together in unions, associations and societies. These groups issue periodicals and publications which help in disseminating information regarding research, etc. As a result of this, the technique and methods of production improve and help the firms in reducing the cost.

Excessive concentration or localization of industries will result in diseconomies for the firms located within that region. The economies of transport, communication, labor and managerial economies will all be converted gradually into diseconomies.

Diseconomies of concentration may arise because of excessive pressure on transport. Transport bottlenecks and delays will be experienced in procuring raw materials and disposing of the final products. As the industry gets concentrated in a particular region, the demand for land will keep on increasing and therefore the land values will sore high. Thus rent begins to rise as the demand for labor goes on increasing the labor cost too will show a considerable rise. Further the labor unions of various firms within the region may unite and together ask for higher wages or else resort to strikes and go-slow tactics, which may result in a sharp decline in industrial production and consequently higher prices. The cost structure would be affected. The demand for capital too will increase because of localization in a particular region. Thus the cost of capital will rise and financial diseconomies will emerge. Power and raw material shortages will be experienced in the light of growing demand. As a result of localization of firms the geographical area will experience pollution. Excessive regional concentration of firms may lead to over-crowding and unhygienic conditions. Thus external economies, beyond a point will be converted into external diseconomies.