There are two approaches  to measuring advertising effectiveness, viz,, experimental method and survey method. Under experimental method, consumers are given a controlled exposure to the message and the effects are measured on the basis of the change in opinion or attitude. A base line is observed with the use of a control group not exposed to the advertising campaign.  The results of the exposure in almost all the situations are recorded. The alternative effects of each exposure are considered for comparison and with a view to establishing a relationship between the exposure and the effects. Field experiments are conducted to measure the effects of mass communication. Sample surveys or interviews or questionnaires are used to obtain information about people’s exposure to the advertising campaign. The effectiveness is evaluated on the basis of the correlations between the exposure and the attitude or action. 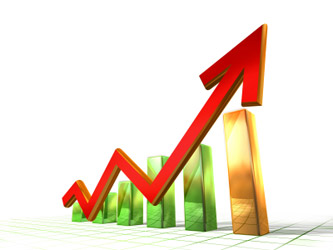 Pre-testing is preferred because it enables one to know how effective an advertisement is likely to be, before spending the budget and adopting advertising actions. The advertiser should use only those messages and media which prove to be the strongest in producing the desired results. It is important to adopt corrective methods against mistakes. Pre-testing may be of the following types:-

It is applied after the advertisement has ended to find out how far advertising has been successful. The objective of advertising is to arouse consumer awareness, his interest, desire and develop his attitude to the product. These are recognition tests, recall tests, attitude change, sales and recognition tests

Recognition test: It is developed by Danial Starch. It measures the readership of printed advertisements. It is also called the readership test. It is based on the assumption that there is a high correlation between the reading of the advertisement and the purchase of the product. A particular advertisement may be examined by sending the whole newspaper or magazine wherein it is published. Afterwards readers are approached to find out whether they have read the advertisements or not. The percentage of readership who have seen the advertisement and remember it, who recall seeing or reading any part of it, identifying the product and brand, and who reported reading at least one half of the advertisement is calculated. The relationship between readers per rupee and the median readers per rupee can be established. The advantage is that it measures something which has been realized under normal conditions. The recognition tests show the importance of each type of advertisement on the basis of the readership test. This is an uncontrolled interview and suffers from the problems of uncontrolled techniques of examination.

Recall Tests: A recall test depends on the memory of the respondents. This test is applied to measure the impression made by an advertisement on the reader’s mind. It is classified into two types — aided recall and unaided recall. Some have combined the two and made it a combined recall test.

The information on age, sex, education, occupation, etc. may establish a relationship between these factors and recall. This method measures the recall of qualified readers to assess the depth of penetration achieved by the advertised message.

The limitation of the test is the heavy cost involved in the study. It is affected by the variation in human memory. The audience may recall because it has seen the previous advertisements of the product.

Attitude Change: There are several techniques for the measurement of attitude change after the advertising has ended. These techniques are as follows:

Sales Test:  It is designed to evaluate the effects of advertising on the purchase behavior of the consumer. It is successfully applied to examine the consumer behavior to advertisements of consumption goods. Sales are effected after creating an image of and interest in, the product. With the help of sales audit and audience response, it is possible to evaluate the effects of advertising on sales. There are generally three types of sales tests, viz.,