Culture defines the people’s “way of life”, meaning the way they do things. Culture could be related to a specific country, a section of community or within an organization. A people’s culture includes their beliefs, rules of behavior, language, rituals, art, technology, styles of clothing, ways of producing and cooking food, religion, and political and economic systems. Culture is not inherited genetically; it must be learned and acquired. Socialization occurs when a person absorbs or learns the culture in which he or she is raised.

Marketing research should take into account the local culture of the country in which you wish to market. How marketing efforts interact with a culture determines the success or failure of a product. Advertising and promotion require special attention because they play a key role in communicating product concepts and benefits to the target customer.

Terpstra & Sarathy (2000) stated that Understanding the cultural environment of a country would assist marketers to adapt their marketing strategies if they take the ingredients(elements) of culture into consideration. The “Terpstra and Sarathy Cultural Framework” helps researchers to assess the cultural nature of an international market. It uses eight categories in its analysis. The Eight categories are Language, Religion, Values and Attitudes, Education, Social Organizations, Technology and Material Culture, Law and Politics and Aesthetics. 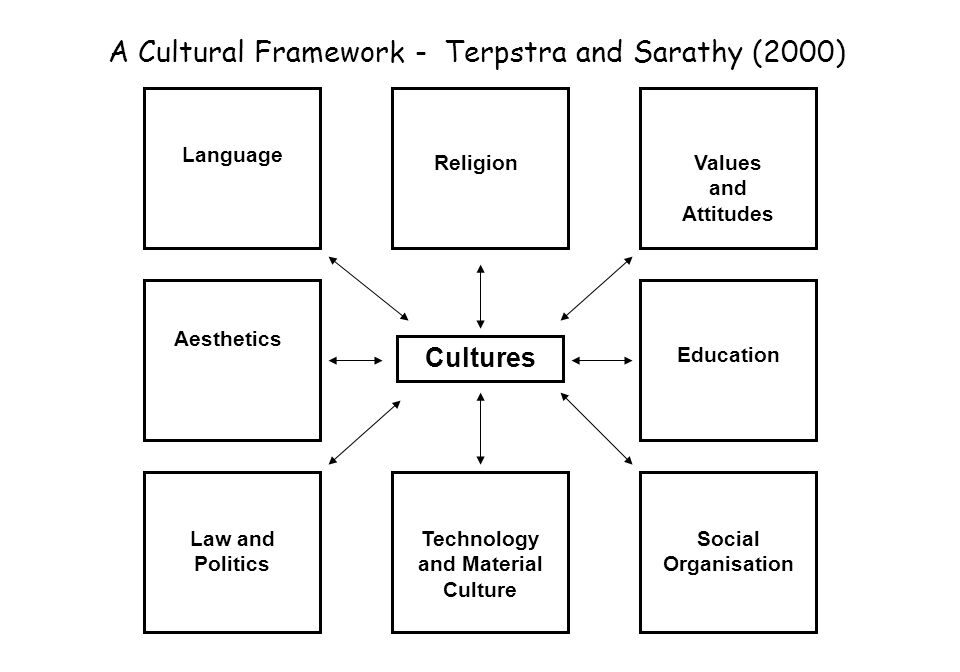