Change is inevitable in the life of an individual or organisation. In  today’s business world, most of the organisations are facing a dynamic and  changing business environment. They should either change or die, there is no  third alternative. Organisations that learn and cope with change will thrive and  flourish and others who fail to do so will be wiped out. The major forces which  make the changes not only desirable but inevitable are technological, economic,  political, social, legal, international and labor market environments. Recent  surveys of some major organisations around the world have shown that all  successful organisations are continuously interacting with the environment and  making changes in their structural design or philosophy or policies or strategies  as the need be. 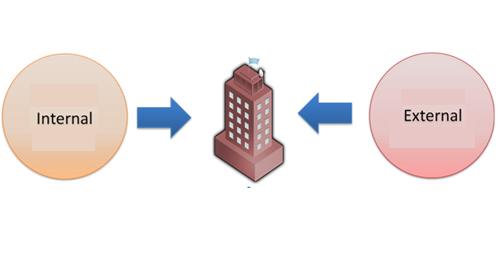 There are a number of factors both internal and external which affect  organisational functioning. Any change in these factors necessitates changes in  an organisation. The more important factors are as follows:

Internal forces for organizational change  are too many and it is very difficult to list them  comprehensively. However, major internal causes are explained as follows: