An individual, an organization, a government, or the global economy at any point of time may face debacles. This may come in any form and can devastate the present circumstances and can lead to difficult situations. Such occurrences are often termed as crisis. It is therefore defined as a major, unpredictable and upsetting event that intimidates to harm. Even though crisis is an unpredictable form of event, but it is not unanticipated.

Crisis is a threat to organizations, an unexpected element and short periods of risk. For an organization, crisis can be illustrated as an anomalous and uncharacteristic situation or perception, which is beyond the control of an organization and also threatens to impact their operation. 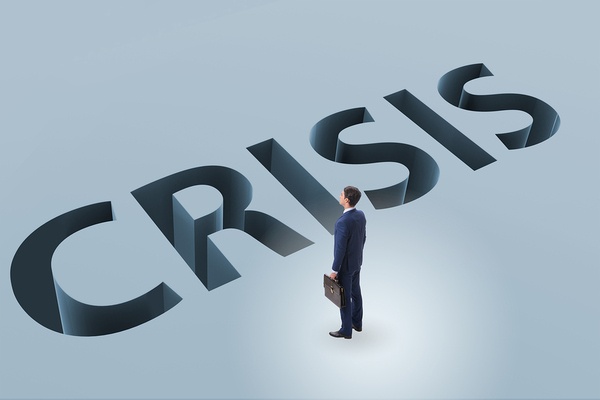 Several cases have also pointed out that if a possible crisis is identified at the initial stage, it will have least impact or the impact can be minimized to a large extent. On the other hand if a company fails to determine the possible crisis at the initial stage, it can adversely affect the operation of an organization. Even in some cases, a crisis can also threaten the survival of a business. Hence for them to survive and operate effectively in the market place, superior crisis management techniques and tools should be in place.

Crisis management is simply defined as a systematic effort to circumvent or manage the crisis that an organization may face during its lifetime. The concept of crisis management was initiated during the 1980s, when large number of environmental and industrial disasters took place. In order to manage a crisis effectively an organization should consider a systematic approach towards the improvement process as it is indispensable to safeguard the reputation of company along with its brands. Therefore companies should enlighten their customers about the happening and to some extent is necessary for survival.

In order to successfully diffuse a crisis, an organization at first, needs to know how to handle that crisis before it actually takes place.An effective crisis management consists three stages. The three phases are named as diagnosis of crisis, planning-prevention, and adjusting to changes.

Apart from that there is one more method by which companies can effectively handle crisis and is commonly known as corporate crisis management. In this context, the management of the organizations forecasts, identifies, examines and acts immediately upon the issue that led to the crisis. This approach enables organizations to deal with any form of crisis.

In order to give a real world example, Nokia has been chosen to depict, how actually a company deals and manages crisis. It was during the time of 2005-2006, when the company was charged with defective batteries. The battery that Nokia used to give with the handsets was BL-5C. Customers complained that the battery gets over heated after certain interval of time. Hence it was a product related crisis and can be termed as Product or Service Failure crisis. However, the situation did not remain curtailed to a product failure; it went on to become one of the largest PR crises of all time. The crisis had struck the company in such a way that the company in the subsequent years went on to record low sales. The company has taken early actions to minimize its impact. The strategy adopted by the company was to simply accept the product and replace the defective batteries. The company well understood that if they do not act in this way, their reputation will be strongly affected that may result in negative public relation. The decision of the company to replace all the affected batteries paid off and the company succeeded to a large extent. Although the company initially lost some customers, but later on after the implementation of this strategy Nokia regained the confidence of the customers. The company not only handled the situation effectively, but also displayed how they are prepared for any such occurrences in the future.

In the fall of 1982, a murderer added 65 milligrams of cyanide to some Tylenol capsules on store shelves, killing seven people, including three in one family. Johnson & Johnson recalled and destroyed 31 million capsules at a cost of $100 million. The affable CEO, James Burke, appeared in television ads and at news conferences informing consumers of the company’s actions. Tamper-resistant packaging was rapidly introduced, and Tylenol sales swiftly bounced back to near pre-crisis levels. Johnson & Johnson was again struck by a similar crisis in 1986 when a New York woman died on Feb. 8 after taking cyanide-laced Tylenol capsules. Johnson & Johnson was ready. Responding swiftly and smoothly to the new crisis, it immediately and indefinitely canceled all television commercials for Tylenol, established a toll-free telephone hot-line to answer consumer questions and offered refunds or exchanges to customers who had purchased Tylenol capsules. At week’s end, when another bottle of tainted Tylenol was discovered in a store, it took only a matter of minutes for the manufacturer to issue a nationwide warning that people should not use the medication in its capsule form.

When Odwalla’s apple juice was thought to be the cause of an outbreak of E. coli infection, the company lost a third of its market value. In October 1996, an outbreak of E. coli bacteria in Washington state, California, Colorado and British Columbia was traced to unpasteurized apple juice manufactured by natural juice maker Odwalla Inc. Forty-nine cases were reported, including the death of a small child. Within 24 hours, Odwalla conferred with the FDA and Washington state health officials; established a schedule of daily press briefings; sent out press releases which announced the recall; expressed remorse, concern and apology, and took responsibility for anyone harmed by their products; detailed symptoms of E. coli poisoning; and explained what consumers should do with any affected products. Odwalla then developed — through the help of consultants — effective thermal processes that would not harm the products’ flavors when production resumed. All of these steps were communicated through close relations with the media and through full-page newspaper ads.

Mattel Inc., the toy maker, has been plagued with more than 28 product recalls and in Summer of 2007, amongst problems with exports from China, faced two product recall in two weeks. The company did everything it could to get its message out, earning high marks from consumers and retailers. Though upset by the situation, they were appreciative of the company’s response. At Mattel, just after the 7 a.m. recall announcement by federal officials, a public relations staff of 16 was set to call reporters at the 40 biggest media outlets. They told each to check their e-mail for a news release outlining the recalls, invited them to a teleconference call with executives and scheduled TV appearances or phone conversations with Mattel’s chief executive. The Mattel CEO Robert Eckert did 14 TV interviews on a Tuesday in August and about 20 calls with individual reporters. By the week’s end, Mattel had responded to more than 300 media inquiries in the U.S. alone.

The Pepsi Corporation faced a crisis in 1993 which started with claims of syringes being found in cans of diet Pepsi. Pepsi urged stores not to remove the product from shelves while it had the cans and the situation investigated. This led to an arrest, which Pepsi made public and then followed with their first video news release, showing the production process to demonstrate that such tampering was impossible within their factories. A second video news release displayed the man arrested. A third video news release showed surveillance from a convenient store where a woman was caught replicating the tampering incident. The company simultaneously publicly worked with the FDA during the crisis. The Corporation was completely open with the public throughout, and every employee of Pepsi was kept aware of the details. This made public communications effective throughout the crisis. After the crisis had been resolved, the corporation ran a series of special campaigns designed to thank the public for standing by the corporation, along with coupons for further compensation. This case served as a design for how to handle other crisis situations

Meanwhile other companies such as Cadbury have also faced similar situation. It was related with a worm. The chocolate packets had worm in it and several complaints came forward for the same issue. The company managed the concern by launching a PR campaign within two weeks of the news outbreak. Celebrity endorsement also played a major role in the survival of the company. The campaigned helped them to regain consumer confidence within 3 months only. This shows how effective crisis management can actually offer quick and effective results to a company.