The goal of competitor analysis is to be able to predict a competitor’s probable future actions, especially those made in response to the actions of the focal business.  Competitor analysis has two primary activities, 1) obtaining information about important competitors, and 2) using that information to predict competitor behavior.  A competitor analysis should include the more important existing competitors as well as potential competitors such as those firms that might enter the industry.  Two complementary approaches are possible to identify the potential competitors. The first is demand-side based, comprised of firms satisfying the same set of customer needs. The second approach is supply-side based, identifying firms whose resource base,  technology, operations, and the like, is similar to that of the focal firm. 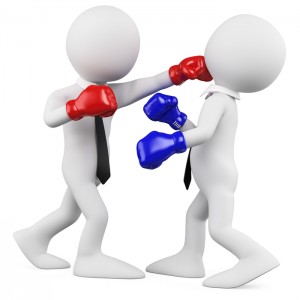 Certain pitfalls must be avoided while doing competitor analysis. These include:

The first step in Competitor Analysis  is to understand the goals of competitors, whether they are satisfied with their current position, whether they are likely to change strategy and also how they will react to competitor’s moves. Porter draws a distinction between threatening and non threatening moves.  Moves are non-threatening if competitors do not notice or are not concerned. In contrast, threatening moves are taken seriously by rivals. Before making such moves, it is important to estimate the likelihood, timing, effectiveness and extent of retaliation and assess whether the retaliation can be countered effectively. The response of a firm which gives importance to profitability is likely to be different from another, which emphasizes market share. Some strategic moves can threaten certain competitors more than the others, given their goals. In that case, there is greater likelihood of retaliation. The stated and unstated financial goals, capabilities and psyche of competitors of the industry must be studied carefully.

Analysis of competitors’ goals helps a firm to avoid retaliatory moves that can trigger off intense rivalry. For instance, a move to gain market share from a firm divesting its business, would not provoke any retaliation. On the other hand, rivalry may intensify if an attempt is made to grab market share from a firm which is trying to build the business. A low cost producer is likely to respond very aggressively to the price cutting moves of a competitor. On the other hand, a firm which focuses on differentiation and customer loyalty is less likely to retaliate.

It is important to understand the capabilities and psyche of competitors thoroughly. These include the competitor’s beliefs about its relative position, historical and emotional identification with particular products/policies, cultural factors, organizational values, the extent to which a competitor believes in conventional wisdom, etc. Historical information on the competitors’ past financial performance, track record in the market place, areas of success, past reactions to strategic moves etc. can also be very useful. It is also important to gain greater understanding about the top management, the types of strategies that have worked for the management in the past, other businesses with which the top management had been earlier associated, the events which have influenced top management in the past, the technical background of the management, etc.

A firm, serious about a competitive move must communicate clearly that it is committed to the move and has the necessary resources. Then rivals are more likely to resign themselves to the new position. Similarly, if a firm says it loud and clear that it will react strongly to moves by competitors, it may be able to deter them from making competitive moves. The greater the certainty with which the competitor sees the commitment being honored, the greater the deterrent value of the commitment. Competitors should understand that the firm has both the resources and resolve to carry out the commitment quickly.

Based on all these considerations, a firm has to select its strategy. An ideal strategy would prevent competitors from reacting. Such a situation arises when the legacy of the past makes some moves very costly for competitors to counter. Small and new firms often have little stake in the strategies practiced by industry leaders. These challengers can benefit substantially by pursuing strategies that penalize competitors for their stake in these existing strategies.