A firm having all or any of the following features may provide a temptation to an acquiring firm to take-over the former: 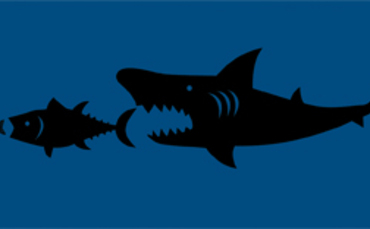 What the present management can do in such circumstances? One obvious but impractical solution is that promoter should increase their shareholding so as to have 51 % plus holding. This may require a public offer, which is not only expensive but will also expose the company to a counter bid. Such a situation is not consistent with the concept of a listed company where substantial public funds are used. Alternatively, the promoter and the existing management have three options before it as measures against the hostile take-over bid. These are first, those which can be taken prior to the bid, second, those which are taken up when the bid is in progress, and third, which can be taken up after the completion of the bid. The management of the target firm should adopt tactics and fight away the take-over bid.

The use of ‘killer bees‘ is one anti-takeover measure that a company can employ.  Killer Bees  are individuals or firms (investment bankers (primary), accountants, attorneys, tax specialists, etc.)that helps a  company fend off a takeover attempt. A killer bee uses defensive strategies to keep an attempted hostile takeover from occurring.

The following are some of the anti takeover  strategies that may be adopted to avoid/fight away the take-over bid.

The target firm can take a legal action by moving a court of law for granting injunction against the offer. Relevant provision of Securities Contracts (Regulations) Act, 1956 and the Companies Act, 1956 may be referred to. Lawsuits may be initiated to block or at least delay the tender offer. Refusal to transfer registration of shares is the vintage and one of the most successful of measures. Undoubtedly, the application of this measure is made at the time when the shares are lodged for the transfer by the bidder. However, adequate preparation in advance also needs to be made to ensure that such refusal is successful and is finally upheld in the court of law.

The management of target firm can adopt different types of tactical moves to thwart away the take-over bid. The firm can mount a media campaign against the tender offer. However, the campaign must be based on facts and figures. The firm can also send letters etc., to the shareholders explaining them about the defects of the tender offer. The directors may explain that the consideration being offered by the acquiring firm is not adequate and that the merger/takeover does not make any economic sense and the performance of the firm may be adversely affected by the take-over.

To avoid takeovers bids, some shareholder may detain a large stake of one company shares. With friendly players holding relevant positions of shares, the protected company may feel more comfortable to face an unsolicited offer. A ‘White Squire‘ is a shareholder than itself can make a tender offer. Otherwise it has so much relevance over the company stock composition, that can make raiders takeover more difficult or somewhat expensive.

‘Dual-class stock‘ strategy allows company owners to hold on to voting stock, while the company issues stock with little or no voting rights to the public. That way the new investors cannot take control of the company.

Further that the present management can increase the stake in the target firm by the issue of warrants or convertible preference shares or convertible bonds etc., at a relatively low price. This is a good strategy to fight away the expected take-over bid, however, the provisions of the new take-over code regarding pricing of preferential issues must be taken-care of.

The target firm may take some action to destroy the attractiveness of the firm. It may sell, mortgage, lease or otherwise dispose off some of its precious assets. The target firm, if having large liquidity, may dispose of its liquidity by acquiring some assets of other firm. This strategy is also known as “Poison Pill“. For example, high-level managers and other employees may threaten to leave the company if it is acquired. A specific asset of a company like the R&D center or a particular division may be sold off to another company, or spun off into a separate corporation. A flip-in provision may allow current shareholders to buy more stocks at a steep discount in the event of a takeover attempt. The flow of additional cheap shares into the total pool of shares dilutes their value and voting power.    A more drastic poison pill involves, if a hostile bid is made, the target firm takes on exorbitant and expensive debts, which make it unattractive. While such a measure is not easily available in India in view of the legal restrictions, this may be considered only as a theoretical strategy.