Judo Strategy, a  term coined by David Yoffie of Harvard Business School in his book ”  Judo Strategy: Turning Your Competitors’ Strength to Your Advantage”.

“In the martial art of judo, a combatant uses the weight and the strength of his opponent to his own advantage rather than opposing blow directly to blow. Similarly smart companies aim to turn their opponent’s resources, strength and size against them.” 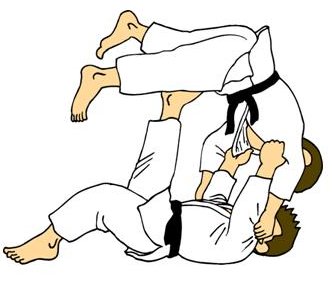 Judo strategy  in business scenario effectively means avoiding direct confrontation and leveraging the strength of the opponent to create space. Judo strategy can help small companies to enter new markets and defeat stronger rivals. Through movement, flexibility, and leverage, new players can occupy uncontested ground and turn the strengths of dominant players against them.

A small firm can also use the principle of leverage in judo strategy to challenge larger competitors by turning the large companies’ marketing strategy to its favour. Drypers, a disposable diaper maker did exactly that and was able to neutralize Procter and Gamble’s aggressive couponing campaign. Specifically, Drypers issued convertor coupons that holders of P&G’s Pampers coupons could use to receive $2 off on a bag of Drypers. This helped neutralize a large number of P&G’s coupons and it reduced the overall effectiveness of the campaign. Another advantage of this strategy for Drypers was that retailers, mistakenly, sent the Pampers coupons to P&G for redemption instead of Drypers.

Consider Netscape, which after being set up in 1994, became the hottest company in the tech world. Netscape’s flagship product, the Navigator Web browser, dominated its market from day one. And in August 1995, just sixteen months after its founding, Netscape made a highly successful IPO. But Netscape’s fall was equally spectacular when it decided in favor of a head-to-head confrontation with Microsoft. In late 1995, Microsoft launched aggressive moves against Netscape. Under relentless attack, Navigator’s market share soon began an irreversible decline. By the end of the decade, Microsoft had started to dominate the browser business, and Netscape survived only as a division of AOL.

In many competitive battles, the answer is not to oppose strength with strength, as Netscape ultimately chose to do. Instead, the challenger should study the competition carefully, avoid head-to-head battles and use the opponents’ strength to its advantage. This is the essence of judo strategy.

Challengers can be at a severe disadvantage when entering a market where a powerful incumbent holds sway. Judo strategy can come in handy in such circumstances.

The best example can be the case of Dell and Compaq. Back in 80’s Compaq was a well established brand in the PC segment and it’s selling network relied on a very strong network of retailers and wholesalers. It was difficult for Dell, a newcomer in that time to afford such a strong distribution network. But, Dell adopted a fairly different plan. It took orders directly from there customers,gave them customized solution for there need and finally delivered it directly to the customers there by slashing any need for middle man.

This new model of distribution called as  “Dell’s Direct Business Model.” It was very successful and it helped Dell to increase its market share drastically.  This proved to be a revolutionary business strategy which would enable it gain cost leadership and competitive advantage in the PC market, enabling the company to eliminate wholesale and retail dealers that proved to be very expensive and wastage of time. It also provided for a cheap and efficient way of distribution and production of computers. Furthermore the direct model also provided a better understanding of customer needs.  Dell enjoyed profit margins 10 points higher than rivals, because of cutting the middleman out and keeping research and development and inventory costs low. They could have used this higher profit to develop new capabilities, but they just gave these extra earnings away to their investors.

Compaq on the other hand was very worried on account of its loosing market share. It was having two option either to continue with its earlier model of selling or to switch over to the Dell’s model of direct delivery. But it went went for the third one where it adopted both the strategies which simply was a dud. Not only did it lose it’s good relationship with the vast network of retailers and wholesalers which had so far helped Compaq to be one of the dominant player in PC segment but also it was not in a position to adopt the direct delivery system properly which was somehow an alien idea for the company. Dell surpassed Compaq to become the largest PC manufacturer in 1999.  Compaq’s market share kept on decreasing year by year and finally the company was taken over HP.