Industrial research can have one of two fundamental orientations. First orientation is the scientific research, which is concerned with generating new concepts that may or may not have product applications. The second orientation is the commercial development – which can take several forms, but is essentially product, as opposed to concept, oriented. Thus commercial development is a more pragmatic and market-centered form of R&D effort than scientific research. 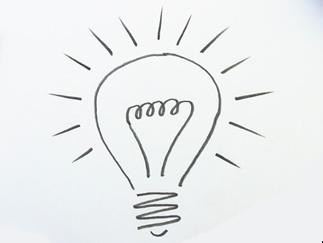 Research and Development strategy has four primary elements: R&D goals, extent of integration of the R&D function, amount of market coupling desired, and size of the budget.

Goals are needed to specify the purpose of R&D is used as part of product or market development or market-penetration business-level strategies, the firm’s desired competitive position can largely determine the amount and type of R&D needed. More specifically R&D can have one of four basic purposes that normally would be stated at the business level.

2. Intensity of Research and Development

Realistically there are seven choices of levels of R&D involvement. Larger firms will tend to have more of the different levels of R&D activity and smaller ones fewer. The choices are as follows:

When creative R&D is required for a strategy, the tendency will be to implement an R&D program that consists of advance development or applied research. Conversely a strategy calling for merely copying another product would not require these high-level research functions. The firm could operate successfully with process, or possibly design, engineering functions alone. In terms of their relationships to the finished product, basic research is the most distant, and process engineering is the closest. Selection of the level of integration of R&D identifies the type of R&D effort appropriate for a business-level strategy.

Market and production coupling is the practice of controlling the output of an R&D operation by the input of marketing and production information. For example, an applied research group could be “managed” by systematically informing researchers of pertinent marketing data such as customers’ preferences and competitors’ product attributes, or production quality maintenance problems and cost structures. This should result in their work having market relevance and reflecting production realities. The information normally would be transmitted at regular meetings between appropriate managers and key R&D staff people.

Particularly at the basic research end of the system of R&D intensities, there is danger that researchers will pursue their own interests with limited market or production applicability. This could result in too few new product ideas even though the researchers’ professional development would be considerably enhanced. For example, development of esoteric propulsion systems by an automotive R&D group could be professionally satisfying to the researchers. However, the systems would be of little immediate value to the firm if customers would not buy them, or if they could not be produced. Firms investing large amounts in basic research programs can destroy their creative effectiveness, though, by too much market coupling. Thus the extent of coupling is a critical determination for the strategist in designing and managing an R&D program at all levels, not just in basic research.

The choices facing the strategist concerning coupling are straightforward. For each level of R&D activity, R&D strategy should specify (1) the presence or absence of a market and/or production information input system and (2) the type of data that should be so transmitted. Responsibility for designing and implementing this information system would normally be held by a functional manager.

Research and development goals and strategy should also specify the size of the R&D budget. An R&D budget, which can be viewed as a limit for R&D expenditures, is often expressed as a percentage of sales. However, this basis for R&D expenditures can lead to financial difficulties because it ignores consideration of whether there is sufficient profitability to cover R&D costs. Alternatively, the R&D budget could be a function of a profit measure.

An R&D budget can also be set according to industry practices. But the average R&D expenditure of competitors is a minimum below which management could find itself at a competitive disadvantage.