Stability strategy implies continuing the current activities of the firm without any significant change in direction. If the environment is unstable and the firm is doing well, then it may believe that it is better to make no changes. A firm is said to be following   a stability strategy if it is satisfied with the same consumer groups and maintaining the same market share, satisfied with incremental improvements of functional performance and the management does not want to take any risks that might be associated with expansion or growth.

Stability strategy is most likely to be pursued by small businesses or firms in a mature stage of development. 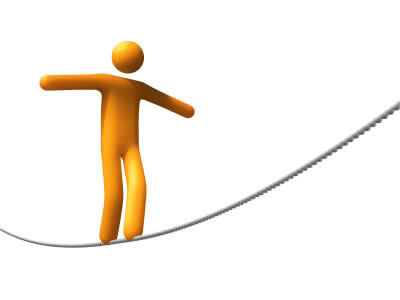 Stability strategies are implemented by ‘steady as it goes’ approaches to decisions. No major functional changes are made in the product line, markets or functions.

However, stability strategy is not a ‘do nothing’ approach nor does it mean that goals such as profit growth are abandoned. The stability strategy can be designed to increase profits through such approaches as improving efficiency in current operations.

A firm following stability strategy maintains its current business and product portfolios; maintains the existing level of effort; and is satisfied with incremental growth. It focuses on fine-tuning its business operations and improving functional efficiencies through better deployment of resources. In other words, a firm is said to follow stability/ consolidation strategy if:

Adopting a stability strategy does not mean that a firm lacks concern for business growth. It only means that their growth targets are modest and that they wish to maintain a status quo. Since products, markets and functions remain unchanged, stability strategy is basically a defensive strategy. A stability strategy is ideal in stable business environments where an organization can devote its efforts to improving its efficiency while not being threatened with external change. In some cases, organizations are constrained by regulations or the expectations of key stakeholders and hence they have no option except to follow stability strategy.

Generally large firms with a sizeable portfolio of businesses do not usually depend on the stability strategy as a main route, though they may use it under certain special circumstances. They normally use it in combination with the other generic strategies, adopting stability for some businesses while pursuing expansion for the others. However, small firms find this a very useful approach since they can reduce their risk and defend their positions by adopting this strategy.   Niche players also prefer this strategy for the same reasons.

There are a number of circumstances in which the most appropriate growth stance for a company is stability rather than growth.   Stability strategy is normally followed for a brief period to consolidate the gains of its expansion and needs a breathing spell before embarking on the next round of expansion. Organizations need to ‘cool off’ for a while after an aggressive phase of expansion and must stabilize for a while or they will become inefficient and unmanageable.

Managers pursue stability strategy when they feel that the enterprise has been performing well and wish to maintain the same trend in subsequent years. They would prefer to adopt the existing product-market posture and avoid departing from it. Sometimes, the management is content with the status quo because the company enjoys a distinct competitive advantage and hence does not perceive an immediate threat.

Stability strategy is also adopted in a number of organizations because the management is not interested in taking risks by venturing into unknown terrain. In fact they do not consider any other option as long as the pursuit of existing business activity produces the desired results. Conservative managers believe product development, market development or new ways of doing business entail great risk and therefore, avoid taking decisions, which can endanger the company. A number of managers also pursue consolidation strategy involuntarily. In fact, they do not react to environmental changes and avoid drastic changes in the current strategy unless warranted by extraordinary circumstances.

Sometimes environmental forces compel an organization to follow the strategy of status quo.   This is particularly true for bigger organizations, which have acquired dominant market share. Such organizations are usually not permitted by the government to expand because it may lead to monopolistic and restrictive trade practices detrimental to public interest.

In general, stability strategies can be very useful in the short run, but they can be dangerous if followed for too long.

Some organizations successfully employ stability strategy, but most do not get the press that companies using other strategies get. One reason might be that no change means no news. Another might be that the company itself wants to keep a low profile; stakeholders may consider the status quo to be inappropriate, or the strategy may be indication of rigidity of the planning process.