Poverty trap is a situation where an unemployed person receiving social security benefits not encouraged to  seek work because his or her after €tax earnings potential in work is less than the benefits currently  obtained by not working. The poverty trap occurs due to benefits such as income support, housing benefit, single parent allowance and family tax credit. Given that social security benefits represent the ‘bottom line’ (that is, the  provision of some socially and politically ‘acceptable’ minimum standard of living), the problem is how  to reconcile this with the ‘work ethic’.

For example, consider the case of a low-skilled person in the UK. He is unable to get a high-paid job because he doesn’t have the right skills, training or experience. He has two options. First one is to get a low-paid job or second option is to claim unemployment benefits. If he  gets a low paid job he will have to pay taxes and national insurance so he decides he is actually financially better-off just claiming benefits  for being unemployed. As time goes by he  carries  on claiming benefits and  continues to lose  his ability and confidence in himself.  This makes it  more  difficult for him to get a  decent-wage job and more appealing to continue living on benefits. We can say that he  is in the poverty trap. 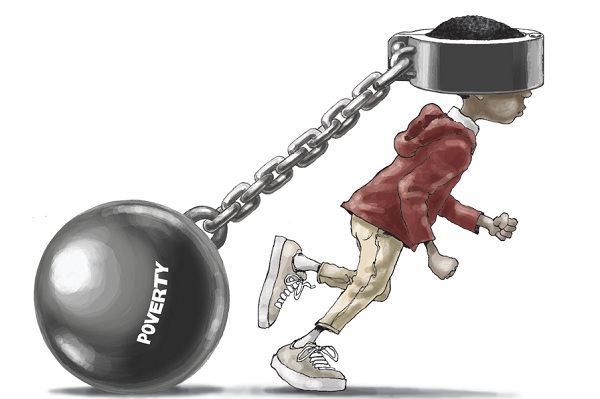 One suggested way to release people from poverty trap is for government to provide employers with  employment subsidies that allow them to pay wages higher than the minimum level of social security,  even though the marginal revenue product of the work undertaken does not warrant it. It will  thus be to people’s economic advantage to obtain employment, and in so doing it is hoped they will  acquire work experience and skills that will improve their long €run earnings potential.

Alternatively, the  overlap between entitlement to social security benefits (based on one set of income scales) and the  threshold level of income at which people start to pay tax (based on a different set of income scales)  can be removed by the introduction of a negative income tax. A negative income tax system  replaces means € tested social security benefits on the one hand, and progressive taxes on the other,  with a single unitary tax system. Under this unitary tax system, people pay taxes when they are in  employment and earning more than a stipulated minimum income and receive a tax rebate to bring  their income up to the stipulated minimum level when they are either unemployed or earning less than  the minimum.