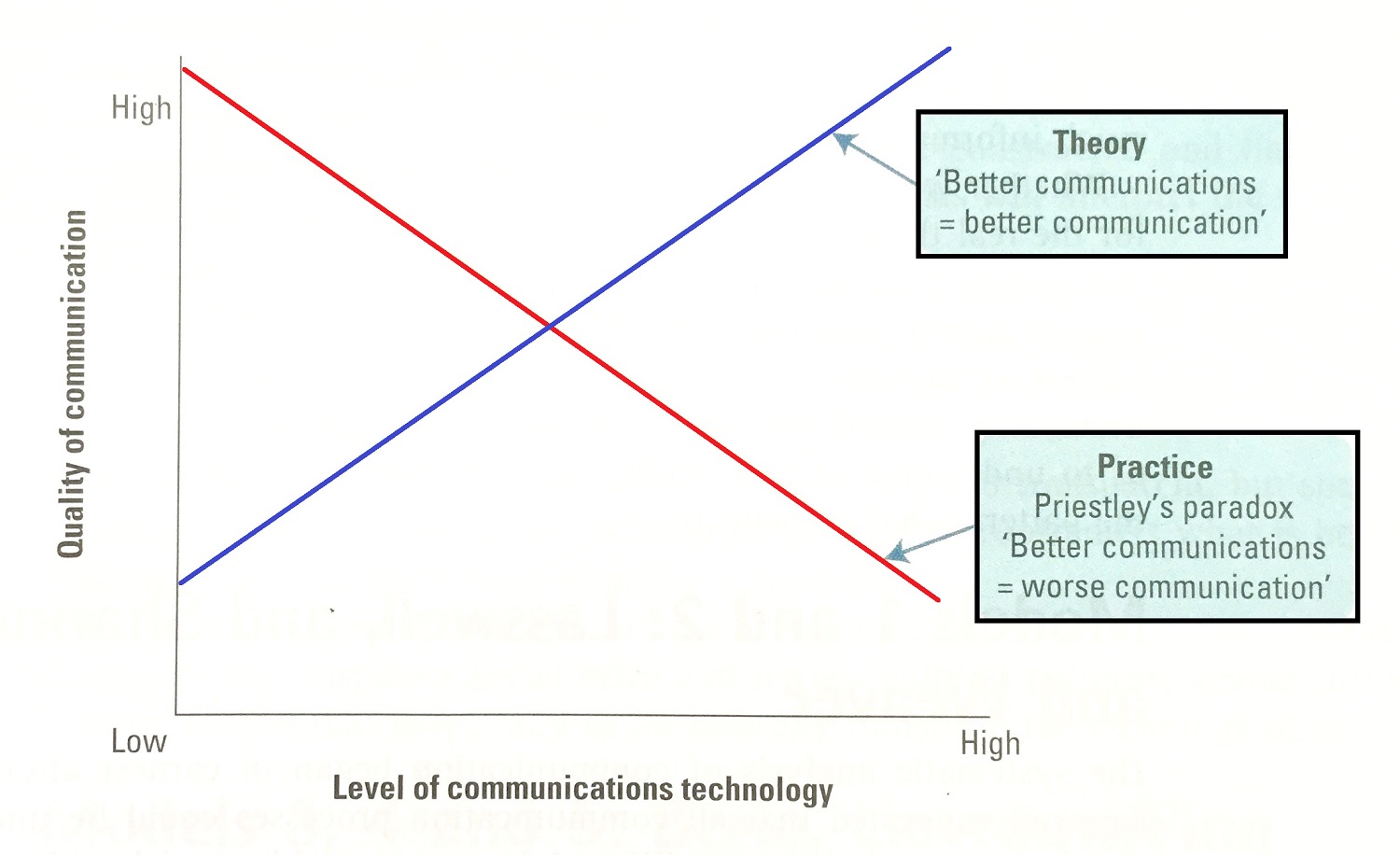 Technology has decreased quality of communication because it can cause misunderstanding through abbreviations that distort messages. This particularly effects our society’s younger generation. Generation Y in particularly are media interactionists, not knowing a world without media and technology. An example of technology which is most commonly the source of abbreviation is SMS (short messaging service). Evidently, abbreviations are a weak substitute for body language, oral and tonal expression. These are replaced by using uppercase lettering and quirky symbols (emoticons) which leads to misinterpretation while decoding the message as there is no shared meaning of the context. The English language is often comprised to become shortened abbreviations and phrases. This language has since blended into the everyday modern society causing the younger generations to be less likely using proper English language. While communicating through technology, the sender and receiver need to have a clear understanding of one another’s abbreviations and context or else the message will be distorted. This may then lead to a breakdown in communication if the receiver is unable to decode the message given. This is also evident as there is a digital divide between people with the unequal access to technology.