Virgin Atlantic was born in the 1980s. Richard Branson, the British entrepreneur, had already created a successful brand with Virgin Group, particularly in the music business. He had founded the group when he was 20 as a mail-order record company and shortly after opened a music shop in London’s main shopping thoroughfare, Oxford Street. The original brand slogan of these stores was ‘Cheap and nasty’. A music studio was built in Oxfordshire in 1972, where one Mike Oldfield recorded his massively successful album Tabular Bells for the Virgin Records label. This album sold 5 million copies and was the catalyst for Virgin Records, which signed a range of successful artists, including The Rolling Stones, Culture Club, Janet Jackson, Peter Gabriel, Simple Minds and The Human League.

Virgin was to become one of the six biggest record companies in the world. By the early 80s Virgin Group was well established. Branson developed the idea of operating a Jumbo jet passenger service between London and New York in 1984. Freddie Laker had already tried to create a low-cost transatlantic airline to rival the incumbents, but this was ultimately failed.

An aircraft was found, staff were recruited, licenses obtained and, thanks in the great part to Richard’s infectious enthusiasm, the airline took off on deadline. On the 22 June 1984 a plane packed with friends, celebrities and the media set off for Newark, New York. Since then, Virgin Atlantic has become the second largest British long-haul international airline, operating services out of London’s Heathrow and Gatwick to 18 different destinations all over the world, from Shanghai to the Caribbean. Virgin Atlantic has won numerous awards for its customer service.

In 1992, Branson consolidated, selling Virgin Music for $1 bn to Thorn EMI and invested the profits back into Virgin Atlantic. In December 1999 Branson signed the agreement to sell a 49% stake of Virgin Atlantic to Singapore Airlines to form a unique global partnership. The deal valued Virgin Atlantic at a minimum of £1.225 billion. In 1999, the combined sales of the different Virgin holding companies were around £3 billion.

Beginning as a cobbler in Herzogenaurach, Germany, Adidas founder Adolph Dassler, built one of the world’s most popular and well-known brands of sports shoes and apparel. Growing up in the poverty-stricken post-World War I Germany, Adolph (nicknamed Adi) joined his family in making and selling homemade house slippers. Dassler began producing training shoes in 1920 when he was 20 years old. He later began to manufacture soccer, tennis and running shoes. To ensure that each shoe would be both safe and performance-enhancing, Dassler used his own athletic experience and the input of doctors, trainers, coaches and other athletes to guide the design of his shoes. Dassler’s athletic shoes were first worn in Olympic competition in 1928. Henceforth, Adidas shoes and equipment were used by Olympic athletes and national soccer teams. Jesse Owens wore Adidas track shoes during his spectacular Olympic performance in Berlin in 1936, where he earned four gold medals. Armin Hary was the first athlete to run the 100m sprint in 10 seconds, also wearing Adidas shoes. In 1949, Dassler created the first soccer shoe with moulded rubber studs and, for the first time, adopted the trademark three stripes. The German National team won in the 1954 World Cup final wearing Adidas soccer boots with screw-in studs, which enable the game to be played under vastly different conditions without slipping.

One of Dassler’s goals in producing athletic shoes was to design them according to each sport’s specific demands, a goal that resulted in more than 700 patents among which were nylon soles and running spikes. Today Dassler is known as founder of the modern sporting goods industry. 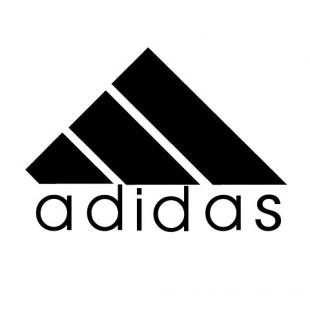 The ‘Trefoil’ was adopted as a corporate logo in 1972. In 1996, it was decided that the Trefoil would only be used on heritage products such as the classic running shoe. The Adidas Equipment line was launched in 1991. In January 1996, the Three-Stripes brand mark became the worldwide Adidas corporate logo. This logo is used in all advertising, printed collateral and corporate signage.

Chester Carlson, a patent attorney and part-time inventor, made the first xerographic image in his laboratory in Astoria, Queens, in New York City, on Oct. 22, 1938. He spent years trying to sell his invention without success. Business executives could not be persuaded that there was a market for copier; typed carbon copies, although labour intensive, were viewed to work well. The prototype for facsimile copier was unwieldy and messy. There was no interest from the leading companies of the time, including IBM and General Electric.

In 1944, the Battelle Memorial Institute in Columbus, Ohio, contracted with Carlson to refine his new process, which Carlson called ‘electrophotography’. Three years later, the Haloid Company, a maker of photographic paper in Rochester, N.Y., approached Battelle and obtained a license to develop and market a copying machine based on Carlson’s technology. Haloid later obtained all rights to Carlson’s invention. Carlson and Haloid agreed the word electrophotography was too cumbersome. A professor of classical languages at Ohio State University suggested ‘xerography’, derived from the Greek words for ‘dry’ and ‘writing’.

Haloid coined the word ‘Xerox’ for the new copiers. In 1948, the word Xerox was trademarked. In 1958 it became Haloid Xerox Inc. the company became Xerox Corporation in 1961 after wide acceptance of the Xerox 914, the first automatic office copier to use ordinary paper.

September 1999 marked the 40 anniversary of the Xerox 914, aptly name for the size of paper it used: 9x 14 inches. More than 200,000 units were made around the world between 1959 and 1976, the year the company stopped production of the 914. Xerox adopted ‘The Document Company — Xerox’ as their corporate signature logo in 1994 to better reflect what has always been the company’s core business: document management. At the same time, Xerox launched the ‘digital X’ as its marketing symbol / logo. The symbol’s upper right quadrant depicts the pixels of digital imaging and the movement of documents between the paper and electronic worlds.

Founded in Sweden by Ingvar Kamprad, IKEA, a home furnishing retailer, has grown from the most unlikely local circumstances to become both a global brand and a retailing phenomenon. IKEA is headquartered in Amhult (known locally as IKEA town) in a forest in southern Sweden. Kamprad started his first furniture catalogue in 1951 and was an early user of flat packing, which was devised in the 1950s. Since it opened its first store outside Sweden in 1963, IKEA has grown to have 170 stores in 22 countries, employed 70,000 people and uses 2000 different suppliers around the world. Their famous catalogue, which has 7000 photographs in each edition, runs to 110 million copies annually, making it one of the world’s most widely circulated publications. It consumes around 50% of IKEA’s total marketing budget. It does not target any particular market segment and is distributed randomly. Such a lack of classic segmentation has not impeded IKEA: their worldwide customer base is estimated at 260 million.

IKEA capitalized on the post war market trends on demand for home living design, wide range of choice and customer self- service and self-help. Its global brand is built around a combination of their design skill, their products, their stores and the marketing of all of these via their catalogue. The IKEA success formula is based on simplicity in the design of its furniture into flat packs (first done in 1956) for its retail outlets that enable the consumers to transport it and assemble it themselves. (Also since the 1950s onwards the majority of consumers have cars that can carry IKEA flat packs back to their homes). Flat packing also enables IKEA to make major cost savings, both in terms of storage and delivery, which are passed onto customers in terms of lower prices. IKEA’s giant stores are usually based near large urban centres where there is a high demand for home furnishings. This gives IKEA huge cost advantages and appeals to the consumers’ home design needs. Also, IKEA’s retail stores re very innovative: they give consumers ideas for home design and decoration; they display entire room concepts rather than just the individual furniture components. IKEA also provide wide choice with an average of 10,000 lines available in each store, of which 20% are changed each year. However, IKEA only employ around 15 permanent designers supplemented by 80 freelance designers around the world. The designers are constantly employed in thinking through innovative ideas — from furniture design to new ways of flat packing that are based what customers need for convenience and quality.

Accenture, a brand that was born on the first day of 2001, has already established global recognition in a relatively short time period. Accenture is the pioneer in professional services brand and image building.

The antecedents of Accenture’s brand building were unique: it was formerly the consulting practice of the accounting firm Arthur Andersen and was separated to form an independent business unit. In a bold and unprecedented step the firm began, in 1989, to market itself as an organization that helped companies apply technology to create business advantage. It became a top quality consultancy brand by the end of the 1990s. In a decade it had achieved the extremely difficult task of positioning itself in the information technology professional services market space. It had, simultaneously, created a separate identity from its accounting roots with Arthur Andesen.

Between 1990 and 2000, as the market for technology, systems integration and management consultancy boomed, so the firm grew from an accounting firm’s offshoot into the world’s largest management and technology consulting organization.

This confronted the 11-year-old firm with a branding challenge on a gargantuan scale. After spending an estimated $7 billion building their brand over a decade, the company now had to find, implement, and introduce to the world a new name in a matter of months. Never before had a rebranding of such scope been implemented over so short a timeframe.

The rebranding of Accenture — the largest rebranding initiative ever undertaken by a professional services firm — was successfully implemented across 47 countries in just 147 days. Accenture launch worldwide on January 1, 2001. The name Accenture was invented by an employee following an internal competition, and is a fusion of ‘accent’ and ‘future’. Accenture planned a two-phased marketing strategy for introducing itself to its global audience. The aim of both phases was to surround the company’s target audience — including its 40,000 clients and prospects, 70,000 employees, 1.5 potential recruits, as well as world-wide press and media — with messages informing them about the new name and new positioning. As well as rebranding, the objectives included a desire to reposition the company in its target markets: focusing on its ability to deliver innovative solutions to its clients across its breadth of services in Consulting, Technology, and Outsourcing. It adopted the ‘Innovation Delivered’ signature in all its advertising. Another objective was to transfer brand equity to Accenture (which was important because the company became a public corporation later in 2001) and to eliminate residual confusion with Arthur Andersen. Ironically, in the same period, its former parent, Andersen, which had opposed the separation, collapsed in a welter of financial scandals triggered by that of Enron. The Accenture rebranding was not only highly successful; in retrospect, it was an act of extraordinary business prescience.