John Maynard Keynes, one of the most influential economists of the 20th century, relates inflation to a price level that comes into existence after the stage of full employment. While, the quantity approach emphasizes the volume of money to be responsible for rise in the price level. Keynes distinguishes between two types of rise in prices (1) rise in prices accompanied by increase in production, and (2) rise in prices not accompanied by increase in production. If an economy is working at a low   level, with a large number of unemployed men and un-utilized resources then expansion of money or some other factors leading to an increase in demand will result not only in a rise in the price level but also rise in the volume of goods and services in an economy. This will continue until all unemployed men find employment and capital and other resources are more fully utilized, i.e., the stage of full employment. Beyond this stage, however, any increase in the volume of money or rise in demand will lead to a rise in prices with corresponding rise in production or employment. 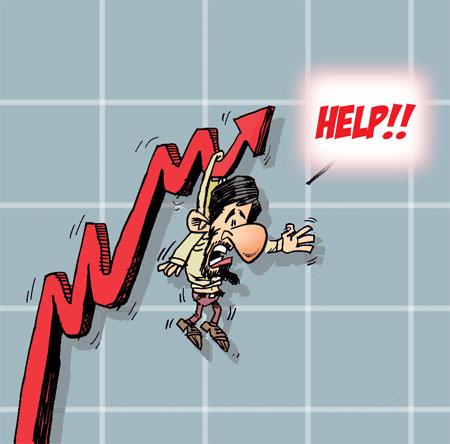 According to Keynes, “inflation” can be applied to an underdeveloped country where unemployment of men and resources exist side by side with inflationary rise in prices. This is due to the existence of bottlenecks, such as limited amount of capital, machinery, transport facilities and absence of technical know-how. As a result of these bottlenecks and shortages, a rise in the price level may not lead to increase output beyond a certain stage, even though the country may not have reached the stage of full employment.