Steps involved in determining wage and salary rates are as follows :

A job analysis describes the duties, responsibilities, working conditions and interrelationships between the job as it is and the other jobs with which it is associated. Job descriptions are crucial in designing pay systems, for they help to identify important job characteristics. They also help determine, define and weigh compensate factors (factors for which an organization is willing to pay-skill, experience, effort and working environment). After determining the job specifications, the actual process of grading, rating or evaluating the job occurs. A job is rated in order to determine its value in relation to all the other jobs in the organization which are subject to evaluation. The next step is that of providing the job with a price. This involves converting the relative job values into specific monetary values or translating the job classes into rate ranges.

Compensation or salary surveys play a central role in pricing jobs. Virtually every employer, therefore, conduct at least an informal survey. Employers use salary surveys in three ways (i) Survey data are used to price bench mark jobs that anchor the employer’s pay scale and around which the other jobs are slotted, based on their relative worth to the firm (ii) Some Jobs (generally 20% or more) of an employer’s position are usually priced directly in the market place (rather than relative to the firm’s benchmark jobs), based on a formal or informal survey of what competitive firms are paying for comparable jobs (iii) Surveys also collect data on benefits like insurance, sick leave and vacations to provide a basis for decisions regarding employee benefits.

Salary surveys can be formal or informal. Informal telephone surveys are good for quickly checking on a relatively small number of easily identified and quickly recognized jobs. Such as when a company’s HR manager wants to confirm the salary at which to advertise a newly open cashier’s job. In formal surveys, most firms either use the results of packaged surveys available from the research bodies, employer’s associations, government labor bureaus etc. or they participate in wage surveys and receive copies of results or else they conduct their own. These surveys may be carried out by mailed questionnaire, telephone, or personal interviews with other managers and personnel agencies. Wage and salary surveys provide many kinds of useful information about differences in wage levels for particular kinds of occupations. This can have a great influence on an organizations compensation policy. 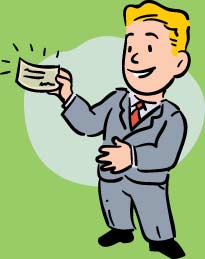 After the results of job analysis and salary surveys have been received, the committee can turn to the task of assigning pay rates to each job, but it will usually want to first group jobs into pay grades. A pay grade is comprised of jobs of approximately equal difficulty or importance as determined by job evaluation. Pay grading is essential for pay purposes because instead of having to deal with hundreds of pay rates, the committee might only have to focus on say 8 or 12.

The next step is to assign pay rates to pay grades. Assigning pay rates to each pay grade is usually accomplished with a wage curve. The wage curve depicts graphically the pay rates currently being paid for jobs in each pay grade, relative to the points or rankings assigned to each job or grade by the job evaluation. The purpose of wage curve is to show the relationship between (i) the value of the job as determined by one of the job evaluation methods and (ii) the current average pay rates for the grades. If there is reason to believe that the present pay rates are substantially out of step with the prevailing market pay rates for those jobs, bench mark jobs within each grade are chosen and priced via a salary survey. The new market based pay rates are then plotted on the wage curve. The steps involved in pricing jobs with a wage curve are:

There are several ways to cope with the over paid employees :

The development of rules of wage administration has to be done in the next step. It is considered advisable in the interests of the concern and the employees that the information about average salaries and ranges in the salaries of group should be made known to the employees concerned; for secrecy in this matter may create dissatisfaction and it may also vitiate the potential motivating effects of disclosure. Finally, the employee is appraised and the wage fixed for the grade he is found fit.