Failure to innovate is the key reason to the downfall of Old General Motors. Innovation is the process whereby the management team of an organization is charged with the responsibility of introducing something new, which might be a new idea or a methodology or rather, a contrivance to facilitate the operational concerns and production. The Old General Motors failed with innovations in the company. These innovations were needed to ensure that the Old GM able remains competitive, and the company was able to manufacture cars that are in line with the client’s demands. This is related to the Old GM’ field of business to ensure that the organization do continue to produce the respective consumer centered product. The manufacturing industry such as the General Motors, innovation ensure that the output they deliver to the consumer do meet their needs, and expectations in a way that is realistic and makes their product to have a preference by the consumers against other same need satisfying product. 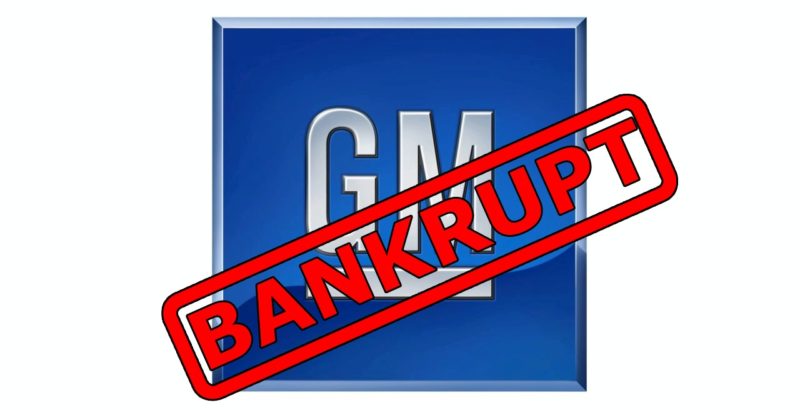 The fall of the Old General motors’ in this context was initially by the lack of personal innovation. The Organizational management was desperate for people who could see things in a different perspective. This would quickly size up the problems and come up with creative solutions to pinch the organization was facing. The failure of the “Old GM” to innovate made the organization less indispensable to consumers of the company products and other key personalities, who preferred the company output. This was both in the organization and outside its walls. The GM did lack the “go to idea personality,” which is essential, to work through intricate challenges and come up with creative solutions such as more performing vehicles. The failure by the Old General Motors to innovate made the company and its technologies obsolete; thus, the company failed to satisfy the needs of evolved human with its obsolete products.

Innovation is essential in an organization for it to be able to thrive in the challenging business world a thing that the Old General Motors did not realize. The company product tends to go through a life cycle. At the initial stage, the product is not well known; and it is costly such as the way General motor’s vehicles were in 1950s hence the sales are restricted. The product does reach growth after some time. At this stage, there is no more growth seen in sales, and at after time, it goes to the decline stage. A better and more satisfying product has replaced the product. It is at this stage that the manufacturer is supposed to come up with realistic ideas towards product development if he has to remain competitive. For example, the Old General Motor’s GMC trucks did reach the declining stage simply because the consumer switched to more efficient ones other than the GMCs that were moving at 50/60kmp speed.

The innovation diffusion is the factor that the organizations tend to take them to be in a better position of running the business. Innovative General Motors is likely to be the first to adopt a new production technology. A company is willing to pay a premium price for the new production processes and unwarranted technology. A later adopter relies on advice from the innovators who are more informed on new techniques. The fall of the “Old GM” seemed to have had been influenced by such factors in that the company never adopted the new technologies not even in the latter stages. Such technologies ensured the organization was able to produce customer more satisfying product, such as the luxurious and comfortable seats that other competitors fitted in personalized cars.

The product life cycle shows very well where innovation is critical for a manufacturing company especially the General motors’ limited.  When the “Old GM,” company product did go through the life cycle as shown the company, ran out of ideas, opted out, and watched when other company products replaced its offer to the market, which decreased sales hence making it bankrupt in 2008. At the latter product life cycle stages, the company is supposed to at least make a modification of its marketing strategy a factor on which the Old General Motors failed. For example, when Toyota, was facing an inundated market for its “old face me sedan” based on its conventional usage, the company did opt for innovation to have the private Sedan replace the old one. This innovation did as well come with the fuel efficiency on top of high performance. They extended this to the production of five-seat family cars, which were a relief to the public old Sedans.

It was essential for Old Gm to come up with new products for its consumers, because that is what can make them have a bigger realization of sales. Either these new products can be new to the market in that, no any other manufacturer had made such a product before just like the Chrysler invented the minivan, or the product can be new to the company in that it was an invention done by another organization and the organization is coming up with its own version. For example, The Mercedes Benz Company was not the original manufacturers of the personal cars, but they came in after the market depicted a high potential with very satisfying products. This is innovation at its best, which the old General Motors failed to adopt. A product can be innovated to be new to a certain market segment. For instance, the Mercedes Benz sedans were first aimed at the price insensitive segments, but the manufacturers did in latter stages decide to target the price sensitive segment. This was innovation.

The old General Motors Company limited allowed the force of innovation to work against them. The managers did fear the risk associated with innovation and its adoptions that can either be financially bent or rather socially indented. The Old General Motors did as well fear the chance of trying edging ideas towards product development and growth for the organization to be able to remain in business. The organization might as well have resistance towards erudition on how to use the new technologies and innovation towards consumer satisfying products fabrication and pricing as well as positioning.

The required innovations for an organization to remain in business are adopted and implemented in varying degrees. The innovations might be continuous in that it includes the trivial improvements in due course. For example, the year to another change in vehicle, yet they are driven the same way they were in 1940s. Dynamic continuous innovation is essential in that technology is varied even though the product usage is similar to the older one. As an example, the jet technology came in to replace the propeller aircraft yet they are used for the same purpose. Discontinuous innovation is as well practical in an organization in that it creates a product that completely varies the way things are done. For instance, the introduction of the private and personal family cars did vary the transport sector.

Innovation is hard to embrace; however, in due time, the results are significant, and a failure to innovate in an organization does result to fatal implications. The “Old GM” for instance did not embrace innovation and the organization opted to operate with obsolete technologies a factor that could not let them stay in business. This failure to be creative brought down the organization’s profitability and sustainability in the manufacturing sector. This resulted to General Motors being regarded as a failure with little to offer to the market that was updated.

The Old GM did lack the modernity-desired innovation, and its adoption in that its extent to new production technologies reception was below par, and tainted with fear, and frustrations, which are the practical, proves of failed leadership. Additionally, General Motors might have been devoid of creative leadership; the management did not value opinion leaders. The chances that the Old General motors’ management never did appreciate the opinion of others did bar innovation in the organization a factor that resulted to no innovation at all. Such a factor coupled by the resistance to change, production techniques, and fear of trying new ideas are some of the factors that resulted to Old General Motors as a manufacturing organization becoming a mere general venture and losing big in its market and standards.

Innovation does create a desirable environment for product positioning; for instance, the efficiency desired by consumers is critical to ensure that a company is able to satisfy the customers’ needs effectively. The resistance and lack of innovation are reasonable and justified factors to conclude that the fall of the Old GM resulted from the company’s lack of innovative ideas. Additionally, the company failed to adopt new technologies when the organization was desperate for innovations.

Innovation is paramount in any organization. The competitive environment is challenging and turbulent. Thus, companies need to be innovative in the achievement of the organizational goals and objectives, and development of products. This is what the old GM failed to realize, and they never embraced innovations when their competitors such as the Chrysler were top at innovations, hence resulting to the company failure and 2008 bankruptcy.