Bitcoin is a decentralized virtual cryptocurrency, launched in 2009 by an unidentified person known as Satoshi Nakamoto. It does not rely on any central services for managing the creation or flow of money. It relies on cryptographic algorithms in order to prevent abuse of the system. It is abbreviated as BTC and is powered by a peer-to-peer network in the public domain both in terms of issuing and valuation.

Until Bitcoin €™s invention, online transactions always required a trusted third-party intermediary. For example, if a person A wanted to send $10 to B over the Internet, he would have had to depend on a third-party service like Paypal. Intermediaries like Paypal keep a ledger of balance of account holders. When A sends $10 to B, Paypal deducts this amount from A €™s account and credits it to B €™s account. The digital money could be spent more than once without such intermediaries; this problem is known as “Double Spending”.

Bitcoins provide a solution to the double spending problem without involving any trusted third-party intermediary. It does this by distributing the transaction information among all the users on the network. Every transaction in a bitcoin economy is contained in a block which also contains the information about the previous block, forming a block chain. This block chain is available over the bitcoin network for users to verify that whether the bitcoin being transacted has been previously spent or not. The thousands of users present over the network act as the intermediary. 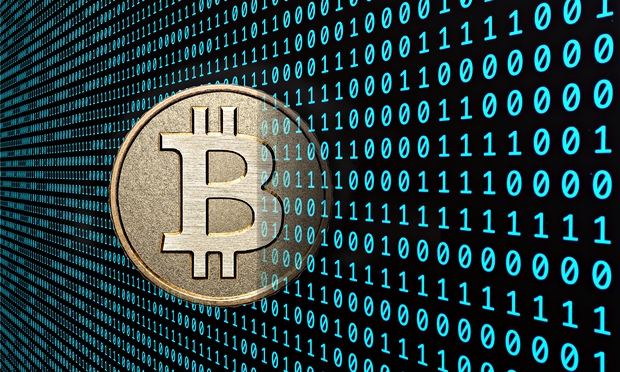 Each user of Bitcoin owns a set of private and public key that are analogous to a bank account. In order to send someone else money, the user creates a Transaction and signs it with their private key. Each Transaction claims a reference to a previous Transaction that credited the user, meaning that Bitcoins can’t be created out of nothing. Moreover, the same Coins can’t be spent twice. Each Transaction is broadcasted through the Bitcoin Network in order to become valid and spendable.

Every 10 minutes, all Transactions are gathered together in a Bitcoin Block, which is like a ledger. Once a Transaction is a part of a Block, it is considered safe to spent, as Blocks are hard to forge. All the Blocks are linked together to form a Block Chain. The Block Chain is a record of all Transactions that ever took place and is a definite authority over how much money users have associated to their public keys. The Block Chain is secured using cryptographic algorithms, making it impossible to alter any part of it.

Bitcoin is a peer to peer network and there is no central authority like bank to control the creation of currency units or verifying the transactions, it totally depends on users present on the network, who provide their computation power to in order to verify the transactions occurring over the network. These users are termed as “miners”  because they are rewarded for their work with newly created bitcoins. Bitcoins are “mined” or created by solving complex math problem i.e. decoding the hash present in the block of a block chain for new transactions. When a user successfully decodes a hash he obtains a bounty of bitcoins and also a transaction fee if the block was used in order to certify a transaction. As the bitcoins are mined around the world the size of the bounty reduces and the complexity of the code increases, making it more difficult to mine. Thus together these two effects reduce the rate of production of bitcoins just like gold, the more it is mined more difficult it gets to mine more. The bitcoin mining design mimics the extraction of gold or other precious metals from earth. The bitcoin mining process will not last forever. It is projected that the miners will mine the last “satoshi” (0.00000001 of a bitcoin) by 2140. As the complexity of the code increases with the mining of new bitcoins, it will be quite a challenging task to mine the last satoshi. When all the bitcoins will be mined the users will get the incentive for verifying transactions, which will keep the network running after the last bitcoin is mined.

Bitcoins are a very new concept that uses concepts familiar to some people in a new way, thus creating misconceptions quite easily. Different group of people have different views on Bitcoin, as per their area of expertise and interests.

Despite the benefits that Bitcoin presents there are concerns whether hacking could compromise the bitcoin economy. One very large flaw in the design of Bitcoin is the probability of occurrence of 51% attack. In the further section we describe the 51% attack and propose a solution to defend against it.

The security of a block chain in bitcoin depends upon the total processing power of all the users present on the network. The 51% attack  assumes that at a given time if a malicious miner contributed the majority i.e. more than 50% of the networks mining hash rate, then he would have a full control over the network and would be able to manipulate the block chain.

A 51% attack is theoretically possible as the network is free and open, so if someone was to have enough computational power they can get control over the network, as there is no bitcoin authority to stop them. But in order to get such computational power the attacker would have to invest a huge amount of money in the hardware for computing, which makes this attack less feasible. There are only a couple of things that an attacker can do with 51% attack. They can prevent any transaction of their choice from gaining any confirmation and thus making them invalid. They can reverse their transactions during the time they are in control of the network i.e. they can double spend bitcoins and prevent other miners from finding any block for a short period of time while in control of the network.

The attacker though cannot double spend the coins created before, create new coins or steal coins from other user €™s wallets. They can cause some serious mayhem for a very short period of time but cannot completely cripple the network with 51% attack.

With the rise of mining pools i.e. groups of people mining together as a single unit a 51% attack is possible, however the potential damage one can cause is very small, but enough to create panic among the users which would put the use of bitcoin as an online currency in jeopardy. With the current difficulty levels of block hash not even large-scale enterprises or governments can easily create a 51% attack. Though being physically possible a 51% attack is not feasible, as the amount of hardware required for controlling more than half of the network €™s mining hash rate can only be acquired with an investment of a huge sum.