An organisation is an artifact, social entity, has structured activities, nominal boundaries and it is goal directed. Values can be explained in few perspectives according to various sources. In ethics, value represents importance of physical and abstract objects which is ideal accepted by individual or group. It can be also defined as qualities that are considered worthwhile that represent an individual’s highest priorities and deeply held driving forces. Values are often admixture with knowledge, norms and beliefs. Beliefs can be proven right or wrong by one but not values. Beliefs may vary by cohort, time, geographical differences but values are universal, true for anybody at any time, whenever an individual is. Organisational values are ethical codes that guide behavior by putting assumptions into practice. It also serves as qualities that an organisation appreciates and would require members of the organisation to chase after. Organisational values are ideology of an organisation and practiced by organisation from the employee treatment, technology development, customer or any other external environment interaction. It is part of the important element that forms organisation’s culture and it emanate deep from an organisation’s soul. 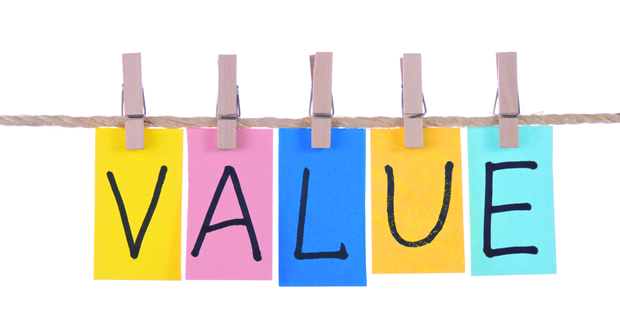 Source and Origin of Organisational Values

Organisational values are closely associated with human values. It can be perceived as extension of human values, which can be categorized to two: instrumental and terminal value. Positive, honest, integrity, responsible, helping the needful are some examples of values. Terminal value relate to goals or desired stage, where as instrumental values relate to what needs to be applied to achieve a terminal value. Example: one’s terminal value being to provide good life to family members, and instrumental value being to be hardworking and responsible in everything aspects. Organisation values that contradict with human values will leave the members of the organisation uncertain and confused about their roles. Problems that plague the society will be mirrored in the organisation. Values do not come from conscious intentions but rather, from highest expression out of free will. Some organisational values are not consciously created but are part of fabric of the organisation, as a result of founders’ views. Values might be discovered and practiced by founders during the early days. Values remain unchanged but evolved over the years unnoticeably until the organisation decided to encapsulate it in words and lay as fundamental part of the way the organisation thinks.

Some organisational values are created consciously by management team who decide to improve company’s performance systematically. Frameworks, methods might be introduced to capture the organizational values to reveal findings.  Values could be derived from organisation’s goals. It is a set of principles that guide an organisation to success and through difficult situations. It is not to be compromised for short term expediency or financial gain.

Organizational values are so special that it superseded corporate strategy, technological advantages or market presence to be the power that resides in shaping a successful organisation. Organizational values define the acceptable standards which govern the behavior of individuals within the organization. Without such values, individuals will pursue behaviors that are in sync with their own individual value systems, which may lead to behaviors that the organization doesn’t wish to encourage.

Personal values shape individuals’ attitude and impact an individual’s behavior. Similarly, organisational values also influence how an organisation ‘behaves’ because it will then determine the destiny of that organisation. Organisation Practices and Processes are then set up, to be followed, serve as guide books to ensure the organization is pursuing the right path towards common goals on a day to day execution perspective. These practices and processes served as written controls and guidelines for members of an organisation to perform their day to day job in order to achieve the common organisational goals. Business processes are set of living documents although there should not be frequent changes but to be reviewed from time to time. Some organizations spend huge amount of investment to review and redesign processes. The design teams tend to be ambitious to design processes that ‘work on paper’. Issues arise during the execution phase. Situations become more complicated if staffs are not governed by the organizational values. Policies and practices are as good as the human that man many subsystems and sub processes.

An organisation can have the best designed processes but still cannot be the world class organization if humans, as part of the key factor are not behaving how they should be. Other than processes, policies and practices also include organisational enablers. An enabler is a technical facility or resource that makes it possible to perform a task, activity or processes. Organisational values also influence the organizational enablers directly which consequently impact the organisation’s policies and practices.

Typical business processes involved in invoice and servicing customers include billing the customer, provide after sales service and responding to customer inquiries. If an organisation induce ‘trust and personal responsibility to every client’s success’ as an organizational value and this is being practiced across the organisation including the invoice department, it is almost certain that customers will receive superb customer services and that organisation can expect regular return customers without much of marketing effort. But if the invoice department does not practice the organizational value, it is most likely to be the pain point for customers to deal with, and the staffs do not feel their responsibility towards the organisation’s success.

World famous technology leader, Sony’s core values is to be leader, not follower. The organisational value has been driving the company to be notable as the ‘first’ to introduce cutting edge electronic devices, recording and storage technologies to market all time. Sony refuse to stay in the position of adopting standards of other manufacturers set. Sony spends million of dollars in the Research and Development Department every year to sustain as the leader in new product introduction. ‘Walkman’ is a Sony brand trademark originally used for portable cassette player. It was invented by Sony’s audio division engineer Nobutoshi Kihara in 1979 and other electronic companies then followed the idea, innovatively. Sony also was the first to launch other electronic products such Compact Disc players, gaming console, Play Station to name a few.