Home » Management Principles » The Impact of Bureaucratic Structure in Organizations

A  bureaucracy  is a form of organisation based on logic, order, and the legitimate use of formal authority. Bureaucracies are meant to be orderly, fair, and highly efficient. Max Weber, a German theorist, was the first person to introduce many of the concepts of bureaucracy. During the 18th and 19th century period many employees worked only for themselves and in a workplace environment that was primarily focused on getting the job done in whichever way possible unconcerned with efficiency. Weber’s idea was to use regulation by rules, policies, supervision, reward systems and other mechanisms to make sure that the behavior and standards of the employees are always met and making the contemporary workplace more organized. The six key principles of bureaucracy that Weber identified were; division of work, hierarchy, promotions, record-keeping, business as a separate legal entity and rules and regulations. 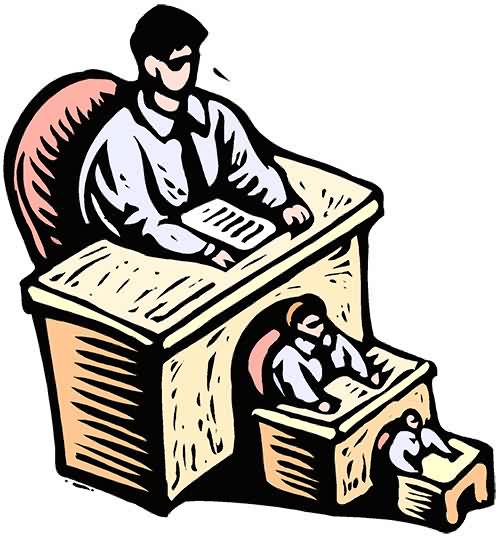 Many businesses today have benefited from Weber’s work. Division of work in a workplace has been a fundamental characteristic of an organisation’s structure. Division of work is the process of dividing labor into clear definitions of authority and responsibilities that are legitimized as official duties. Departmentalization works on a basis that groups individuals into departments and these departments into the total organisation. This principle gives rise to specialists who are in charge of a very specific function of a particular department. These specialists are extremely educated and well trained, which increases the strength of the business allowing the senior management more control and certainly more effectiveness. This type of division has a number of benefits. Employees that perform common tasks mean that an organisation is taking advantage of economies of scale and using its resources efficiently. It also increases the skills of the individuals within the department because they work with other experts in their field which provides the opportunity to further develop themselves. Division of work creates a better working ambiance as people within these divisions have similar expertise and reduces the chance of conflict. Working in teams also helps build team spirit and this has its own motivational advantages. This bureaucratic principle also has a few drawbacks. A major problem that has occurred as a result of dividing up the labor into departments is that there is a lack of communication and coordination. This has led to slow response to changes in the business environment, which in a business world could mean the difference between large profit opportunities and bankruptcy. Another negative outcome that has resulted from this principle is because it involves the creation of department/teams, it can lead to conflicts between departments with each department trying to compete against the other to be better.

The second element of bureaucracy is hierarchy or chain of command, which is an unbroken line of authority that links all persons in an organisation and shows who reports to whom. All employees should be completely clear about who are their supervisors and the different management levels all the way to the top. The impact on employees who work in organisations where the hierarchy is well defined are often motivated to work hard and perhaps be in contention for a promotion. The impact that this has on the workplace is that it opens up an opportunity for employees to participate in training session to become managers and this has positive motivational value.

Another important factor in Weber’s work was career advancement or promotion. Promotions, before the introduction of any systematic procedures used to be based on the people that you knew. However, selection and promotion is based on workers qualification and performance and these can be assessed by examinations or according to training and experience.

Bureaucracy is notable for its strict regulations and staff was required to follow these disciplines and control with regards to the conduct of their official duties. These regulations were enforced to all working in the organisation regardless of their position. It isn’t the manager’s personality that must depend on for giving orders; it is his or her power invested in the managerial position. It is these rules and written records that that the organisation relies on for continuity.

As bureaucratic principles started to become more integrated into the common workplace, it also brought out some of the common negative effects that were felt by the employees working in these companies across the board. By departmentalizing, each division focused on its own agenda and did not seem to work in tandem to get the job done. To be a good manager you must take responsibility for planning, leading, organizing and controlling and those who are leading and giving orders must have the experience and expertise to do so. However, often the problem that arises when managers are heading a department is that they lose sight of the organisational vision and mission. Departmental decisions are made on the basis of what the manager wishes rather than the overall target. The tendency is to make their department; people within the division look good before thinking about the business and a vital amount of time is often spent doing this. In any business, it will always be the survival, financial health and goals that must be at the forefront of each employee’s mind.

Another notable issue that employees feel is a concern is that amount of unhealthy stress created by the impression that they are not trusted, don’t have good judgment and they are not motivated to work unless forced and any mistakes made is attempted to be covered up and/or denied. Responsibilities for these mistakes must be taken by managers, who in a bureaucratic organisation try to place the blame onto others in an effort to defend their department. The impact of such problems is miscommunication which leads to show what the business should be rather than what it actually is. Bureaucracies are known to work best when there is little competition and as soon as the market changes these businesses find it difficult to adapt to the environment as communication problems within the hierarchy arise.

In conclusion, although Max Weber’s believed that rational authority would be more efficient, his policies have evolved with businesses and created unforeseen issues. However, his work has also been the base of many organisations that are successful today.