Anticipation of higher profits leads to an inducement to invest as well as to innovate. As the entrepreneur begins to forecast more profits he undertakes more investment which in turn creates more employment. This will generate more incomes which in turn, will create more demand for a variety of goods in the market. The prices of these goods will rise at a rate which is related to supply. Higher prices may lead to more profits and greater inducement to invest. The Keynesian Investment Multiplier will begin to operate and the economy will march towards prosperity especially by creating bullishness in the stock markets. 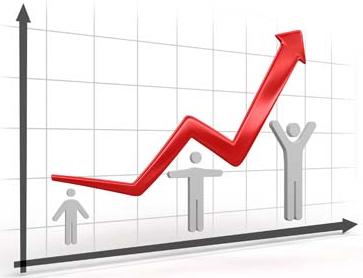 Whereas decline in profits signals the oncoming of depression because as profit margins dwindle, investment will fall as there would be not much of incentive to invest more. As the investment declines the Investment Multiplier will begin to operate in reverse. Employment will fall, incomes will decline, demand for goods overall will fall, prices start falling and profits will fall further still. The economy begins to slide into depression. Therefore profits play a crucial role as a causative factor in different phases of trade cycle.  It is not necessary that profits of all the firms will be either rising or falling at the same rate and therefore the margin of profits will help in determining the direction in which the community’s resources should be flowing.

The institution of profit is often subject to criticism and is looked upon with suspicion because the range of profits is responsible for widening the area of inequality. It leads to concentration of power and wealth. Often it is believed that profit is the result of exploitation of  labor  as well as the class of consumers i.e. the workers will be paid relatively lower wages to reduce costs; consumers may be charged higher prices to extract more return and thereby the entrepreneur will be enjoying more and more profits through exploitation of both  labor and consumers. However in the absence of profits there would be no other incentive which would provide inducement to undertake risky business ventures and therefore fair amount of profits would be justified in the area of Managerial Economics.

Besides, when we are analyzing the role of profits, weightage needs to be given not to the amount of profits but to the use to which the earned profits are employed. If profits are used for promoting  labor  welfare or for development of research or for innovations or are even ploughed back for further production then profits should not be looked upon with contempt. But if profit is the outcome of exploitation then such amount of profits should be controlled. If the profits emerge out of restrictive trade practices then the Government has an important role to play in preventing such restrictive trade practices. Abuse of monopoly power as a result of emergence of profits is definitely considered to be an evil and needs to be controlled but if the profits are diverted for betterment of business research, innovation and development and for promoting labour welfare, after  honoring  the tax liabilities then profits need not necessarily be looked upon as an evil. In fact, the amount of profit and the use of it provide the Acid Test of the business success or otherwise of the business enterprise.

Keynesian Investment Multiplier:  The multiplier is one of the main tools for establishing a relationship between income,  investment, consumption and employment as developed by Keynes in his The General Theory.  The multiplier, according to Keynes, “establishes a precise relationship, given the  propensity to consume, between aggregate employment and income and the rate of  investment. It tells us that, when there is an increment of investment, income will  increase by an amount which is K times the increment of investment.”  The notion of investment multiplier is most relevant when the economy is functioning somewhere below  its full-employment level and market forces, which normally impinge on prices, wages and the interest rate,  are not working.