A questionnaire is a form prepared and distributed to respondents secure responses to certain questions. It is a device for securing answers questions by using a form which the respondent fills by himself. It is a systematic compilation of questions that are submitted to a sample drawn the population from which information is desired. It is an important instrument in normative survey research, being used to gather information from widely scattered sources. The questionnaire procedure normally comes into use where one cannot readily see personally all of the people from whom he desires responses or where there is no particular reason to see them personally. 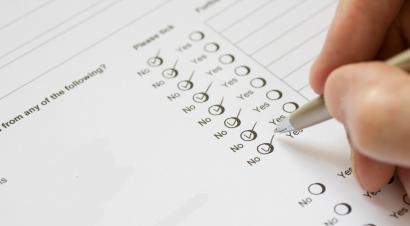 Purposes of questionnaire in research are two fold:

There are diverse forms of questionnaire used in research. These are discussed briefly here.