Coca Cola’s history can be traced back to a man called Asa Candler, who bought a specific formula from a pharmacist named John Stith Pemberton. Two years later, Asa founded his business and started production of soft drinks based on the formula he had bought. From then, the company grew to become the biggest producers of soft drinks with more than five hundred brands sold and consumed in more than two hundred nations worldwide. 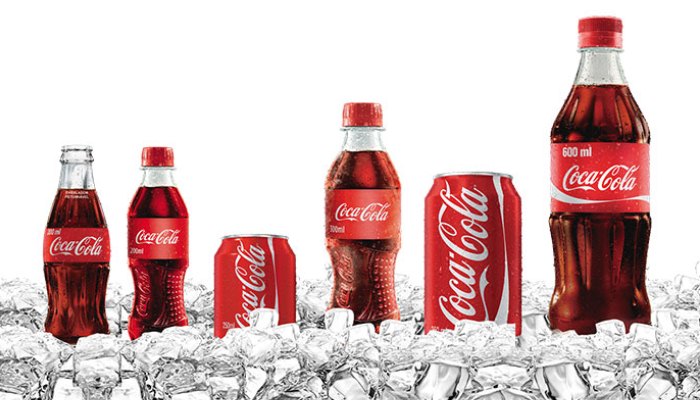 Although the company is said to be the biggest bottler of soft drinks, they do not bottle much. Instead, Coca Cola Company manufactures a syrup concentrate, which is bought by bottlers all over the world. This distribution system ensures the soft drink is bottled by these smaller firms according to the company’s standards and guidelines. Although this franchised method of distribution is the primary method of distribution, the mother company has a key bottler in America, Coca Cola Refreshments.

In addition to soft drinks, which are Coca Cola’s main products, the company also produces diet soft drinks. These are variations of the original soft drinks with improvements in nutritional value, and reductions in sugar content. Saccharin replaced industrial sugar in 1963 so that the drinks could appeal to health-conscious consumers. A major cause for concern was the inter product competition which saw some sales dwindle in some products in favor of others.

Coca Cola started diversifying its products during the First World War when ‘Fanta’ was introduced. During World War 1, the heads of Coca Cola in Nazi Germany decided to establish a new soft drink into the market. During the ongoing war, America’s promotion in Germany was not acceptable. Therefore, he decided to use a new name and ‘Fanta’ was born. The creation was successful and production continued even after the war. ‘Sprite’ followed soon after.

In the 1990’s, health concerns among consumers of soft drinks forced their manufactures to consider altering the energy content of these products. ‘Minute Maid’ Juices, ‘PowerAde’ sports drinks, and a few flavored teas variants were Coca Cola’s initial reactions to this new interest. Although most of these new products were well received, some did not perform as well. An example of such was Coca Cola classic, dubbed C2.

Coca Cola Company has been a successful company for more than a century. This can be attributed partly to the nature of its products since soft drinks will always appeal to people. In addition to this, Coca Cola has one of the best commercial and public relations programs in the world. The company’s products can be found on adverts in virtually every corner of the globe. This success has led to its support for a wide range of sporting activities. Soccer, baseball, ice hockey, athletics and basketball are some of these sports, where Coca Cola is involved.

However, even with the above achievements of Coca Cola and the foundation of Coca Cola which has been since years back, the company has its own strength, weakness, opportunity and threats SWOT which are to be considered to be able to compete with the market and adapt to changes. SWOT analysis is a strategic planning method used to evaluate the strengths, weaknesses, opportunities and threats involved in a project or in a business venture. It invades specifying the objective of the business venture or project and identifying the internal and external factors that are favorable and unfavorable to achieve that objective. The purpose of SWOT analysis is to gather, analyze and evaluate information and identify strategic options facing an organization at a given time. SWOT Analysis is a very effective way of identifying strengths and weaknesses, and of examining the opportunities and threats one tends to face-carrying out a analysis using the SWOT framework helps to focus activities into areas where one is strong and where the greatest opportunities lies. This knowledge is then used to develop a plan of action.

Coca Cola is an enormously familiar company. Recognition is one of its bigger strengths that are almost unparalleled. Coca Cola is known very well across the world. It’s branding is clear and renowned. The logo of Coca Cola is one of the most famous things in the world. Some people buy coke, not only because of its taste but because it is widely accepted and they feel like they are part of something so big and unifying. Overwhelming is the best word to describe Coca Cola’s popularity. It is scary to think that its popularity has been constantly growing over the years and the possibility that there is still room to grow. If you speak the words “Coca Cola”, it would definitely be recognized all around the world. Money is another thing that is strength of the company. Coca Cola deals with massive amounts of money all year. Like all businesses, they have had their ups and downs financially, but they have done well in this compartment and will continue to do well and improve. The money they are earning is substantially better than most beverage companies, and with that money, they put back into their own company so that they can improve. Another strength that is very important to Coca Cola is customer loyalty. The 80/20 rule comes into effect in this situation. Eighty percent of their profit comes from 20% of their loyal customers. Many people/families are extremely loyal to Coca Cola. It would not be rare to constantly find bottles and cases of a product such as coke in a house. It seems that some people would drink coke religiously like some people would drink water and milk. This is an improbable feat.

Coca Cola is a very successful company, with limited weaknesses. However they do have a variety of weaknesses that need to be addressed if they want to rise to the next level. Word of mouth is probably a strength and weakness of every company. While many people have good things to say, there are many individuals who are against Coca Cola as a company, and the products in which they produce. While people will have their opinions, you have to try to sway their negative views. If bad comments and views are put out to people who have yet to try Coca Cola products, then that could produce a lost customer which shows why word of mouth is a weakness. Another aspect that could be viewed as a weakness is the lack of popularity of many of Coca Cola’s drinks. Many drinks that they produce are extremely popular such as Coke and Sprite but this company has approximately 400 different drink types. Most are unknown and rarely seen for available purchase. These drinks do not probably taste bad, but are rather a result of low profile or nonexistent advertising. This is a weakness that needs to be looked at when analyzing their company. Another weakness that has been greatly publicized is the health issues that surround some of their products. It is known that a popular product like coke is not very beneficial to your body and your health. With today’s constant shift to health products, some products could possibly loose customers.

Coca Cola has a few opportunities in its business. It has many successful brands that it should continue to exploit and pursue. Coca Cola also has the opportunity to advertise its less popular products. With a large income it has the available money to put some of these other beverages on the market. This could be very beneficial to the company if they could start selling these other products to the same extent that they do with their main products. Another opportunity that we have seen being put to use before is the ability for Coca Cola to buy out their competition. This opportunity rarely presents itself in the world of business. However, with Coca Cola’s power and success, such a task is not impossible. Coca Cola has bought out a countless number of drink brands. An easy way to turn their profit into your profit is too buy out their company. Brand recognition is the significant factor affecting Cokes competitive position. Coca Cola is known well throughout 90% of the world population today. Now Coca Cola wants to get there brand name known even better and possibly get closer and closer to 100%. It is an opportunity that most companies will ever dream of, and would be a supreme accomplishment.

Despite the fact that Coca Cola dominates its market, it still has to deal with many threats. Even though Coca Cola and Pepsi control nearly 40% of the entire beverage market, the changing health-consciousness attitude of the market could have a serious effect on Coca Cola. This definitely needs to be viewed as a dominant threat. In today’s world, people are constantly trying to change their eating and drinking habits. This could directly affect the sale of Coca Cola’s products. Another possible issue is the legal side of things. There are always issues with a company of such supreme wealth and popularity. Somebody is always trying to find fault with the best and take them down. Coca Cola has to be careful with lawsuits. Other threats are of course the competition. Coca Cola’s main competition being Pepsi, sells a very similar drink. Coca Cola needs to be careful that Pepsi does not grow to be a more successful drink. Other product such as juices, coffee, and milk are threats.