The term “Hawthorne” is a term used within several behavioral management theories and is originally derived from the western electric company’s large factory complex named Hawthorne works. Starting in 1905 and operating until 1983, Hawthorne works had 45,000 employees and it produced a wide variety of consumer products, including telephone equipment, refrigerators and electric fans. As a result, Hawthorne works is well-known for its enormous output of telephone equipment and most importantly for its industrial experiments and studies carried out.

In 1927, a group of researchers led by Elton Mayo and Fritz Roethlisberger of the Harvard Business School were invited to join in the studies at the Hawthorne Works of Western Electric Company, Chicago. The experiment lasted up to 1932. The Hawthorne Experiment brought out that the productivity of the employees is not the function of only physical conditions of work and money wages paid to them. Productivity of employees depends heavily upon the satisfaction of the employees in their work situation. Mayo’s idea was that logical factors were far less important than emotional factors in determining productivity efficiency. Furthermore, of all the human factors influencing employee behavior, the most powerful were those emanating from the worker’s participation in social groups. Thus, Mayo concluded that work arrangements in addition to meeting the objective requirements of production must at the same time satisfy the employee’s subjective requirement of social satisfaction at his work place.

The Hawthorne experiment consists of four parts. These parts are briefly described below:-

This experiment was conducted to establish relationship between output and illumination. When the intensity of light was increased, the output also increased. The output showed an upward trend even when the illumination was gradually brought down to the normal level. Therefore, it was concluded that there is no consistent relationship between output of workers and illumination in the factory. There must be some other factor which affected productivity. 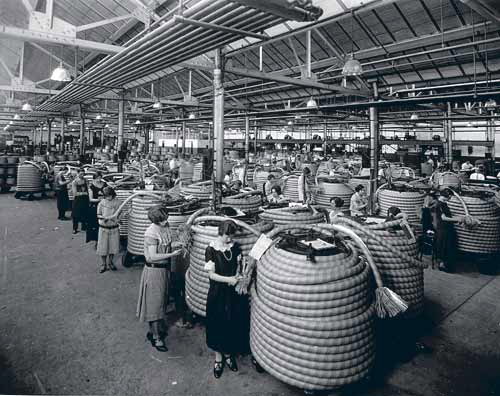 This phase aimed at knowing not only the impact of illumination on production but also other factors like length of the working day, rest hours, and other physical conditions. In this experiment, a small homogeneous work-group of six girls was constituted. These girls were friendly to each other and were asked to work in a very informal atmosphere under the supervision of a researcher. Productivity and morale increased considerably during the period of the experiment. Productivity went on increasing and stabilized at a high level even when all the improvements were taken away and the pre-test conditions were reintroduced. The researchers concluded that socio-psychological factors such as feeling of being important, recognition, attention, participation, cohesive work-group, and non-directive supervision held the key for higher productivity. 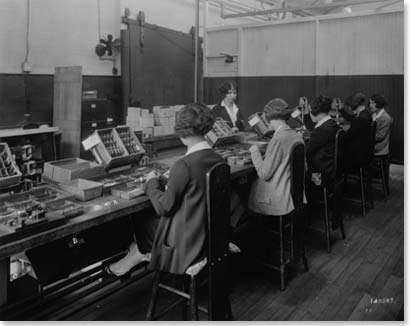 The objective of this programme was to make a systematic study of the employees attitudes which would reveal the meaning which their “working situation” has for them. The researchers interviewed a large number of workers with regard to their opinions on work, working conditions and supervision. Initially, a direct approach was used whereby interviews asked questions considered important by managers and researchers. The researchers observed that the replies of the workmen were guarded. Therefore, this approach was replaced by an indirect technique, where the interviewer simply listened to what the workmen had to say. The findings confirmed the importance of social factors at work in the total work environment.

This experiment was conducted by Roethlisberger and Dickson with a view to develop a new method of observation and obtaining more exact information about social groups within a company and also finding out the causes which restrict output. The experiment was conducted to study a group of workers under conditions which were as close as possible to normal. This group comprised of 14 workers. After the experiment, the production records of this group were compared with their earlier production records. It was observed that the group evolved its own production norms for each individual worker, which was made lower than those set by the management. Because of this, workers would produce only that much, thereby defeating the incentive system. Those workers who tried to produce more than the group norms were isolated, harassed or punished by the group. The findings of the study are:-

Effect of Monotony and Fatigue on Productivity

Using a study group other experiments were conducted to examine what effect of monotony and fatigue on productivity and how to control those using variables such as rest breaks, work hours and incentives.

At normal conditions the work week was of 48 hours, including Saturdays, with no rest pauses. On the first experiment workers were put on piece-work salary where they were paid on each part they produced, as a result the output increased. On the second experiment the workers were given 2 rest pauses of 5 minutes each for 5 weeks and again output went up. The third experiment further increased the pauses to 10 min and the output went up sharply. For the fourth experiments a 6, 5 min breaks were given and output fell slightly as the workers complained that the work rhythm was broken. On the fifth experiments conditions for experiment three were repeated but this time a free hot meal was given by the company and output wen up again.at the sixth experiment, workers were dismissed at 4.30p.m. Instead of 5.00p.m were an output increase was recorded.

The seventh experiment had the same results as experiments six even though the workers were dismissed at 4.00 p.m. on the eighth and final experiment, all improvements were taken away and workers returned to their original working conditions. Surprisingly, results concluded that output was the highest ever recorded!

Contributions of the Hawthorne Experiment to  Management

Elton Mayo and his associates conducted their studies in the Hawthorne plant of the western electrical company, U.S.A., between 1927 and 1930. According to them, behavioral science methods have many areas of application in management. The important features of the Hawthorne Experiment are:

A new milestone in organisational behavior was set and Elton Mayo and his team found a way to improve productivity by creating a healthy team spirit environment between workers and supervisors labeling it as The Hawthorne Effect.

The Hawthorne effect is a physiological phenomenon that produces an improvement in human behavior or performance as a result of increased attention of superiors and colleagues. As a combined effort, the effect can enhance results by creating sense of teamwork and a common purpose. As in many ways the Hawthorne effect is interpreted, it generates new ideas concerning importance of work groups and leadership, communication, motivation and job design, which brought forward emphasis on personnel management and human relations.

Although the Hawthorne effect tends to be an ideal contributor to organizational management, it contains a few flaws which such a study is criticized upon. Having the experiments being conducted in controlled environments, lack of validity may exist as the workers knew they were observed hence produced better performances. The human aspect in the Hawthorne experiments was given too much importance were it alone cannot improve production as other factors are a must. Group decision making might also evolve in a flaw as on occasions individual decision making is vital as it might be the way to prevent failures within a system. Another flaw contributes to the freedom given to the workers by the Hawthorne effect. The important constructive role of supervisors may be lost with excess informality within the groups and in fact such a flaw may result in lowering the performance and productivity.

The Hawthorne experiments marked a significant step forward in human behavior and are regarded as one of the most important social science investigations and said to be the foundations of relations approach to management and the development of organizational behavior. Managers are to be aware of the criticism evolved through years on such a study before adopting it. In my opinion, the Hawthorne effect is a validated theory and could be applied within the organisation, though care is to be taken and a limit is to be set. The use of team groups is acceptable as it creates a caring factor between workers and competitively amongst other teams. Supervisors are to keep their role and limit socializing with staff on the shop floor to always keep their role and hence standards are always kept to the maximum. Team meeting are to be held which allows the worker to give out his opinion and feel important by contributing his ideas to the organisation.

Whichever management structure an organisation is to adopt, regular reviews are to be carried out in order to keep a stable output and good standard in quality. Such a strategy will ensure continuous evolution of the organizational management and a successful organization producing maximum efficiency in its produce.