Taxes are a defined as mandatory payments of the contributors to the budget and to the extra-budgetary funds in the amount determined by law and within the stipulated deadlines. 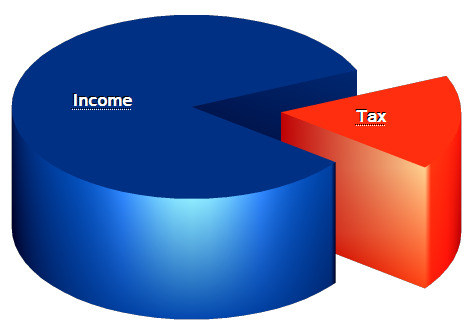 There are five main functions of taxation: fiscal, redistributory, regulating, controlling, and promoting.

1) The main function of taxation is the fiscal one. It is through fiscality that taxes play their role in the formation of the state budget necessary for the realization of national and holistic state programmes. The fiscal function provides for the achievement of the main social goal of taxation – the formation of the state’s financial resources necessary for executing the role of the latter (defense, social, environmental protection, etc.)

2) The allocation function of taxation expresses their essence as a special centralized instrument of allocation relations and consists of the social income redistribution among various groups of citizens: from wealthy to deprived ones, which ultimately provides for the assurance of the social stability of the population.

3) The regulatory function of taxation was initiated as soon as the state started to take active part in the economic set-up of the society. This function is aimed at achieving specific goals of the taxation policy through the taxation mechanism. Taxation regulation entails three sub-functions:

4) The controlling function of taxation – through taxation, the state controls the financial-economic activity of juridical and natural persons. This also contributes to controlling the sources of income and the directions of spending.

5) The incentive function stipulates special taxation arrangements for a certain group of citizens, who are social achievers (participants in wars, etc.). This function of taxation has a social facet.