The idea of value creation is to capitalise on what, as an organisation, you already possess. The organisation may be a business, a school, a corporation, a government department — anywhere, in fact, where the main asset of the company is the people within it.

Establishing value creation as a way of life for both managers and workers can help define the role of each more precisely, whilst simultaneously making both feel more integrated and involved within the day to day running of a place of work. Making everyone within an organisation feel that they are more than just ‘cogs in a wheel’ establishes a new feeling of unity and cooperation in organisations and can be a great asset in moving a company or other organisation forward because if everyone feels that they are part of the decision-making process then carrying out the aftermath of those decisions is more likely to be successful. In the modern business world, then, it makes sense to learn how value creation can be implemented.

So What is Value Creation?

Value creation, aligned with value based management, is the amalgamation of established organisational principles such as planning, performance, management and communication, with the fundamental principle that all members of an organisation have an important role to play in all aspects of the running of the organisation. Of course, this must be handled extremely carefully because management techniques are not dispensed with in the implementation of value creation, they are adapted to it. Therefore, the first thing to look at when considering the implementation of a policy of value creation, which has proved itself to be both financially and personally beneficial, is to consider how this alters the role of the manager. 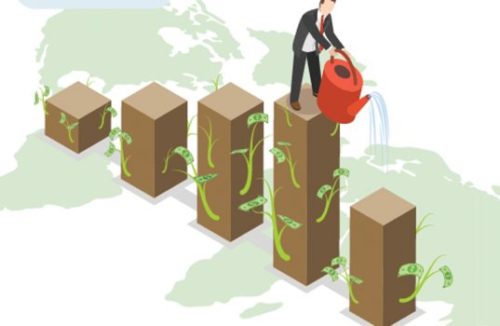 It has been established that in order to implement successful value creation, senior management has to be fully committed to the project. This means that the role of the manager in the implementation of value creation is crucial.

The successful manager as defined within the terms of value creation needs to possess the following qualities:

When implementing value management, all of the above need to be rethought so that the workforce is engaged in the process from top to bottom. What you are aiming to do in all of these key areas is to shift the emphasis from ‘manager’ to ‘owner’ as conceptualized throughout the organisation: in short, everyone needs to feel that they are an important, valid and vital member of the team.

After the initial enthusiasm, especially by senior management, towards value creation as an ethos, research has shown that it is all too easy for organisations to slip back into previous ‘management versus workforce’ divisions. This destroys any progress made during the implementation process and also any accompanying successes achieved at that time. Even if there is only a partial retrenchment, the cracks will quickly spread and the whole edifice collapse, perhaps creating more fragmentation than before the implementation of a policy of value creation.

This means that once implemented, value creation must be maintained. Everyone within the company thus needs to be aware of the importance of their role within it and how they can make any worries or concerns known as value creation becomes a way of life as natural as breathing. Make each person aware that their role in value creation is ongoing and that if they feel the organisation is regressing, they have channels via which they can make their feelings known.

Some Final Points on Value Creation