Home » Information Systems Management » Cryptocurrency – Meaning and How it Works

Cryptocurrency is an online digital and virtual currency which only exists electronically where it is designed to be secure and anonymous. This online currency can be offered as a medium of exchange that operates independently of a central bank. Being independent is a massive attraction for many people as it won’t have any government tampering as there is no central controlling authority. Users on the network would confirm every transaction which then become  a public record. This helps prevents the same digital/virtual currency from being spent more than once by the same individual. The ever-fast-moving market of cryptocurrency with exchange rates that can dramatically change by day or even sometimes by the hour Is quite a difficult market to understand. You can get a better understanding by joining Dchained. 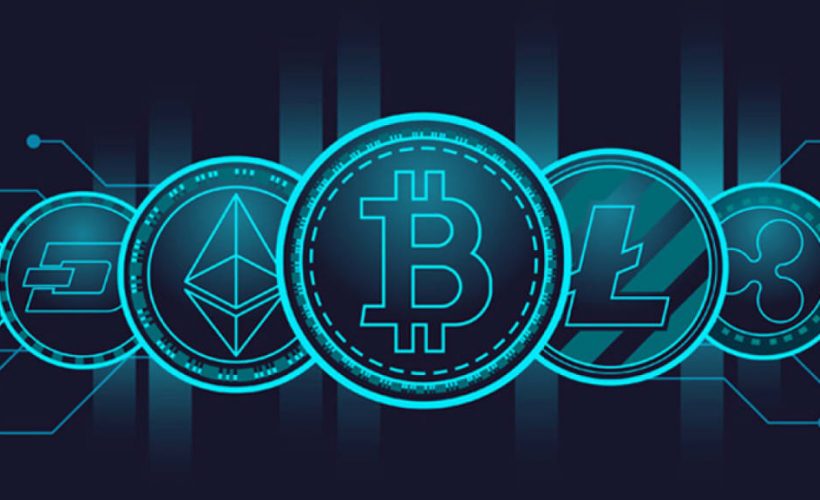 In the 90’s they were many attempts to create digital currencies but most of them failed due to reasons such as fraud and financial difficulties. However, in 2009 an anonymous programmer or group of programmers under the name ‘Satoshi Nakamoto’ introduced the well-known, dominate cryptocurrency out there which is named Bitcoin. Satoshi described it as ‘peer-to-peer electronic cash system’. Bitcoin has a valuable reputation and obtains many users. There are many merchants online and offline that accept Bitcoin as a form of payment. Some online retailers accept bitcoin as well in shops, bars and restaurants. Bitcoins is also accepted in hotels, apps flights and many others. There are also markets that would only accept cryptocurrencies as a form of payment such as ‘Bitify’ and ‘OpenBazza’.

There are other types of cryptocurrency that aren’t as big as Bitcoin but still popular these are Blackcoin which requires users to stake coins from their own wallet for the right to verify a Blackcoin block. If the block isn’t verified than the coins are spent. Dash is another example of a type of cryptocurrency which is a two-their network, the first their are for the miners to secure the market network and transaction. The second their uses ‘Masternodes’ that deliver multiple transactions at once.

Many people talk about why you should use cryptocurrencies and tell us why they are so good. One of these reasons is that it has high identity protection. For example, paying with your credit or debit cards online, you will be asked to submit sensitive banking details that can easily be stolen whereas, cryptocurrency you send to an individual without the need for any of the sensitive information details or credit cards require. Also due to the high accessibility of the internet in the 21st century many people have quick and easy access to cryptocurrency online whereas not everybody has access to banks or money exchange systems.

To understand how cryptocurrencies works it’s important to know some of the basic terms that are mentioned a lot when talking about cryptocurrency such as;

Cryptocurrency is storied in a digital online wallet that exist on the blockchain. The blockchain is the public ledger where transactions are recorded and stored.  Transaction are sent between individuals from their digital wallets where one individual must match up codes which relates back to another user encrypted keys. Whoever sends a transaction their identity is kept secret and where each transaction is made it is led back to a digital wallet. Everyone has their own password/key that they only know. Whoever owns the key to the digital wallet owns the cryptocurrency that has been sent to the blockchain. When transactions are made in the wallets one individual must set up public and private passwords.  Transaction can be queued up to be added to the ledger or even added all at once. These so-called blocks of transaction are added in slowly. This is where blockchain gets its name from.

Blockchain is basically a financial ledger entry of transactions. When one new transaction is made or even the editing of an existing transaction these transactions are sent to every user with “full node” wallets. Miners as mentioned above try to solve the puzzle, which in turn lets them add a “block” of transactions to the ledger. Whoever solves the puzzle first gets the coins as a reward. Often miners could work together where in turn they would share the coins. Each puzzle relies on agreement so if most miners issue the same answer it would confirm that the transactions are correct.

Cryptography is the idea of encrypting specific data or information to ensure it is kept a secret from third parties. This is a huge advantage in relation to cryptocurrency’s as today’s world and the internet has problems in relation to protecting our identity and much more. Resulting of these scares, blockchain uses ways of encrypting technology.

Cryptography plays and important role in protecting cryptocurrencies.  It uses cryptography for three main reasons. To secure transaction, to control the creation of additional units and to verify the transfers of assets. To achieve all these, cryptocurrencies rely on “Public Key Cryptography.”

Public key cryptography consists of having a both public and private key. Both keys are encrypted which consist of a bunch of random numbers and letters that could look like: hIbfiaifhd82EY28YdsknuiUSB729198. These types of keys tend to be 20 numbers and letters long. Public keys are used for people to be able send money to a certain address. The private key unlocks the public key to retrieve the money that was already sent. This is an important feature that cryptography plays to protect cryptocurrencies as by doing the above only the person knows the meaning of the encrypted private key that can unlock the public key. The public key cryptography is changing the online payment industry as people will now use to their cryptocurrencies for payments of some kind as they know their identity and other personal information are kept safe.