A depositary receipt (DR) is a type of negotiable (transferable) financial security that is traded on a local stock exchange but represents a security, usually in the form of equity, which is issued by a foreign publicly listed company. The DR, which is a physical certificate, allows investors to hold shares in equity of other countries. One of the most common types of DRs is the American depositary receipt (ADR), which has been offering companies, investors and traders global investment opportunities since the 1920s. Since then, DRs have spread to other parts of the globe in the form of global depositary receipts (GDRs) (the other most common type of DR), European DRs and international DRs. ADRs are typically traded on a U.S. national stock exchange, such as the New York Stock Exchange (NYSE) or the American Stock Exchange, while GDRs are commonly listed on European stock exchanges such as the London Stock Exchange. Both ADRs and GDRs are usually denominated in U.S. dollars, but can also be denominated in Euros. 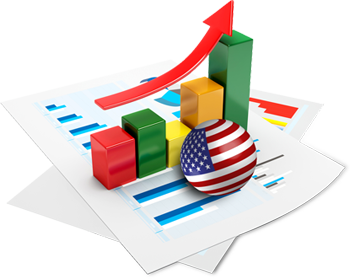 An Overview of Global Depositary Receipts

Global Depositary Receipts (GDR’s)  are a type of straight equity issues, which are issued in the offshore market. These are essentially those instruments, which possess a certain number of underlying shares in the custody of a depository bank. It is a negotiable instrument, which represents publicly traded local currency equity share. It is an instrument in the form of a deposition receipt or certificate issued by the overseas depositary bank outside India and issued to non-resident investors against the issue of ordinary shares or foreign currency convertible bonds of the issuing company.

If the depository receipt is traded in a country other than USA, it is called a Global Depository Receipt, or a GDR. It represents a certain number of underlying equity share. GDRs are not for investors in India – They can invest directly in the shares of various Indian companies. But the GDRs are an excellent means of investment for NRIs and foreign nationals wanting to invest in India. By buying these, they can invest directly in Indian companies without going through the hassle of understanding the rules and working of the Indian financial market–since GDRs are traded like any other stock. NRIs and foreigners can buy these using their regular equity trading accounts. Though the GDR is quoted and traded in dollar terms, the underlying equity shares are denominated in rupees. GDR is issued through the under writers, who arrange to sell the GDR to the investors. After the final issue, a depository is chosen, and the company registers the equivalent equity shares of GDR issue in the name of this depository. Though the shares are registered in the name of this depository, the physical possession of the shares is with the local custodian, who acts as the trustee of the depository. The depository subsequently issues the GDR to the under-writer who distributes these negotiable instruments to the investors.

Global Depositary Receipts can be converted into equity shares by the cancellation of GDRs through the intermediaries, if so desired by the investor and the sale of underlying share in the domestic market through the local custodian. They are treated as common equity of the issuing company and are eligible to receive dividends and noting rights from the date of issuance. The depository receives the divided from the company in local currency and distributes the same to the holders of GDRs into dollars after converting them at the prevailing rate of exchange. The voting rights are exercised by the depository as per the agreement between the company / issuer the GDR holders.

Global Depositary Receipts  are bearer securities and trading / settlements are done through book entries through CEDEL (Clearing System for Eurobonds based in Luxembourg, where Eurobonds are physically exchanged and stored) or Euroclear. The proceeds of the GDRs can be used for financing capital goods imports, capital expenditure including domestic purchase/installation of plant, equipment and building and investment in software development, prepayment or scheduled repayment of earlier external borrowings, and equity investment in Joint Venture’s etc.

So it is evident that the Indian capital market has remarkably changed through the issue of GDRs and able to mobilize considerable foreign investment. The capital market has become very active, and Financial Institutions (FIs), FIIs, Asset management companies have shown increasing interest in investing in India. With a view to achieve the goal, Euro-issue is taken as one of the viable alternatives. GDR is envisaged as an innovative and easily accessible route to reach the international capital market by Indian corporate sector. The response of foreign investment flows to reforms was to a great extent encouraging. It clearly shows that the sizes of euro-issues have grown tremendously just after new economy policy measures announced. A GDR is a dollar denominated instrument listed and traded on foreign stock exchanges like NYSE (New York Stock Exchange) or NASDAQ (National Association of Securities Dealers Automated Quotation) both. The Reliance Industries Ltd, in May 1992, made the first GDR issue of $150 million. The first Indian GDR issues made by Reliance Industries and Grasim Industries were at a premium. There are 22 ADR issues from India between 2004 and 2009. Since ADRs are traded in the U.S. market they have been considered as an alternative to such cross-border investments while ensuring a higher diversification benefits.