Credit cards have been very big business for several decades. The cards have made the life easier for many people because they do not need to carry large amount of cash for most purchases. However, the credit card industry is intensely competitive, highly fragmented, and growing at the rate of 3 to 4 percent. Many college students are living on the verge of a financial crisis. For this purpose many banks are interested to consider this assertion by examining college students’ credit card use behavior and attitudes. A concurrent purpose was to test the factors associated with students’ attitude toward credit cards. College students’ use of credit cards has recently received increased visibility throughout the media concluded that in addition to credit problems many students do not have a written budget, and of those who do have a budget few young people actually use it. They determined that university students “are vulnerable to financial crisis”. Since the interest goes to the issuer of credit card bank so it makes credit card a profitable business for the issuing bank.

The staggering number of credit cards in circulation exemplifies this crisis, as does the number of cards carried by the average student. Currently, there are 1.3 billion credit cards in circulation, which, when averaged, equals about 12 cards per household in America. The growth of credit cards on college campus has tended to minor the credit saturation found in the general public. More than a decade ago it was   reported on college students’ use of consumer credit. It was during this period that the banking industry began permeating the student credit card market in the late 1980’s . In 1985-86 over half of all college students had bank credit cards. This figure has been on the rise as some 70% of all undergraduates at four-year colleges have at least one credit card today. 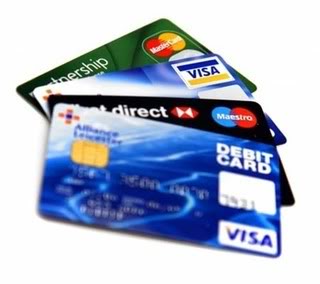 The credit card market is emerging at a rapid velocity in India. The RBI’s latest monthly report reveals that approximately, one-fifth of the total retail electronic payments is being conceded through credit cards, whereas, debit cards’ share is just 4%. The Metro cities like Delhi and Mumbai are highly penetrated by credit cards. The credit card issuers found excellent business prospects in Kolkata, Bangalore, and Hyderabad as well because of their IT/ITeS groups. With increase in the number of commercial activities and the growing swanky malls in smaller cities give bankers another target for their credit card market.

1.               What role Management Information System can play for any credit card issuing bank to increase its share in the market?

4.               In your opinion does the information about the behavior and attitude of the possessing credit card   by the students in India may help the banks to gain more customers?