Founded in the year 1962, by Sam Walton, Wal-Mart was a single discount store in Rogers situated in the state of Arkansas. Then the growth of the Wal-Mart chain of stores has been tremendous. Initially the chain consisted of 9 stores amounting to a total sale of 1.4 million US dollars and the growth exploded with a overall sale of 118 billion US dollars in the year 1998 and the number of stores amounted to over 2,316 stores. The company also includes discount stores, warehouse outlets offering deep discounts, the whole sale club, supercenters of Wal-Mart. The success story of Wal-Mart is unique in the history of retailing and this success could greatly be attributed to the dynamic leadership of Sam Walton. Its innings in the international arena started when the company inaugurated a store in Mexico in the year 1991. Then the international chain kept on expanding to many nations like Argentina, Canada, Germany, South Korea and Brazil. By the year 1998 the number of international stores of Wal-Mart alone amounted to over 600 and these stores generated a revenue of over 7.5 billion dollars. The lines of merchandise of Wal-Mart is inclusive of electronics for consumers, goods related to sports, house wares, items for the lawn and the kitchen, apparels, paints, hardwares, items for repairing the automotives and their maintenance, games, grocery, toys, fashion items for homes, goods related to other types of maintenance activities. In the region of the United states, the company plays an important role in the generation of jobs and the number of jobs created by the company amounts to over 800, 000. Apart from this the company is also involved in the supporting of many types of manufacturing jobs in the US and this is being facilitated through the campaign called “America first”. 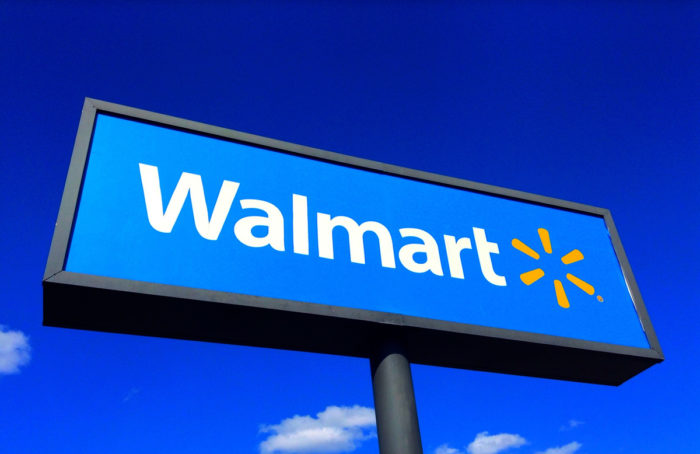 The company is involved in the serving of over 179 million people in one year and it also possesses over 2 million associates all over the world. The number of stores possessed by Wal-Mart numbers to over 7, 343 and its Sam’s Clubs are also present in over 14 markets. Hence it is not surprising that it is the biggest retailer in the whole of United States. From the year 2002 the company has been topping the list of fortune 500 list and in the year 2006 it was pushed to the second place, next only to Exxon- Mobil due the rise in the price of oil in that year. In the year 2008, the annual revenue generated by Wal-Mart was over 378 billion dollars. Hence the company continues to be successful in many nations exploiting the human resources as well as the other resources in the nations. Its idea is to capitalise on the strategy set by the company for global expansions and the present targets of Wal-Mart are the big nations with huge human resources like Russia and India.

The strategy used by Wal-Mart at the multinational level is being modified in such a way that it becomes the transnational strategy and the key aspects of this strategy includes response at the national level, operations at the international level and also taking lessons from the operations that are being conducted on a global scale. The aim of the company in following such an approach is that it should become the best choice for goods that are low cost in the United States as well as the whole world. As the company is basically a retail company it stresses on the concept of orientation of the consumers by acquisition as well as distribution of goods at a low cost and at the same time facilitating learning on a global scale by the process of decentralization, tackling competition over the borders and by sharing its acquired knowledge. But still in the global business arena, the company is relatively new and on its way to become a leading player. The stress placed by the company on the concept of national response has to an extent, brought about reductions in the operational efficiency of the company because it was not able to accomplish economy of scale which is enjoyed by the customers when it comes to the products that are standardized.

The company is involved in the formulation of blueprints for the managers when it comes to the strategies which they are supposed to follow. According to the needs as well as the culture of the people there is a high level of adaptation and the company has its location which is proximal to its market. The company also shows a lot of sensitivity when it comes to individual needs of every nation and also responds in an appropriate manner to these needs. There is also close contact and co-operative working shown by the company with the respective government so that every rule or legislation that has been passed by the government could also be taken into account while designing the strategies. The company is also involved in a lot of community works by provision of sponsors for the student community and contributes its share to the welfare of the people in the nations where it has its operations.

Each of the stores operated by Wal-Mart is from that of the product being stocked by the company which would move towards the equipment at the front end and this would go a long way in helping checkouts in a rapid manner with the philosophy set by the company in place- provision of goods at low prices every day and at the same time providing customer services that are of top quality. Hence the added advantage of the low costs is that the expenses incurred in organisation of promotions for sales could be cut down to a large extent. Moreover the predictability of sales also increases. The company firmly believes in the system of “cross docking inventory system” and hence has invested a lot in the same. The process of cross docking has led the Wal-Mart to attain economies of scale and this has in turn brought about considerable reductions in the costs that are incurred for sales. In the system followed by Wal-Mart, there is a continuous delivery of the goods to the stores in a time of maximum two days and at times there are no requirements even to inventory them. Hence the shelves of Wal-Mart are refilled faster than four times of the existing competition in the market. This is a particular advantage possessed by the company when it comes to competition. The power of buying of Wal-Mart is leveraged by means of purchasing in bulk quantities and also the company takes care of its own distribution. Hence every day low prices are guaranteed by the company and hence it has become a one stop shop. Hence at present the company owns stores in a variety of companies like Argentina, Mexico, Brazil, Canada, UK, Korea china and also in Germany.

The major reason behind the success of Wal-Mart lies in the fact that the company believes and concentrates on the strategy of single business. This is the strategy that has been providing the company with success over a period of over 30 years. In the three decades the company has never believed in the concept of diversification for the sustenance of its growth and also its advantages at the competitive level. Hence the services provided by the company and the low prices offered are the major reasons behinds its success. The concentration on one particular strategy also poses a threat to the company because it is equivalent to place all the eggs in one single bucket.

The competitive advantage gained by a company depends on the efficiency existing in the system of operation of the company and also on the degree of efficiency of the supply chain. The chain of stores owned by Wal-Mart is highly successful only due to the ability of the company in the distribution of the merchandise from that of a huge network of distribution centers that are modern and are in turn served by means of truck fleet that is private. Wal-Mart has also been highly efficient in the maintenance of a good position in terms of the instock and also in the filling of the shelves that are in the new stores being established by the company every year. This is evident from the fact that though Wal-Mart has increased its sales by 30 in a time of two years, there was only a 12 percent increase in the inventory value at the cost of replacement in the same period of time. Hence the strategy of leveraging a chain of supply for the purpose of restricting of the growth of the inventory continued to be followed by the company and during the first quarters resulted in a 14 percent increase of the inventories and a subsequent 3 percent increase in the inventories. Wal-Mart was also highly efficient and capable of investing in distribution capacities that are new and particularly this is true in case of the foods sold which is one of the areas responsible for a major portion of the growth shown by the company. The first center for distribution of food by Wal-Mart located at Clarksville is only 10 years and there are twelve other centers for food distribution which are very new.