Lenovo is the largest personal computers (PC) maker in the world as ranked by IDC, but global PC market is a  hyper-competitive  market with tough competition from competitors like HP, DELL and Acer. The industry also suffers from low profit margins too where Lenovo’s profit margin is around 2% only compared to Apple’s profit margin of 25-30%. Also the PC market itself is declining as consumers are buying more tablets and smartphones which is affecting the sales of desktop computers and laptops. All these factors have pushed Lenovo to adopt a new business strategy called as “PC Plus” Strategy, which covers terminal products like PCs, smart phones, table PCs and smart TVs. Lenovo’s acquisition of Motorola Mobility’s handset and tablet business from Google, following its acquisition of IBM’s x86 server business, puts the company exactly where it wants to be: at the forefront of the computing and smart devices businesses. Starting with its strong base in the world’s fastest growing market, China, Lenovo has thrived by acquiring, integrating and reengineering leading global hardware businesses. Already the world leader in PC sales and one of the largest tablet vendors, the IBM acquisition made it a major global player in data center hardware; the Motorola Mobility acquisition makes it a major global player in handsets. “It’s a very logical extension of our strategy,” said Gerry P. Smith, the head of Lenovo’s Americas business. “A couple of years ago, we recognized that the business is not just about PCs anymore.” Lenovo has been successfully implementing this strategy as highlighted by June 2013 IDC numbers, Lenovo has a 7% share of the global “smart interconnected device market” – smartphones, tablets, and PCs and the market is dominated by Samsung with 24% and Apple 14% market share, Lenovo is followed by, HP, with 3.6%. 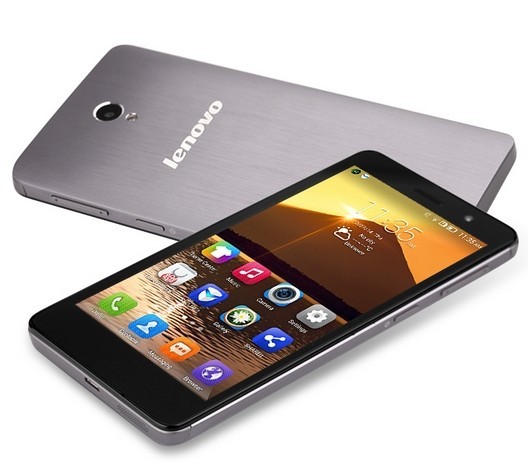 Yang Yuanqing, Chairman and CEO of Lenovo Group revived the company with his Protect & Attack strategy, formulated after the 2008 crisis. Under Protect & Attack, Lenovo protects its cash cows markets like China and attack fast-growth emerging with new products. Company expects double digit growth in Attack businesses and expects faster growth in the protect categories. Lenovo requires profitability only once a category has reached double-digit share. With “PC Plus”Strategy, Lenovo has shifted its “attack markets” to mobile devices and reorganized the company to address its “attack markets” head-on. In both tablets and smartphones, the market is shifting from the premium space to the mainstream and entry-level space and from mature markets to emerging markets,” Yang told  Barron’s  in a recent interview. “In mature markets, the refreshment cycle becomes shorter and faster. This trend favors Lenovo because we are stronger in mainstream, we are stronger in emerging markets, and our development cycle is much shorter than our competition’s,” a benefit in mature markets. Yang also said, “We can attack on scale. We’ll attack on cost efficiency and speed. We can attack these guys from the bottom, and put a lot of pressure on them from a product portfolio, pricing, time-to-market perspective.”

Lenovo’s smartphones have been among the Top 3 in the Chinese market and in 2012 the company launched 40 new models of mobile phones and expands its business to overseas markets. Lenovo introduced the Vibe X, a premium phone and it uses Google’s Android operating system and constantly upgraded components. Company also recently launched K900, a “phablet,” in India which is popular in China and expects to launch the same in US market too. Lenovo’s ThinkPad tablets use Microsoft’s Windows 8 operating system, while the IdeaPad uses Android operating system. Lenovo also launched convertible devices like the IdeaPad Yoga, a tablet and PC amalgamation in China, India, US and other markets. Despite the fact that the company started focusing on smartphones and tablets since 2010 and only increased its focus in 2011, the company built a capacity of 50 million smartphones and 10 million tablets and its new factory in Wuhan has the capacity to turn out 100 million smartphones and tablets a year. Lenovo’s smart TV idea TV K91 that was launched in 2012 adopts the voice-control technology.

Lenovo “PC Plus” strategy focus is dominating the entry level smartphone and tablets market which does not have much competition as majority of players like Apple, HTC, Samsung are focusing on the high end premium smartphone market. Lenovo’s value innovation proposition for customers is that they can buy smartphones and tablets at lower prices and for company the profitability increases as the smartphone and tablets have higher profit margins compared to PCs. The pricing strategy and entry level products will definitely be an advantage for the company in emerging markets where the growth lies for the company. Lenovo’s success in Chinese market is also a big advantage for the company as for succeeding in the Chinese market companies should have deep distribution channels covering the length and breadth of the country and the capability to launch number of new models of phones every year as consumers frequently upgrade their phones which shows shorter lifecycle for products. “We launch more new models every month,” says Yang. “And most of them are manufactured in-house, which gives us a cost advantage and also a time-to-market and time-to-volume advantage.”

Despite the greater profits and opportunities promised by the new market, Yang Yuanqing stressed that the PC will always be the backbone of Lenovo. The PC remains the primary computing device for most people. A recent IDC study showed that individuals spend half of their time on PCs, versus 30% on smartphones. Lenovo understands this fact and it is also focusing on PC business and gaining market share in a very flat market for both desktops and notebooks. Lenovo has spent heavily over the past few years to strengthen its PC business, with purchases such as Brazilian electronics maker CCE in 2012, Germany’s Medion in 2011 and IBM’s PC business in 2005. Lenovo is also offering multi-colored IdeaPad Yoga convertible ultra-books which have helped build its brand in China and beyond. The global PC market is expected to week for few more quarters with demand coming from enterprise refresh cycle and stabilizing demand in the emerging markets will drive normal growth for the company.