Jim Balsillie and Mike Lazaridis are running Research in Motion (RIM) as co-CEOs since 1993 successfully until 2011 and the company had been through a turbulent year. Analysts and investors believe that co-CEOs are ruining the company. Lazaridis takes care of the technical side (Engineering & R&D) and Balsillie is responsible for the Finance, sales and marketing.  Lazardis built Blackberry, a device which was a new type of wireless handheld solution  for companies and it created an uncontested market space with in the enterprise segment and companies saved time and money because employees can access email almost from any place at any time without having to go back to the office. Balsille sold the device successfully to Companies and Governments and created an uncontested market space with in the enterprise segment, reaching beyond existing demand to unlock a new mass of customers (B2B) that did not exist before and aggressively partnered with wireless carriers to expand availability, with 100,000 installations of BlackBerry Enterprise Servers worldwide and currently has agreements with about 475 carriers and distribution channels in over 160 countries. In April 2009, RIM launched BlackBerry App World, a virtual storefront that collects BlackBerry applications in one central location and developers keep 80% of what they charge for their programs.

With its disruptive Product offering and unique blend of service and hardware solution the number of units of Blackberry sold raised from 500,000 in 2002 to 47million in 2010 and 38 million units in 2011 till third quarter. As of October 2011, there were seventy million subscribers worldwide to BlackBerry.  RIM co-CEOs turned it into a 20 Billion dollar business and  Blackberry had become a cult device like Apple products and Blackberry was a must have device for all the C level executives and Top Managers in the organization and in fact Blackberry has become an addiction (symptoms included constant checking of emails, need to hold the device always, etc) that affected many professional and non-professional users of the device. Blackberry had become a status symbol for business leaders, managers and other professionals as the device had features like push email, instant messenger and easy use contacts and calendar that sync, etc and Blackberry owners liked to flaunt their device and realized a need to constantly stay in touch with their work. Business organizations and governments bought Blackberrys for employees and profited by employees using the devices. Many fortune 500 companies and US government including the President started using Blackberry extensively within their organizations and Blackberry became integral part of the organization IT and Communications strategy. 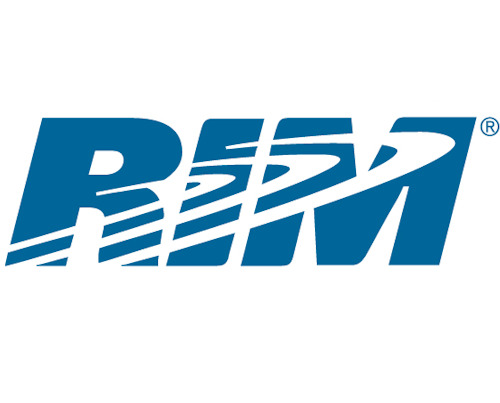 The success of the Blackberry had made the co-CEOs billionaires. With such a huge corporate success RIM started to focus on consumers segments along with its global expansion into other countries. The initial models of Blackberry 5 & 6 series were black & white integrated phones. The 7 series were the first color phones and 71 series are the sure type phones without QWERTY keyboards. The 8 & 9 series phones were the most consumer friendly models that had more features like other phones with better screens, camera, media player, touch screens, etc.   RIM also started focusing on the consumers with the launch of Blackberry Pearl model in 2006 as the consumers were not attracted earlier because of lack of features. Pearl was a more consumer-friendly Smartphone, with a sleeker form as well as a camera and MP3 player. RIM also started selling a higher volume of its low-end phones, such as the Curve or Tour series that are geared toward consumers upgrading to smart phones for the first time. RIM’s strategy has been to leave the telecommunications partners to handle the local marketing and it started advertising campaign focused on consumer directly in 2008. For global expansion RIM relied on the local wireless operators that had significant hold on their respective markets.

RIM had seen its Blackberry new subscribers came from the non business crowd like Teens, who loved BlackBerry Messenger and company believed for continuing to grow in the crowded U.S. market is to develop targeted products for specific groups of customers and hence released many models of its seven series of devices which also caused confusion to the consumers and developers could not develop apps. RIM announced the Blackberry Curve 8520, aimed at social media maniacs with buttons that allow users to upload media directly to YouTube and Facebook.RIM offers a wide range of devices that are highly subsidized by wireless operators as mass market consumers are more influenced by price than early adopters and this had led to the low average selling price even below RIM expectations. RIM expected to recover the revenue through data services and app sales. RIM also works closely with the wireless operators and it designs the products and service offerings as per their demand. One example is when operators wanted a device to counter iPhone Blackberry launched Blackberry Storm with sensory touch screen keypad. The overseas market other than US market has been a key growth market for RIM since last couple of years and RIM had invested heavily in these markets for growth.

Apple launched iPhone in 2007 which is an internet and multimedia enabled Smartphone with touch screen and it totally redefined the Smartphone market. Apple iPhone has become a cult device and six  generations of iPhone models have hit the market till now and Apple sold more than 200 million units. With half million applications in app store for the consumers to play with, iPhone is a great device that revolutionized the Smartphone segment with features like a portable media player (iPod), an Internet client with email, web browsing capabilities, multi touch screen, 3G connectivity, camera, etc. iPhone has provided consumers with an unique experience and it has been one of the most successful products for Apple that has generated significant revenues and profits. Apple iPhone created a target  market where it has total control of everything from the product design, pricing, software, app store and development to the way it markets and sells its iPhones. Initially only AT&T was authorized to sell the phone. Apple had been able to sell the iPhone at a premium and consumers are more than willing to pay the premium because iPhone was such a magnificent device with functionality and half million applications in the app store that allowed its users to use for everything. Apple has total control on the hardware, software and provided limited access to developers to its code and it tightly restricts the apps on its app stores and allows only apps that are approved by it.

Android is a pack of software for mobile phones that contain an operating system with middleware and key applications which was originally developed Android Inc. that was acquired by Google  in 2005 and T-Mobile launched the G1 Android phones manufactured by HTC to the public in 2008. Android is now the largest OS in the smart phone market with 44% market share in Q3 2011. Android is an open source mobile platform where any one can create applications and sell them through Android Market. Android has close to half million apps in Android Market as of now. Android phones are being launched by mobile makers like Samsung, Motorola, HTC and other players that are easy to use and often come with functionality and features that are more powerful and useful than the Apple iPhone. Android phones were initially launched with bigger screens, resolutions, multi touch screens & powerful chips like 1GHz Qualcomm snapdragon processor compared to 512 MB RAM of iPhone. Android also has support from multiple networks AT&T, T-Mobile, Verizon, Sprint, etc. Google still has central control over the code but allowed various manufacturers to flood the Market with Android phones at various price points and the wireless operators have pushed them into the market through advertizing and various subsidies on the devices and data plans. Consumers too embraced the device as suggested by market share figures. Google Android targeted the 81% percent market that were not using the smart phones and target this uncontested market, with devices that had features, functionality and apps.

Reasons for Blackberry Down Fall

Despite the fact that RIM is selling more units of Blackberry every year but its market share of the overall smart phone market is coming down. Android is growing at close to 900% YoY followed by Apple 90- 120% YoY. Android is seeing phenomenal growth as smart phone makers like Samsung, Motorola and HTC are flooding the market with more and more devices running android at all the price points. Apple is launching newer versions of iPhones with added features, functionality and millions of apps in its app stores. Apple generally focuses on the high end smart phone market that can afford to pay premium for the device but it also changed its strategy recently and is keeping iPhone prices near to the competitors high end models and started to offer smart phones at lower levels as it started selling its iPhone 3gs device free with a contract. This strategy of Apple had started affecting Blackberry and is also expected to affect the android phones too. RIM is not able to sell more units as Blackberry is perceived to be more of an email and messaging phone with weak web browser, few apps, poor media player for music & videos and ultimately poor web experience when compared to android phones and iPhone. The recent phones launched based on the Blackberry 7 OS did not match the consumer expectations.

Post economic recession, Businesses had started encouraging employees to buy smart phones and employees are more interested in buying iPhone and other android phones that are laced with superior features, powered with advanced chips and software and have large number of apps in the appstore to use. RIM is not able to sell Blackberry to the end consumers as the need of the consumer has changed towards a complete internet phone that allows them to access the social media along with messaging and email. Blackberry has only 3000 apps compared to million apps in both Apple and Android stores. Developers’ complain coding for the BlackBerry OS can be a bind, with the API changes, the diverse specs on devices like screen resolution, form factor and GPS, WIFI and the touch screen and optimized coding between individual major versions of the operating. Another reason is frequent outages that are occurring and disrupting the services for days. Outages are cause of concern not only for users but also to the corporate customers as they are seeing business losses and communication problems. There have been apprehensions that Blackberry is no longer reliable and with severe pressure from governments regarding the server locations and data there is more concern for corporate consumers.