Henri Fayol was a French industrialist and manager, working in the mine industry and looking for applicable solution to business management. He went to school in Lyon (the second largest city of France) and enrolled at the engineering school of Saint-Etienne (Ecole Nationale des Mines). He received an education as a mine engineer and graduated in 1860 from this school at the age of 19. He was first employed as an engineer at Boigues, Rambourg and Co. In 1874, this company became Commentry-Fourchambault SA or Comambault). It is important to notice he spend all his professional life in the same company experiencing its expansion and knowing well its structure and production methods. Fayol was first remarked as an engineer when he wrote a paper proposing a solution to fire hazard, fire fitting and spontaneous combustion in mine, destructing men and installations. In 1866, he was appointed director of a single mine of Commentry at the age of 25. The company was going through expansion and added several other mines to the company in other part of France such as Monvicq coal mine and Berry Iron Ore Mine. He became the directors of those mines as well at the age of 31. In the same time, those expansions did not translated in increase of dividend. Quite the contrary, Fayol had to face the fact that Comambault was in dire financial straits. In the late 1880s’, the company had failed to pay dividends for at least 4 years. In 1888, at the age of 47 he became the CEO of the Comambault conglomerate. The objective of his mission as a CEO was to make the company viable again which he did. He worked closely with his managers to turn the company around, closing inefficient units, investing in research and technology and expanding the geographical base of the company. 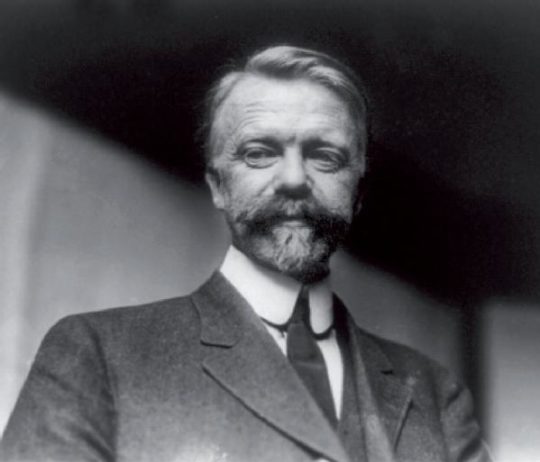 Henri Fayol was head of a very large business with over 10,000 employees, which at the time, was comparable to today’s international companies. He remained CEO until his retirement at the end of WWI, in 1918. Before his retirement in 1916, Fayol published his main book Administration Industrielle et Generale in the professional publication called Bulletin de la Societe de l’industrie minerale. In 1917, he sets up the Centre for Administrative Studies (CAS) in Paris. His reflections were published as a book only in 1925, the year of his death. This centre was important in diffusing his ideas. It organised seminars and colloquium with industrialists, public sector officials of the French state, engineers, the military, and various academics. The CAS was a platform from which collaboration and further works could be done. From 1921 to 1925, he collaborated to several studies on behalf of the French’s public sector. Notably, he produced a study of the Post and Telecom Department as well as the French Tobacco and Match monopoly.

One remarkable feature about Henri Fayol’s influence in management is the fact that he is little known compared to Taylor (1856-1915) who lived roughly at the same time. The epoch of the great development of the XIX century industry does not explain why one hits more fame than the other. In 1912, Charles de la Poix de Freminville met Taylor and stated to spread the principles of Taylorian organisation of work. Taylor’s work dealt with the workshop of manufacturing and Fayol’s with the mining industry and its general management. One must say that one aspects of the relative slow diffusion of Fayol’s ideas, is due to timing. In 1916 and 1918, France was dealing with the WWI and its aftermath. Although many of Fayol’s principles he developed in studies during 1921-25 could have been used for bettering the management of the French state agencies and enterprises were not followed. The reason have to be found in the institutional change of France at the time, whereby France was separating the church from the state in education, the growth of the public sector, labour union and large businesses correlated with the rise of professional managers and the interest in technology development. My view is that, for ideological reason, when the French state was trying to reinforce itself (by establishing national system of education, nationalisation of companies (train system, post & telecom, etc.) but also vis-Ã -vis the threat of Germany), Fayol’s pragmatic criticism and suggestion to change the state’s forms of management were not always welcome. The reinforcement of the state own industry and the regulation of market by state agencies went well until 1986.

That is in the large part, the reason why the French themselves did not consider Henri Fayol’s work the convenient resource to deal with the management of the French’s state agencies and industries. The US business school considered Henri Fayol’s works worth teaching their undergraduates. It only since the last 10 years (around the end of the 1990) French’s scholars have been studying back their own managerial roots. Despite the history of how Fayol’s ideas come about, one may ask us what is important in them to be consider foundational to management thought. In fact, there is, as any classical management thinker, a basic originality in Fayol’s proposition on the need of management regarding the dealing of the industry.

To a large extend, all management thinkers and practitioners view the management function as the means to organise technical function of the business toward an optimal economic efficiency. In this respect, Henri Fayol, Frederick Taylor or Alfred Sloan do not differ in their aim. One can find Fayol’s formulation of the role of management in the industry in a talk he gave in 1900 at the Congres International des Mines et de la Metallurgie. Fayol makes the following remarks:

Henri Fayol also make clear in his Book, General and Industrial Management, the difference of skills and attention one needs to deal with engineering work and management work. Fayol drew attention to the need for schools and universities to educate people about administration as a topic of its own right (in conjunction to engineering, and not engineering alone). The point of his reflection on the education needs of the engineers was trying to deal with the qualities required to make a good manager rather than relying on the formal rules of engineering, its aura amongst the bourgeoisie to provide good job to their kids. For that matter, the list of qualities needed to get effective manager is rather dissimilar to what is required to be an engineer alone:

Henri Fayol take the need of education very seriously. He indicates three main sources of issues that can potentially trouble the good education of managers: (a) the problem of industrial concentration, (b) the role of higher technical education and its abuse of mathematics and (c) intellectual curiosity.

One sees that Henri Fayol saw that the engineering education (such as he received with its predominance of mathematics) did not answer the challenge one is facing when dealing with organisation and human matters. He saw in management the field of practice and reflection that was needed in the domain where engineering, although provide efficient techniques for dealing with materials, was unable to address the human aspects. It does not mean that management was a sort of humanism but the normal counter-part of the rationalisation of an organisation (private or public) having in mind that one needs to take a special attention to the question of human organisation if one wants an industry to function.

As a result of his experience and of a continuous reflection on the way to make corporation work best, in situation of change, Henri Fayol reckons one needs to establish an administrative “theory” which takes into account:

In the general literature in management, Henri Fayol is often seen as the top-down manager that worked out the tools of governance to the distribution of task. In fact, his main focus was not to formalise the tools of decision making in a simple chart to follow. Fayol’s point was that an organisation could not be managed with a simplest view concerning both the function of the organisation and its human components. And for that matter, it is first necessary to consider the organisation, not simply from the tasks analysis view following technology application the industry, but as an integration of several key functions. In other words, Fayol invites us to grasp at once the complexity of the management of business organisation by taking into account the following functions:

Henri Fayol, as a practitioner, did accumulate a number of industrial and managerial experience before putting his ideas on paper. He kept copious notes of his observations, having a particular interest in organisational failure and the nature of responsibility and authority among key decision makers. In 1861, Henri Fayol write in his notebook an example of management failure. In one mine, he saw that all work had to be stopped because of an injury to a working horse. The mine manager was absent and the stable manager had no authority to obtain the replacement of the injured horse. In the case of the horse replacement, it was the inability of the company structure to deal with this technical problem that causes inefficiency. Henri Fayol did identify that authority was required to overrun narrow conception of decision making that did not keep the final objective in mind. Fayol was able to overrun the absence of the stable manager in order to get things done. In this case, one sees that authority is neither authoritative nor working without the flexibility demanded by the condition of the situation (the production of coal in this case). In his work, General and Industrial Management, he reviewed all aspects of management involved in the running of a business. Concerning the authority, he came with a list of principles:

But he did not concentrate only on authority since his interest was about the functioning of the industrial business in its entirety. Since most of the problems he encountered were not technical in the sense of related to engineering skill; but mostly managerial, he came to the conclusion that one needed a certain element of creativity in the managerial practices in order to accommodate industrial realities. For example, he gave the possibility of experienced workers to become supervisors of work groups. In developing working teams with the authority to act and make decisions in the mines, it improved both motivation and effectiveness. The objective was to make them responsible for quality and the timing of work. He observed that all employees are involved in the administration of the business to a greater or lesser degree.

In his book General and Industrial Management, Henri Fayol draws a comprehensive perspective of all his experience. One may call this a “general theory”. But it is clear that in Fayol’s words, it is an attempt to generalize the sum of experiences he has observed in managing Comambault in order to deliver a compendium of his ideas that could transcend industry and organisational types. One sees that in keeping the area of management large (from the decision making, the work relationship as well as the selection of human resources) Henri Fayol identified the following principles of management: